Slovakia has a rich culinary heritage, as evidenced by the many delightful dishes and words related to food. Because of the huge number of dishes made in their cuisine, learning some of the most common cooking verbs in Slovak can prove to be a useful asset to you. For example, the verb “vložiť” means to put, but it can also mean to lay, arrange, put on, insert, and stick. Slovak cuisine is rich in traditional dishes. In this article, we will describe some of the most important Slovak cooking verbs and phrases and unusual Slovak food products.

Slovak cuisine is not just a modern concept. Its origin dates back, and despite its origins being not as deep as those of some other cuisines of Central Europe, it’s still tasty and healthy. Once you know a few of the basics of Slovak cuisine, you will enjoy the dishes made traditionally.

The most important thing in Slovak cuisine is the way it is cooked. Cookery is natural art that has evolved in a very specific way, which is why the most famous Slovak dishes are the ones that are made in a particular way. To this day, all of our dishes have their characteristic shape and style, so the architecture of old-time houses is always something that we are all interested in.

Cooking is a complex endeavor that requires a fair amount of practice and patience to get the hang of. Many people have had the best intentions to create something delicious and have yet to get the results they had hoped for. Slovak is rich in its vocabulary and packed with interesting phrases. Would you ever need a cooking or food-related phrase in the Slovak language? In case you ever go to Slovakia to show off your fantastic language skills, the case if that you probably would.

Check out the table below for the most common words and phrases you’d want to learn to be able to describe your cooking endeavors successfully.

Question: How Does It Taste?

The Best Slovak Recipes You Should Know

In Slovakia, we have an abundance of good food. From the clear mountain rivers to the tender forest mushrooms, our country is full of tasty ingredients that can easily make tasty meals. However, it is not always easy to cook them well. I have taken two Slovak cooking books and divided their recipes into categories.

There are many different kinds of Slovak dishes that people usually like to eat, and some of them are delicious. They are generally also quite easy to cook, but they have a lot of different variations. So, if you are interested in trying some new Slovak dishes, check out the list below for five Slovak dishes you shouldn’t miss, and you’ll find in any decent Slovak restaurant.

Kapustnica is a traditional Slovak dish. It is made of cabbage, potatoes, and sometimes bacon or smoked pork belly.

The ingredients are boiled in water with salt until the vegetables are soft enough to be mashed by hand. The mixture can also be cooked until it becomes thick, like soup, but it requires more time than boiling it for an hour. Kapustnica can be served as either a hot or cold dish depending on personal preference. Every Slovak region or town has its version of kapustnica, and they all claim their version of it is the best, so it’s worth trying and judging on your own.

Fazuľová polievka is a traditional Slovak soup made with pearl barley, onions, carrots, celery, and garlic. The soup has an earthy taste that is perfect for cold winter days. The ingredients are cooked in water until the soft vegetables are mixed with mashed potatoes before serving. Fazuľová polievka can be served as a main dish or as a side dish to meat dishes such as pork chops or roast beef.

It’s one of the most popular dishes in Slovakia because it can be eaten all year round and is inexpensive to make.

Guláš is a traditional Slovak dish that consists of meat, onions, garlic, and tomato sauce. It’s usually served with dumplings. The ingredients are cooked in one pot for about an hour before being poured into bowls to be eaten with the dumplings on top or alongside them.

The word guláš comes from the Hungarian gulyás, which means herdsman. This dish was made initially by herdsmen who cooked meat on an open fire and herded their cattle to market. The Slovak version of this dish has many regional variations, depending on what ingredients are available locally.

Bryndzové halušky is a Slovak dish consisting of potato dumplings and sheep cheese. The potatoes are boiled, mashed, added to flour and other ingredients (like eggs, salt), and then cooked in boiling water. The bryndza is placed on top of the dumplings before serving. This dish can be eaten as an appetizer or main course with some fried bacon bits sprinkled on top.

Bryndzové halušky is usually served as an appetizer before other dishes in Slovakia. Still, they can also be eaten as a main course, and it goes well with some cold beer (pivo).

Slovak words, Slovakia, foreign language, speak, lesson, words If you’re curious and want to know more about Slovakia and Slovak language, check out the Ling App language learning app developed by Simya Solutions! The Ling App is a gamified platform that has built-in interactive lessons, fun games, and a lot more to help you learn Slovak with as little effort as possible.

The Ling App allows you to learn almost any foreign language on the go, offering an excellent course for over 60+ language options. In addition to that, check out our Slovak blog to learn more about this wonderful culture and its people. Our most recent articles discuss the common question words and verbs.

What are you waiting for? Learn Slovak with us on the go! 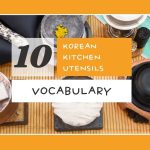 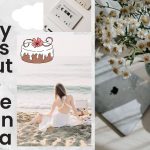 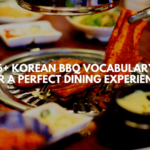 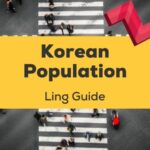 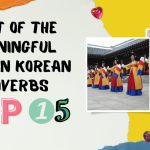 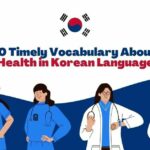