If you are anything like me, you must adore learning a language by watching movies. Understanding the complex nature of the Punjabi language becomes exceptionally easy when immersing yourself in a fun way related to your actual interests. In this blog post, we will talk about some of the most amazing Punjabi movies you should watch if you want to enhance your grammar and vocabulary while getting to know the Punjabi culture.

You don’t need to search anymore. Select from the list and watch these a couple of times to learn the Punjabi language. Let’s start learning!

The Punjabi Film industry, also known as Pollywood, is an excellent part of Indian cinema. Most of the popular Punjabi movies are either funny or rom-com. Punjabis are famous for their humor, which is reflected in their movies.

In recent years, Canada because the leading consumer of Punjabi films. For this reason, they are known to be the second largest market destination for Punjabi cinema across the globe. The movies covered below are the finest Punjabi movies in the industry and are worth watching.

This movie was released in 2012 and starred Binnu Dhillon, Gippy Grewal, and many more. Binnu Dhillon always appears in comedy movies, so you now have an idea that this movie is a comedy too! Almost 3.5 crore INR (Indian Rupees) were invested in making this movie, and it did a thriving business of nearly 18 crore rupees. That’s a huge turnover. This movie has nine songs and has won eight awards in different categories.

If you ever watch this movie, don’t forget about Carry on Jatta 2, as that is on another level of comedy.

In the movie, a boy, “Jass,” accidentally sees a girl, “Mahi,” and immediately falls in love with her beauty. All that happened at a wedding that Jass’ friend Honey organized, and Jass was just there to help him.

He loved Mahi but had told many lies just so he could marry her, which he did later in the movie. The suspense begins when Jass’ landlord’s son “Goldy” marries the love of his life “Preet.” Goldy and Jass agreed on a plan to tell Goldy’s father that Goldy had married Mahi (Jass’s wife) and that Jass had married Preet (Goldy’s wife). But in the end, everyone caught their lies and forgave them for everything they did. Jass, Mahi, Goldy, and Preet lived happily in the same house.

This movie was released in the year 2019, and it starred multiple actors from different Pakistan and India. Pakistan’s most famous stand-up comedians, Iftikhar Thakur and Nasir Chinyoti, are the film’s main characters.

I bet you will probably roll on the floor laughing watching the epic comedy scenes of this film if you understand Punjabi. Besides those characters, Arminder Gill, Gurshabad, and many other stars are part of the cast for this film. With its fantastic storyline and characters, it has become one of the highest-grossing Punjabi movies.

In this movie, three people, Arminder Gill “Jinder,” Gurshabad “Billa,” and Hardeep Gill “Bikkar,” had moved to Birmingham, United Kingdom, illegally. They all were there because they wanted to make money for their family back home.

They are always afraid of the police outside their apartment because they are doing multiple jobs. One day they were rushing out of their place as the police came, so while running away from the police, they accidentally met Iftikhar Thakur “Shamsher.” It turned out that Shamsher was looking for roommates as he couldn’t rent a place alone, thanks to the high rent rates in Birmingham. So, they all move in together. They made more friends, Savy and Bal, who were a couple, and moved in with them.

One day police caught two of all these friends, and the rest tried to get them out of jail and succeeded somehow.

Shadaa was produced in 2019, and the main actors in this film are Diljeet Dosanjh and Neeru Bajwa. Shadaa is a Punjabi word that means Bachelor. It is a romance and comedy Punjabi movie which earned almost 53 crore INR. It is the second highest-grossing Punjabi Movie of all time after Carry on Jatta 2. This movie has six audio tracks in it. In this movie, the producer tried to bring back the optimism of love in a funny way.

Diljit Dosanjh “Chadta” family wanted to get him married as soon as possible. But this became an impossible thing to do. Even the marriage bureaus couldn’t find someone he and all his family would approve of. But somehow, he met the woman of his dreams Neeru Bajwa “Vanjhali,” who was a wedding planner.

Chadta was shown as a desi person (local Indian) who believed in the idea of marriage and thus wanted to marry Vanjhali. On the other hand, Vanjhali intended to stay in a live-in relationship because she thought that marriages were useless and were a failed concept for people.

On a fine morning (not so fine for Vanjhali), Vanjhali’s parents told her that she needed to marry Bagh Ali, who had the same thoughts about marriage. Chadta was called for their pre-wedding photoshoot, and Vanjhali ran from her house to avoid the wedding. He found her, got married, and lived happily wed ever after.

Lahoriye is one of the most emotional Punjabi movies you might have ever seen, starring Arminder Gill “Kikkar Singh,” who is Sikh and lives in India, and Sargun Mehta “Ameeran Khan” who is a Muslim and lives in Pakistan across the border. Being a Pakistani and having friends in India, this movie literally made me shed some good tears.

This movie has a lesson for people of both countries to love each other instead of having eternal hatred against each other. For its fantastic storyline, it has won almost 16 awards and has a total earning of nearly 15 crore INR.

Kikkar Singh returned to India, convinced his parents to marry a Pakistani girl, and went to Pakistan with his whole family to talk to Ameeran’s family about marriage. Initially, both the families agreed, but differences grew over small things, and because of these differences, the wedding got canceled. The remaining movie was about how he tried to bring them together again. In the end, both Kikkar Singh and Naseem Khan got married to the love of their lives.

Honsla Rakh is a Punjabi Indian rom-com movie released in 2021 and produced by Diljit Dosanjh. Honsla Rakh means “be patient.” Diljit Dosanjh, Shehnaz Gill, and Sonam Bajwa are the main characters in the movie. This movie was made in Vancouver, giving it a unique storyline backdrop. This movie has six audio tracks and has a turnover of 54 crore INR worldwide.

Diljit Dosanjh “Yankee Singh” lived alone with his son Happy Singh as he was a single parent who divorced just after Happy’s birth. Yankee always introduced his son as his younger brother and tried to find him a new mother. One day, Yankee and Happy were at an airport waiting for their plane when his ex-wife sweety showed up. She met him but had to leave when her husband called her.

Well, the delayed flight got canceled, and Yankee came across a beautiful girl, “Jasmine,” and convinced her to marry him after some weeks. But Jasmine called it off when she found out he already had a son. The rest of the story is about how they finally get married, creating romantic and funny scenes in the movie.

We have talked about the Punjabi actors in Bollywood, but do you know anything about the Bollywood actors in Polywood?

Jimmy Shergill is the perfect example of this, as his Punjabi Movie (2022) was released in which he had to speak Punjabi throughout the movie, thus giving a well-deserved treat to the audience. Navaniat Singh is the director of this action, thriller, and romance movie. He is famous for producing films with the storyline like in TV dramas.

It’s not very common for him to speak Punjabi; the last time he did so was in the latest Punjabi movies in 2018, i.e., Daana Paani. Blessing your eyes again, the actor has starred in a film, Shareek 2, which is a sequel to Shareek.

Despite having many stereotypical characters in the movie and the entire story plot based on the Punjabi film in the 2015 era, the movie comes up with fantastic plot twists to grab the audience’s attention.

Once you start watching this movie, you might start thinking it’s redundant and question whether it was created in 2022. Punjabi films might give you a bad taste in this regard, but this movie is different since you can’t help but love it while it’s reaching its end.

I won’t tell you much about this movie because I don’t want to leave any spoilers and instead want you to watch and enjoy the film yourself.

The movie starts with a wedding of the Pind in Punjab in which a brother marries to save the name of the Randhawa family. Gulbaaz, one of the two sons of that man, starts liking a girl named Rupi while hating his father and brother. Gulbaaz comes across several occasions where he has to get in the way of his brother when his uncle tries to spread rumors and create disputes.  The rest you can know once you watch the movie!

That’s it for this blog post. If you are interested in learning more about the Punjabi language, check out the Ling App, which will bless you with the best in understanding the Punjabi language. You should also look into Punjabi sports vocab and Punjabi Pronouns List if you plan to enhance your vocabulary. Start learning Punjabi today! 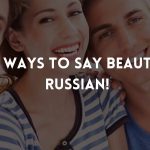 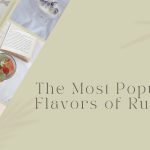 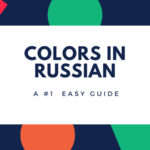 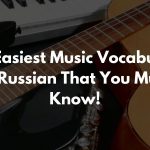 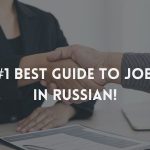 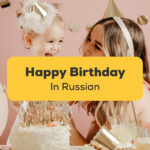