Learning a new language becomes fun when you start watching movies in that language too. Since Bollywood has a great name and fame, as a Punjabi learner, you might be interested in knowing about the top Punjabi actors in Bollywood. So I am presenting you with another article to feed your curiosity and help you learn more about the Punjabi people.

Bollywood is like India in having culturally and religiously diverse people in the industry. It is full of charming, glamorous Punjabi actors who make the entire Bollywood shine and, in other words, give the most needed tarka to the industry. Let’s learn all about these awe-inspiring Punjabi Bollywood actors below.

He was a professional wrestler and won many national and international tournaments, and after that, he started working in the Punjabi film industry. He has worked in many popular Punjabi films such as “Nanak Dukhiya Sub Sansar,” “Bhagat Dhanna Jatt,” “Dukh Bhanjan Tera Naam” and “Sawa Lakh Ek Ladun.”

He is among the pioneer figures in the Indian film industry. He started acting at 22, and his first film role was in 1928, in a silent film called “Dhari Talwar.” He went on to play leading roles in many hit Bollywood movies such as “Awaara,” “Pyaasa,” and “Beti betay.” While serving, he has been awarded several titles and awards like Dadasaheb Phalke Award and the Padma Vibhushan. Kapoor died in 1972 at the age of 70.

Rajesh Khanna was a Punjabi actor who found success in the Hindi film industry. Born in Amritsar in 1942, he came from a Punjabi family that had been involved in the film business for several generations.

Khanna made his debut in Bollywood with the movie “Aakhri Khat” in 1966. He starred in several blockbuster films, such as “Anand,” “Namak Haraam,” and “Khoon Pasina.” He was often referred to as the “First Superstar” of Hindi cinema. Khanna retired from acting in the early 1980s but continued involved in the film business through production and distribution. He passed away in 2012 at the age of 69.

Sunil Dutt was one of his generation’s most popular and respected Bollywood actors. Born in 1929 in a small village in Punjab, Dutt began his career as a child actor in Punjabi movies before moving to Bombay to pursue a career in Hindi films.

He found success here, appearing in a string of hit movies throughout the 1950s and 1960s. In 1981, Dutt was elected to the Lok Sabha, the lower house of the Indian parliament, where he served until 1987. He continued to act and produce films until he died in 2005. His son, Sanjay Dutt, is also a successful Bollywood actor.

Om Bhatia, known as Akshay Kumar, was born in 1967 in Amritsar, Punjab, and before becoming an actor, he started his career as a model.

He is currently married to Twinkle Khanna, with whom he has two children. He is a famous Indian film actor who has appeared in over a hundred Hindi films. Akshay Kumar was first seen in Bollywood with the film ‘Saugandh’ in 1991. Some of Akshay Kumar’s best movies include ‘Namastey London,’ ‘Singh Is King,’ ‘Khiladi 786’, and ‘Airlift.’

Shergill is known for his intense acting performances and good looks, and he is considered one of the most popular actors in Punjabi cinema. Shergill was born in Dehra Dun, Uttar Pradesh, India, on December 3, 1970.

He got his early education in Lucknow from St. Francis’ College and then at Hansraj College in Delhi University. He was first seen in the television serial “Swabhimaan.” He made his film debut with the 1996 film “Maachis.” Shergill has since appeared in numerous movies and television shows. He has also produced and directed two films, “Maa” and “Dharti.”

Sunny Deol is a famous Indian actor who has made a name for himself in Punjabi cinema. He was born in India to a Punjabi father and an English mother, and he began his film career in the early 1980s.

Sunny Deol is renowned for his roles in films such as “Gadar Ek Prem Katha” and “Border.” He has also starred in several Hindi-language films and is one of the few Bollywood actors who can speak Punjabi fluently. In addition to his work in cinema, Sunny Deol has ventured into television, appearing as a judge on the reality show “Roadies.”

He has also been involved in politics and is currently a Bharatiya Janata Party member.

Juhi Chawla is a well-known Indian actress in many Bollywood movies. She was born in 1967 in Ambala, Haryana, and started her career as a model before launching herself in the Hindi film industry with the movie Sultanat. Some of her other famous movies include “Qayamat Se Qayamat Tak,” “Darr,” “Hum Hain Rahi Pyar Ke,” and “Yes Boss.”

In addition to her work in the Bollywood industry, Juhi Chawla has also appeared in several Tamil, Telugu, and Punjabi films. She got married to businessman Jay Mehta, and they have two children. Punjabis love business and businessmen anyway.

Randhir Kapoor is a veteran film actor who has appeared in both Hindi and Tamil cinema. His father, Raj Kapoor, was a famous film director and producer, and his grandfather was also an actor.

Bobby Deol has appeared in numerous Bollywood films. Being the son of shining old actor Dharmendra and the brother of Sunny Deol, Bobby made his acting debut with the movie “Refugee” in 2000.

Since then, he has starred in many hit films such as “Bichhoo,” “Humraaz,” and “Yamla Pagla Deewana.” He is the most renowned for delivering quality work in the film “Gupt,” where he played the role of a murderer. Bobby’s acting skills were praised by critics, and he won several awards for his performance in the film. Bobby and Sonu Sood worked together in a movie named” Ek The Power of One.”

Amrish Puri Was A Veteran Indian Actor Who Appeared In Both Hindi And Punjabi Films. He Was Born In Nawanshahr, India, And After Moving To Mumbai, He Made His Acting Debut In The 1982 Film Gandhi

Puri Went On To Play Supporting Roles In Films Like “Naseeb” and “Coolie”. He plays the lead role in” Elaan,” “Jaal The Trap,” and the man of others. He rose to international prominence with his performance as the villain mola ram in Steven Spielberg’s 1984 film, i.e., Indiana Jones and The Temple of Doom. Puri went on to have a successful career in both Hindi and Punjabi films, appearing in hits like “Dilwale dulhania le Jayenge” and “ardab mutiyaran.” He passed away in 2005 at the age of 72.

Karan Johar is an Indian film actor, producer, and director of Hindi films. He is the owner of Dharma Productions and was the president of the Student’s Council at Mumbai’s prestigious St. Xavier’s College.

Om Puri was born in Ambala, Haryana, India, on October 18, 1950. He took his primary education from the Film and Television Institute of India and started his career with a role in the Marathi film Ghashiram Kotwal in 1976.

He also went to Pakistan for his Urdu movie “Actor in law.” In addition to his work in Indian films, Puri also appeared in international films such as “My Son the Fanatic” (1997), “East Is East” (1999), and “Charlie Wilson’s War” (2007). His professional excellence bestowed him with a couple of awards, the most highlighted ones being the National Film Award: Best Actor and the Padma Shri. When Puri reached the ripe old age of 66, he passed away on January 6, 2017.

Diljit Dosanjh is a singer and actor from India who has had great success in recent years. He is one of the exceptional actors in India who are loved and has been praised for his majestic excellence in the movies Udta Punjab’ and ‘Soorma.’

Dosanjh is a popular figure in Indian media and is known for his down-to-earth personality. He has said that he wants to focus on acting in the future and has already signed on to star in several upcoming films.

Ayushmann Khurrana is a famous Bollywood actor and singer who has appeared in films like “Anek” and “Dum Laga Ke Haisha.”, leading him to get his hands in a couple of awards, from which two are Filmfare Awards.

Khurrana was born in Chandigarh, India, and is fluent in Hindi and Punjabi. He was first a radio jockey and television host before becoming an actor. His first film role was in the romantic comedy “Vicky Donor,” for which he won critical acclaim. He has since appeared in some hit films, most recently the thriller “Andhadhun.”

Neeru Bajwa is a Canadian actress of Indian descent. She has worked in quite a few movies, like “Jatt & Juliet” and ” Miley naa Miley hum.” Bajwa is known for her natural beauty and down-to-earth personality.

Besides working in the movies, she has also appeared on television and in music videos. Bajwa is a popular role model for young women, and she has been praised for her quality work, professionalism, and role model for most people. With her successful career and positive outlook on life, Neeru Bajwa is one of India’s and Canada’s most beloved actresses.

With that being said, if you are learning the Punjabi language and want to expand your horizons, try Ling App.

The Ling app is an all-in-one package for resources you need to learn new languages. Be it Punjabi or any other related language, we have a solution for all your problems. So worry no more and download the Ling App today to learn this beautiful language.

Download the app from Google Playstore or App Store and Learn Punjabi now!!! 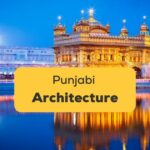 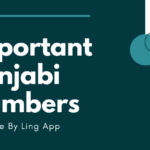 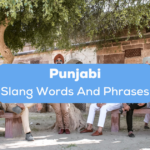 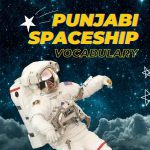 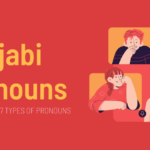 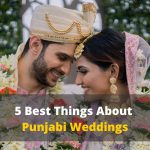 5 Best Things About A Punjabi Wedding