You must know a lot about South Korea by now, but can you pinpoint precisely where it is located on the map? Are you aware of its capital and neighboring countries? In this blog post, we will brief you about all these essential details about the Korean map. If you are ready for that, let’s get started!

The Korean map has changed a lot over the years. There used to be a time when the name Korea referred to the Korean peninsula before World War II, but now there are different meanings depending upon the expression that comes before it, i.e., north or south. Let’s learn about the Korean peninsula and the map of South Korea in East Asia.

South Korea is located in Eastern Asia. The capital city of South Korea is Seoul. South Korea takes around 45% of the entire Korean peninsula in its Southern half. There are approximately eight provinces along with six metropolitan cities in South Korea. Furthermore, there is also an autonomous island in South Korea called Jeju island (an excellent spot for most tourists to go to).

Seoul As The Capital City

The capital city of South Korea is Seoul which also has the title of Special town in South Korea. Seoul is a bustling yet developed city. Korean tourists are suggested to use flat footwear if they wish to roam around the endless roads of Seoul.

You cannot go to most places by car in Seoul since the streets are heavily crowded. You would always have to find your way, so best of luck with that!

Is There Another Capital?

Most countries have one capital only, but South Korea has two capitals: Seoul and Sejong. These cities have their special status and are known to work independently. In 2007, it was noticed that a considerable number of people resided in Seoul, which made things hard both for the government and the people to manage.

The government introduced another capital to the people to balance things out, accommodating the people living and working in Seoul. The offices were moved, and thus the people had to move. Even though Sejong is also the capital of South Korea, you would always hear Seoul whenever you ask about South Korea’s capital.

The physical map of south Korea has different essential details like the mountains and volcanoes in South Korea. There are further tremendous floods marked by heavy rainfall and winds on the southern coast of South Korea.

There are several volcanoes in South Korea. A very famous and extinct volcano is in Halla-san in the Jeju/ Cheju Islands. Mt. Hallasan is also the largest mountain in South Korea. Another distinctive element of the physical geography of South Korea is Boseong with its tea fields.

South Korea also experiences the extreme yellow dust (Hwang so) coming from the Gobi desert. Have you ever wondered why the people in Japan, China, and Korea mostly wear surgical masks on their faces? Now you know why!

Have you watched the popular K-drama, Crash Landing On You? Any two countries separated from one region often tend to have a beef with each other. One such example is India and Pakistan, while another is South Korea and the Democratic people’s republic.

There is a border between the two countries known as the DMZ, aka Demilitarized Zone. There are roughly two million people who monitor this region to maintain peace, harmony, and stability.

There are different details to this border. Along with strict and meticulous monitoring, the region is also controlled by four tunnels beneath this border. One of them is the third tunnel of aggression by South Korea.

In 1978 the tunnels were made by the North Korean forces; however, now their status has been changed, and they are mere tourists spots to explore more about the history of South Korea. These tunnels are still heavily guarded and checked.

It does not change like the google maps we use all over the world. Instead, it stays the same, which is quite strange. You must be wondering why that is so. This is because of the Special data industry promotion act. This act does not allow the Korean spatial data to be shared that easily since it could also include military information and thus can threaten the country’s safety.

Don’t believe us? Check it yourself!

That’s it for this blog post. Now you are a pro at Korean map and Korean geography. Keep reading more and more Korean blogs to become like a native Korean person. Once you start learning on Ling App by Simya Solutions, you would not like any other site to learn Korea. Yes, it’s that good! We assure you that Ling App has all that you need. Be it the official language of South Korea or its cultural technicalities, we enlighten and inform you about everything. We provide a myriad of ways to learn without getting bored. 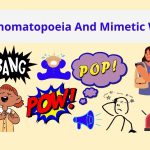 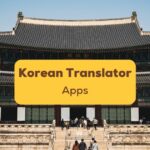 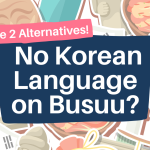 No Korean On Busuu? The 2 Best Alternatives In 2022 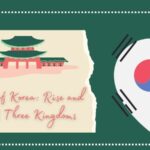 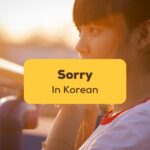