Wondering how to say technology words in Tagalog? Well, worry no more! Here is a list of common and easy words related to technology in Tagalog.

Technology has been a huge part of our everyday life. Nowadays it’s a necessity to at least learn about basic technology to be used in the different aspects of our daily lives like for communication with friends, family, and colleagues. It can also be used in business and entertainment. Technology also helps us in traveling and leisure.

In short, technology is an integral part of our daily life, as well as in the fields of science, industry, communication, transportation, and even in learning a language. Technologies include actual items like machines or utensils as well as immaterial things like software.

But, even though technology helps us a lot, it can never be a substitute for an actual human. They are just tools that we use and prepare to make our lives easier. So, in this blog, we will learn different technology words in Tagalog and their definition.

What Is ‘Technology’ In The Filipino Language?

The Filipino/Tagalog word for technology is “teknolohiya”. But, because technology is a part of modernization, most of the technology words do not have a Tagalog or English translation. Some exist because of research of people with a high degree but most of the terms about technology do not have a Tagalog or slang version. There’s a rule in the Filipino language that borrowed words and technical terms do not need to be translated especially if it can cause confusion and it’s far from the English word.

Now that you have a little bit of an introduction to how Filipinos translate or borrow terms about technology, let’s learn some examples of them.

There are different ways to form the translation of an English word. The first one is direct translating where you directly translate a word based on its literal meaning. But, not all the time it’s correct so here come the contextual translations where Filipinos translate the meaning of the word based on its context. Lastly, there is a neologism which refers to the newly coined terms that want to have a Tagalog translation for every English word.

In general, there aren’t many translations for technology terms as Filipinos mostly borrow the words directly to avoid confusion. There aren’t also books or other materials that are published about this. But, below are some technology terms in Tagalog.

The first example is kompyuter. This is the kind of translation that is easy to learn for English speakers. It sounds very familiar with the English words. The only difference is the letters used, but the sound and pronunciation are almost the same.

The next example of a technology word in Tagalog is selpon or telepono.But, the word “selpon” for the English word “cellphone” isn’t always used that much. Filipinos usually borrow it directly or use the slang term, “CP”. On the other hand, the word “telepono” is also not hard to understand. They just basically spell the English word “telephone” using the Filipino alphabet.

This example of translation isn’t used all over the country but you can still see them in social media and books so it is still worth learning it. The Filipino word “Sulatroniko” is a combination of two words: “sulat” means “mail or letter” and “elektroniko” means “electronic”. When you combine them together, these words translate to “sulatroniko” which refers to “e-mail”.

Are you an e-book type person or a printed book type of person? The next example is aklatroniko. Just like the previous one, it is a combination of two Tagalog words: “aklat” which means “book” and “elektroniko” which means “electronic”.

Nowadays, e-books are popular not just in the Philippines. E-books nowadays are not only used for educational purposes. They also play a big role in entertainment. If you’re a Filipino, it’s impossible that you haven’t heard of famous e-books like “Diary ng Panget” and “She’s Dating the Gangster”.

The word pang-ulong hatinig is another example of a technology word in Tagalog that is not widely used in the country. But, thanks to Filipino linguists, they have come up with a translation that actually makes sense.

A headset is a technology used to hear the sound coming from a device such as a computer, cellphone, or others. The Tagalog word “Pang-ulo” means “for the head” and “hatinig” came from two words which are “hatid” (to deliver/accompany) and “tinig” (voice/sound).

Back in the day, microphones are only used in programs, TV, shows, radio stations, call centers, and other professions that require the use of voice. But now, microphones are one of the most used technology. People use “miktinig” or microphones nowadays for vlogging, conducting online classes, video conferences, and more. So, I think, it’s essential to learn the Tagalog translation for this. There is also another more common translation of microphone in Filipino that is used in the country and that is “mikropono.”

The next vocabulary that you will learn is the word “pook-sapot” which translates to “website” in English. It is an example of direct translation. The word “pook” means “place” and sapot means “web” (spider web). Although you cannot really hear this word being used commonly, it’s still nice to have a translation of this word in Tagalog.

“Panginain” is the Tagalog word for “browser”. This neologism was created for individuals who demand that every English word have a “native” Tagalog counterpart. In the Philippines, the internet browser that is commonly used by people is Google Chrome. Of course, some of them also use Firefox and Safari but Google Chrome is still one of the leading browsers in the Philippines.

The word “pantablay” is another neologism. It is used as a translation for the word charger in Tagalog. However, it’s not that commonly used in the Philippines since they are used to saying “charger”. On the other hand, when you hear the word “i-charge,” it’s the verb form that means “to charge”.

The last technology word is “kamera”. This is easy because the first letter is the only one that is changed since Filipinos don’t have the letter “c” in their alphabet. Cameras are a big deal among Filipinos nowadays. They use it to take selfies and other photos, filming, and of course for vlogging.

Tagalog Words Related To The Internet

Technology Words Without Translation In The Tagalog Language

Use Technology To Learn Tagalog Now!

Technology has indeed changed the lives of people. Because of technology, many things become possible and one of them is learning a new language. One of the perfect examples of an effective language learning app is Ling App.

Ling App is a language learning platform that provides an extensive and fun language learning experience for language learners. It has well-developed features like quizzes, spaced repetition, audio recordings, speech recognition, and more. These features will definitely improve your language skills and will also help you express your feelings and thoughts using the Tagalog language.

So, encourage yourself to learn the language through Ling App. Start your free Tagalog lesson now! 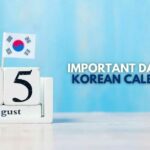 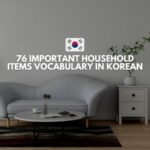 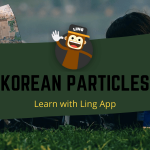 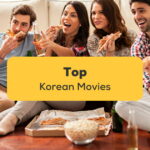 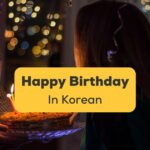