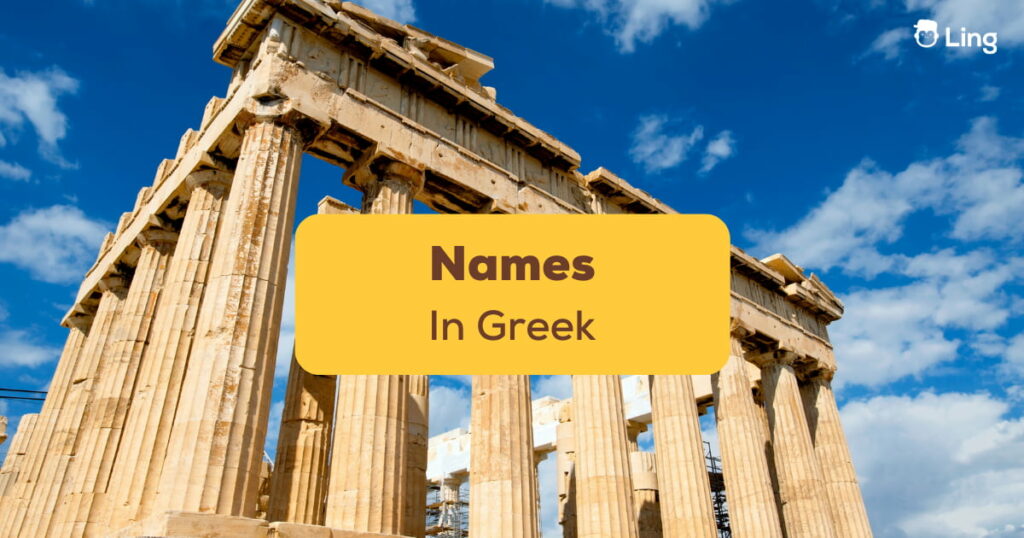 Choosing a name for your baby is a critical and tough process, filled with doubt and indecision. You want to choose a name that is both unique and has a beautiful meaning behind it, and you want to avoid Greek baby names that are negatively charged by some event in the past. This is the first decision you will make regarding your baby and is one that will follow him for the rest of his life.

Greek culture is so filled with history that most names in Greek are charged with historical importance and cultural meaning. Well-known Greek names such as Socrates and Zeus are strong, while Aphrodite and Olympia are beautiful and heavenly.

Of course, you should choose the Greek name for your baby with caution to avoid selecting one that may have a dark story or meaning behind it.

For example, Keres may have an excellent and powerful sound, but it’s also a vengeful spirit of death. Another example is Pandora, a gifted and talented woman, but in mythology, she is the first mortal woman who unleashes evil upon the world. This is why you need to do a little research about the names before making a final decision.

In this article, I will show you the most common names in Greece and their meanings so that you can choose the one you like the most, utterly aware of its story!

The Origin Of Greek Names

The greek culture is one of the oldest in the world, with Ancient Greece filled with stories of deities, myths, and traditions. This is why greek baby names are highly based on deities and mortals from antiquity, either in their original form or a variation.

When told in English, Greek names are sometimes converted through their phonetical sound, such as Eleni for Ἑλένη.

What Are Popular Greek Names For Girls?

Many greek baby names come from either a combination of Greek words or Greek God names that are used to inspire and bring good luck. Feminine names in Greece are inspired by Goddess names, signs of purity, beauty, and love, which were believed to get the same characteristics as the woman that carried their name.

The name Andromeda (Ἀνδρομέδα) is derived from the Greek words ἀνήρ (aner) – meaning “man” – and μέδομαι (medomai) meaning “to be mindful of, to provide for.” In Greek mythology, Andromeda was the daughter of Cassiopeia, and later on, in history, both became constellations in the sky. If you want a baby that is represented in the skies, then this is a great choice for you.

Cassandra (Κασσάνδρα) is the Latinized version of Κασσάνδρα (Kassandra), derived from κέκασμαι (kekasmai) meaning “to excel, to shine” and ἀνήρ (aner) meaning “man.” Combining both words results in the name Kassandra meaning “shining upon men.” According to mythology, Cassandra was blessed by Apollo with the gift of prophecy because of his love for her. After her betrayal, he cursed her so that nobody would believe in her. This beautiful name gives both a sense of lightness and power.

This exotic name comes from the Greek word Δαναοί(Danaoi), used by Homer to designate the people of Greece. Danaë (Δανάη – Dan-ay-ee) means “Bright” or “a judge.” In Greek myth, Danaë, a goddess of music and poetry, was the mother of Perseus, a great hero in Greek history.

The name Hermione (Ερμιόνη), made famous by the cute character in the Harry Potter saga, derives from the name Hermes and means “messenger of the Gods” (See below for more information about the name Hermes).

In Greek mythology, Hera was the queen of the gods, a great warrior filled with courage and glory. The name Hera comes from ἥρως (heros), meaning “hero, warrior.”

According to Greek mythology, Iris was the goddess of the rainbow, using this colorful path to deliver messages across Olympia. The name Iris (Ίρις) is a reference to this divinity since the translation of the name means “rainbow.”

The name Jacinta was created based on the beautiful hyacinth flower. This flower is called Ὑάκινθος (Hyakinthos) in Greek, resulting in the Latinized name Jacinta.

You may not know, but the name Katherine, so very common among English-speaking countries, originally comes from Greek. Katherine (Αικατερίνη) is the Latinized version of Αἰκατερίνη (Aikaterine) that, in its turn, receives its meaning from the Greek word καθαρός (katharos),” meaning “pure.”

In Greek mythology, Olympia was the house of the Gods. It was where all Greeks aspired to go in the afterlife, to meet their Gods and spend eternity among them. In Greek, Olympia (Ολυμπία) translates to “from Mount Olympus.” Probably one of the most beautiful names for girls in Greek.

This name has been used for movies, books, and even songs. The musicality that the name Ophelia (Οφηλία) transmits comes from the ancient Greek “ōphéleia” (ὠφέλεια) meaning “aid” or “benefit.”

Have you ever wondered who the mother of all the gods in Olympia was? According to Greek mythology, Rhea (Ρέα) was a Titan that gave birth to all the deities veneered by the Greeks. She then became the goddess of birth, aiding those who wanted to become parents.

This sweet name Selene (Σελένα) is derived from the word sélas meaning “bright,” and is shared with the goddess of the moon in Greek Mythology.

The name Stephanie is one of the many derivations that occurred from the greek word Στέφανος (Stephanos), which means “crown, wreath.” In almost every language, you’ll probably find an adaptation of this name, like Estefânia in Portuguese or Stefanie in German.

I can’t think of a more poetic name in Greek than Theodora (Θεοδώρα). This beautiful name comes from the Greek name Θεόδωρος (Theodoros), which meant “gift of god” from Greek θεός (theos) meaning “god” and δῶρον (doron), meaning “gift.” Both meaning and phonetics make this one of the most chosen names in Greece.

Translating to “guest,” “hospitality,” and “stranger,” the name Xenia (Ξενία) is a derivative of ξένος (xenos), meaning “foreigner, guest.” It is a true representation of the Greek people.

The name Zoe (Ζωή) is one of the more modern greek names and comes from the name Eve, which means “life.”

Other Popular Greek Names For Girls

Heroes of Ancient Greece deeply influence Greek boy names; most of them try to transmit power and strength. However, you’ll often find some words representing weakness and negativity.

This name may be the best representation of Greek names. You may recall the Adonis statue present in the Louvre and immediately associate this name with beauty and perfection. Well, your first instinct is correct! The name Adonis comes from the Phoenician 𐤀𐤃𐤍 (ʾadon), meaning “lord” or “master” according to Greek mythology, Adonis was a young man of remarkable beauty and physique who caught the heart of Aphrodite. Unfortunately, the young man was killed while killing a wild boar, and from his blood sprung a flower. Due to Aphrodite’s love for him, Zeus allowed him to come to life once per year, representing spring.

Apollo, from Greek Ἀπόλλων (Apollon), was the God of medicine and healing who drove his fiery chariot, also known as the sun, through the sky. This courageous deed gives the name Apollo the association with “Manly and handsome.”

Latinized version of Κύριλλος (Kyrillos) that derives fromκύριος (kyrios), a word used many times in the Greek Bible to describe God. This name is associated with the words “lord” and “master.”

Selflessness and humility. This name that originates from διάκονος (diakonos) embodies these characteristics as it is associated with the Christian clergy. This name means “messenger” or “helper.”

One of the party names in the Greek vocabulary, Dion means “follower of Dionysus.” And who was Dionysus you may ask? God Dionysus, the god of wine, fertility, merriment, and theatre, possessed great power and had the ability to transform himself into either a bull or a lion. Quite a party trick, don’t you say?

The name Eros (Ἔρως) transpires sexuality. It comes from the God of love and sex with which it shares the name. Eros, the child of Aphrodite, and Ares represented love, desire, and passion in Ancient Greek mythology.

Hector was a great Trojan War hero in Greek mythology, revered for his bravery and honor. It comes from Ἕκτωρ (Hektor), which was derived from ἕκτωρ (hektor), meaning “holding fast.”

If you have seen the movie Hercules you may recall the name Hermes (Ἑρμῆς), the Greek God associated with speed and good luck, who was also a messenger for the gods in Olympia. Do you remember the fellow with the sneakers with wings? That’s the one. His name comes from ἕρμα (herma), meaning “cairn,” “pile of stones,” and “boundary marker.”

Latinized from Λέανδρος (Leandros), the name Leander is formed by the conjunction of the words λέων (leon), meaning “lion,” and ἀνήρ (aner), meaning “man.” “Lion man” doesn’t mean that your son will be born knowing how to roar, but he will for sure have a very cool name with a cool meaning!

Made famous by a Greek philosopher who almost created western philosophy, the name Socrates corresponds to the Latinized form of the Greek name Σωκράτης (Sokrates). σῶς (sos), meaning “whole,” “unwounded,” “safe,” and κράτος (kratos), meaning “power,” from this name.

As a Marvel enthusiast, reading this name actually gives me goosebumps. This powerful name is the short way of the name Athanasius (not so powerful), which comes from the greek word Ἀθανάσιος (Athanasios) that translates to “immortal” (ἀ (a), a negative prefix, combined with θάνατος (thanatos) meaning “death”).

A common name, not also in Greece but all around the world, Theodore comes from the Greek name Θεόδωρος (Theodoros), which split into its parts (θεός (theos) meaning “god” and δῶρον (doron) meaning “gift”) gives the bearer of this name the label of “gift of god.”

What Are Other Cool Greek Names For Boys?

Greek is a fascinating language, right? It may seem a complex language to learn, but it is exciting and easy. If you want to learn more about it, I have the perfect tool for you to use!

Allow me to present to you the Ling app, a language learning application where you can learn Greek through concise and proven lessons. Forget big textbooks, long boring classes, and complex and meaningless tests. We at Ling focus on providing you with the best tools to learn a new language in an interactive, efficient and fun way.

This application fits perfectly on your smartphone, so you’re only a small button away from learning Greek everywhere! Whether you’re commuting on the train or just waiting for your favorite movie to start again, you can learn a new language and get a new way to communicate and express yourself! 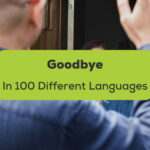 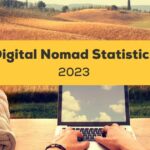 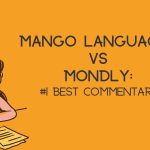 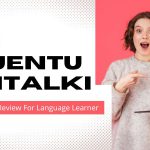 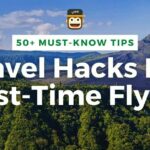 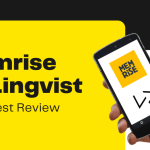 Memrise Vs Lingvist – An Honest Review For 2022