Vietnamese is a tonal language. It means that you need to learn how to pronounce Vietnamese tones correctly as the tones play an important role in the meaning of a Vietnamese word or phrase. There are six (6) tones in the Vietnamese language with five (5) tone marks that we will have you covered today:

What Are The Six Vietnamese Tones?

Different tonal languages have different numbers of tones. For example, Thai has five tones while Cantonese has nine tones. There are six tones in Vietnamese that you need to learn and master when you learn Vietnamese.

The mid-level tone in Vietnamese is called “thanh ngang”. To pronounce the mid-level tone, keep your voice flat and even. Don’t raise your voice nor make it fall. “Thanh Ngang” will sound similar to “sing” in an affirmative sentence in English.

The mid-level tone doesn’t have a tone mark.

Below are some words that have the mid-level tone or flat tone:

La – to scream out loud, to shout out loud

The low falling tone or “thanh huyền” is pronounced when you low down your voice. It sounds similar to “Uhm” in English when you agree with someone about something.

The tone mark for the low falling tone is ” ” (dấu huyền) which looks like it is in the word “huyền” or in the following examples:

Thanh Sắc is the Vietnamese name of the high rising tone in Vietnamese. You need to raise your voice up quickly to create this tone. It sounds similar to “What???” in English.

The tone mark for this tone is “/” (dấu sắc) as you can see in the word “sắc”. Many words have this tone mark, as follows:

“Thanh Hỏi” or “Low Rising Tone” is created when you first low down your voice as in “thanh huyền”, then raise up your voice at the end of the word. It will sound similar to “really?” but a bit faster.

The low rising tone has the tone mark called “dấu hỏi” and the tone mark looks like a question mark without a dot and is put on the top of a word like it is in the word “hỏi.”

Below are more examples of the Vietnamese words with “dấu hỏi”:

This might be the most difficult tone in Vietnamese which has challenged a lot of Vietnamese learners.

The way to pronounce “Thanh Ngã” is to raise your voice as you do when you pronounce “Thanh Sắc” (high rising tone) but at the end of the sound, you suddenly stop it. It also sounds similar to when you say something at a high tone but someone punches your belly so your voice is broken. That sounds interesting huh?

The tone mark for the high broken tone is “~”. Let’s try to pronounce the following words:

Bã – the dried fiber you get after chewing and drinking all the juice from sugarcane, or any plants or fruit.

Kindly note that this tone is also difficult for native Vietnamese speakers from the central and the south of Vietnam.

You might be able to guess the way this tone should be pronounced. Just say a word with a really heavy and low voice.

“Thanh Nặng” has the tone mark as a dot “.” but under the vowels. For examples:

Why Are Vietnamese Tones Important To Learn?

If you notice in the examples given earlier, with different tone marks, the words change their meaning completely. As mentioned, Vietnamese is a tonal language, and these six tones are crucial in Vietnamese pronunciation.

You can learn vocabulary slowly but try your best to pronounce the words or phrases clearly and accurately. Otherwise, native speakers will find it difficult to understand you.

For example, dưa – dừa – dứa are three different fruits: watermelon – coconut – pineapple. If you want to order pineapple juice, but you don’t know how to pronounce the word “dứa” correctly, you may end up drinking coconut or watermelon juice.

In English, you have intonation, and your voice will rise or fall differently when you ask a question, and when you say an affirmative sentence. However, this doesn’t work the same way in Vietnamese. You can change the pitch of your voice for a question, but you still need to pronounce the six tones in the correct way.

Try to pronounce the words or sentences below before listening to the audio.

Tôi là một người phụ nữ – I am a woman

Bạn là một người đàn ông – You are a man

Tôi đến từ Mỹ – I come from the USA

How many phrases or sentences have you pronounced accurately? Test your speaking skills more with Ling app and master the Vietnamese tones right today!

In the Ling app, you can open the speaking game in each unit, then speak a phrase or a sentence given in the game. After that, the app evaluates and shows you how well you did and also points out which parts you should improve. You can download the Ling app on the Play Store or App Store to try it, and let us know if you like it! 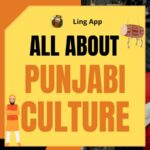 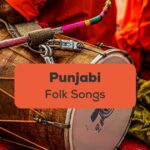 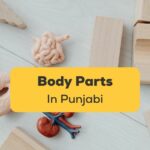 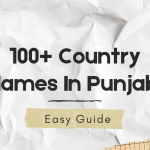 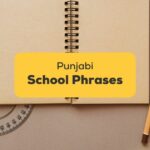 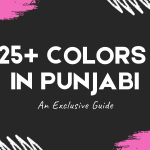 25+ Colors In Punjabi – An Exclusive Guide