Vietnamese Numbers And Counting From 1 To A Million 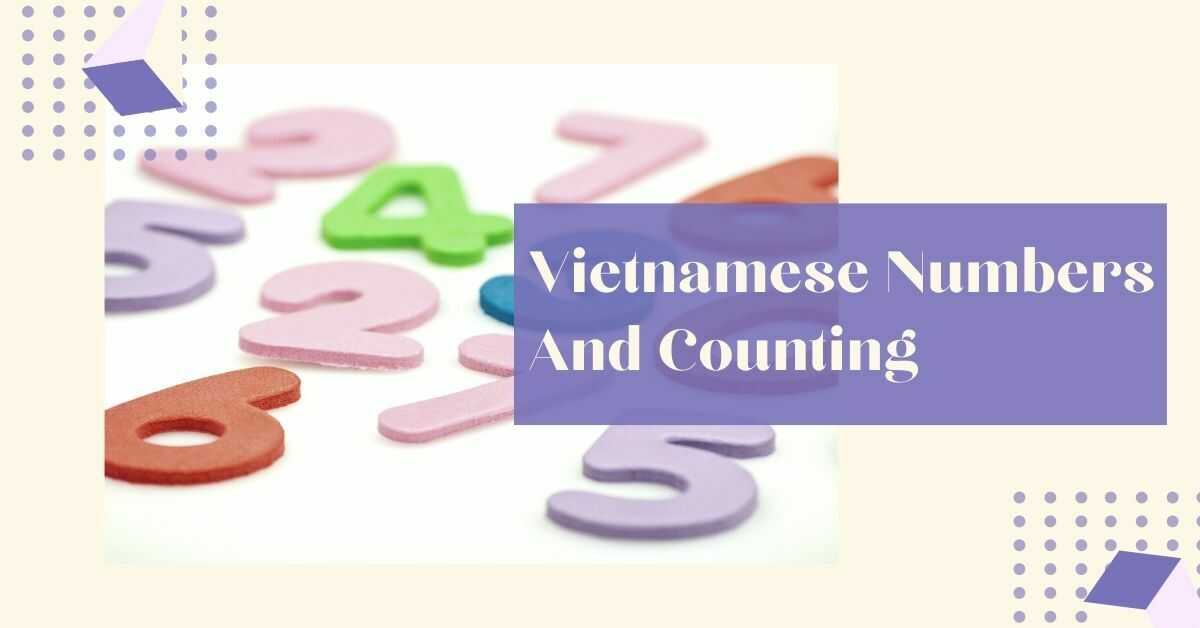 We use a lot of numbers in our daily life, such as asking for prices, ordering food, reading a house number, or creating a report at work. When you travel, for example in Vietnam, being able to count Vietnamese numbers is a huge advantage. This can help you check the prices before you pay for anything when you travel or ask for directions when you get lost.

In today's lesson, I will help you learn everything about Vietnamese numbers and how to count in regular situations. Let's get started!

The Vietnamese language uses the Arabic numerals as in English. This makes it easy to learn numbers in Vietnamese as you just need to learn how to pronounce them in this language, without remembering how the numbers look like as in Thai.

This is how you count in Vietnamese from 1 to 10:

How To Count Vietnamese Numbers From 20 To 999

From 20 to 999, there are some rules to count in Vietnamese that you need to remember and practice.

In the spoken Vietnamese language, people sometimes replace the word 'mươi' with 'chục' which also means ten. This kind of counting is more popular in informal situations.

How To Read Digit '5' Accurately

In a number that has more than 1 digit, the digit 5 in the unit will be pronounced as 'lăm' instead of 'năm' (five). Let's look at the following numbers:

By breaking down a big number into smaller numbers, we can find a way to read them. For example, 36 = 30 + 6, we will say thirty-six in English. In Vietnamese, you will say 'ba mươi sáu' without a hyphen. Below are some more examples to practice:

One hundred (100) in Vietnamese is 'một trăm'. The word 'trăm' literally means 'hundred'. So, you can count two hundred, three hundred, etc. as below:

When it comes to numbers with the format x0y with x, y from 1 to 9, use the word 'lẻ' or 'linh' between x and y. Look at the numbers below to get the idea:

A thousand or a million is a big number. If you go to Vietnam, you will know that Vietnamese money has a lot of zeros. At the time this article is written, 500 VND is the smallest note and 1,000,000 VND is the biggest note in the market. So, it is very useful to learn how to say a thousand, a million, and a billion in Vietnamese.

Decimals And Fractions In Vietnamese 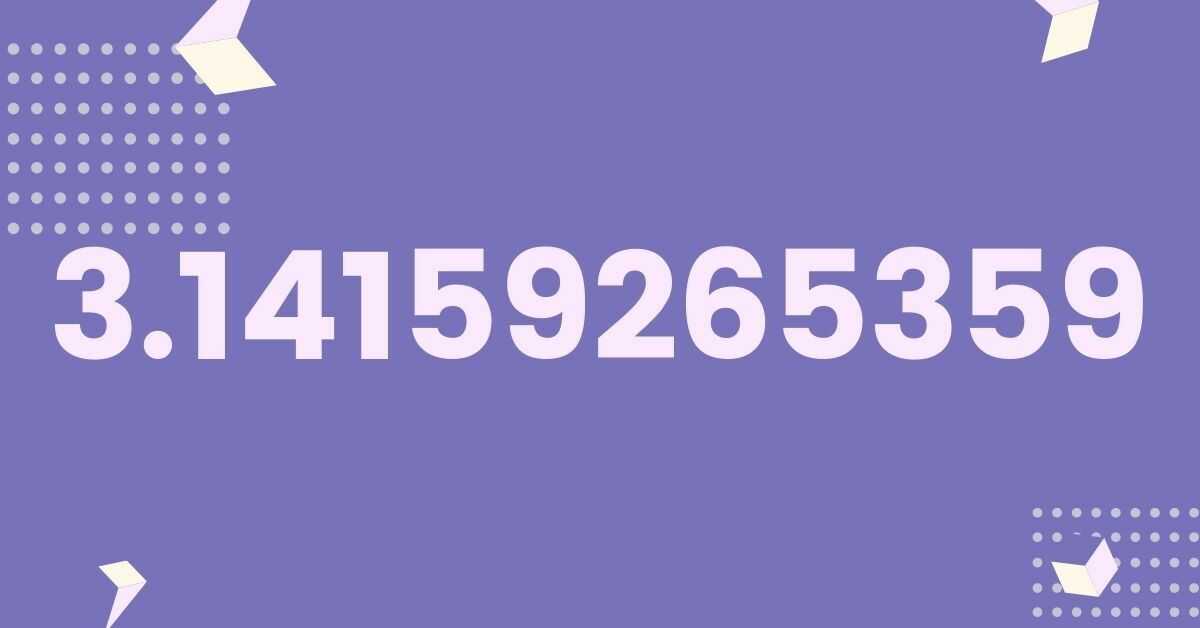 Decimals are called 'số thập phân' in Vietnamese. In Vietnamese, a comma (,) is used to separate the whole number part and the fractional part. For example, people write 3,5 instead of 3.5 for three and a half.

To read a decimal in Vietnamese, you need to read the whole number part, then 'phẩy', then the fractional part. For example, 3,5 will be read as 'ba phẩy năm'.

To read fractions in the Vietnamese language, you need to read the part first, then 'phần', then the whole. For example, 2/3 will be read as 'hai phần ba'.

If you see a whole number with a fraction, such as one and two thirds (1 2/3), read the whole number 1, then read the fraction 2/3 after. It should sound like 'một hai phần ba'.

Ordinal numbers such as first, second, third, are used to signify an order. In Vietnamese, ordinal numbers are usually used for ranking, days of a week, or when listing things or events in order.

How To Read Vietnamese Phone Numbers 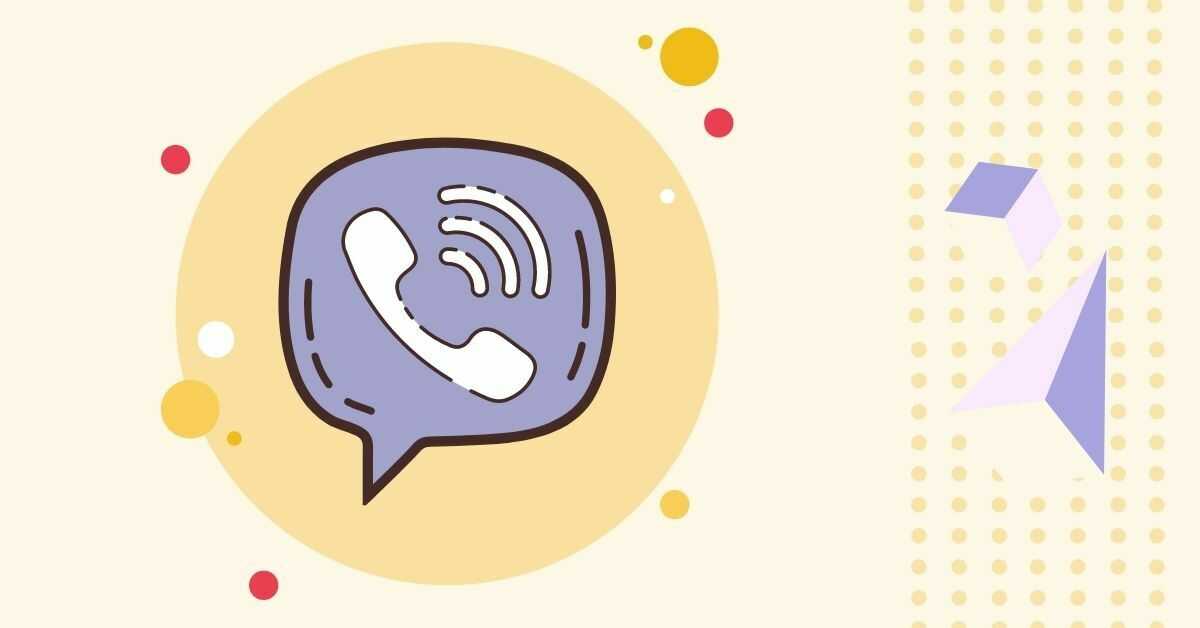 The Vietnamese phrase for phone numbers is 'số điện thoại'. You might see its abbreviation SĐT on a name card or a name board of restaurants and shops in Vietnam.

If you want to call a friend in Vietnam, remember to add +84 which is the country calling code for Vietnamese numbers.

How To Read House Numbers In Vietnamese

If you get the address of a place in Vietnam where you want to visit, it is a good idea to learn how to read the address in Vietnamese correctly. This is definitely helpful when you want to give a driver the direction or ask Vietnamese native speakers how to get there.

A house number is called 'số nhà' in Vietnamese. However, when you read an address, you need to say 'nhà số' which means 'house numbered'. For example, house number 18 will be called 'nhà số mười tám'.

In money, half of a hundred, a thousand, a million, a billion is called 'rưỡi' (Northern dialect) or 'rưởi' (Southern dialect). This is an informal way to say in informal situations. As an example, 10500 VND can be read as 'mười nghìn rưỡi' (informal) or 'mười nghìn năm trăm đồng' (formal).

In contracts, people also add the word 'chẵn' which means 'even' behind the word 'đồng'.

Say Your Birth Year In Vietnamese

In a formal way, you can read a birth year by counting it, such as 'một nghìn chín trăm tám tư' for the year 1984.

In informal conversation, native Vietnamese people usually say the last two digits of the birth year 19xx. If you were born in 1984, you will say 'sinh năm tám tư'. 'Sinh năm' means 'were born in.

For people who were born from 2000 onwards, you will count the year as a regular number.

Learning how to count in Vietnamese is actually not difficult to do. You can easily practice what you have learned in this article when you go shopping or when you read an address.

It is better if you could practice counting in Vietnamese every day. Learn Vietnamese words and numbers with the Ling App so you can also listen to how the numbers are pronounced by native speakers. The app has a lot of Vietnamese lessons to help you master the language before traveling to Vietnam. How To Book Accommodation In Vietnamese - 50+ Useful Phrases