Urdu language and script comes from Arabic, and yet they are not the same. Here is a cheat-sheet to help you understand Urdu script versus Arabic.

Some may believe that Urdu-speaking people read and understand the Arabic language. To a certain extent, this is true. Urdu and Arabic languages share a similar script. Yet, there are many differences between their language families, some of which you will find right here!

Let’s look at Urdu script versus Arabic together.

The script for the Urdu language is called the Nastaliq script. The Urdu alphabets are from a Perso-Arabic script and have 41 consonants and 11 vowels. The Nastaliq style means the flowy and hanging writing style, which is quite artistic and poetic.

To a listener, spoken Hindi sounds much like Urdu. It is often mistaken as the same, and this is because they have the same Indo-Aryan base. They also have the same grammar and words but are written differently – Arabic script for Urdu and Devanagari script for Hindi. Urdu is a court language with its formality and politeness, which descends from the formal language used in the court.

Urdu script versus Arabic dates to when Mughal rulers used it, while Arabic is even older. Persian, Turkish and Punjab people used Urdu to interact with those in Delhi who had different dialects. Urdu is also the lingua franca of Pakistan, especially for Muslims, since the war with India in 1947.

The Arabic script is the way of writing the Arabic language and many other African and Asian languages, which is why Arabic belongs to the Afro-Asiatic language family. The Arabic writing system is widely used worldwide and is said to be the second most used writing system globally. The Arabic alphabet has 28 consonants, and the writing is from right to left.

Believe it or not – there are about 25 countries that consider Arabic as their official language. Some have more than one language, whereas Arabic is the co-official one. These countries include Saudi Arabia, Algeria, Syria, Oman, Palestine, Lebanon, Iraq, Kuwait, and many more. Arabic belongs to almost 250 million people as their mother tongue; others speak it as a second language or a part of their religion. All the more reason to learn Arabic!

The modern Arabic writing system is quite interesting, and it is said to have more structure and is grammatically correct. It is similar to the Quranic Arabic and does not have the old Arabic language, which makes more sense in relation to the present day.

Here are some main differences between an Urdu speaker and an Arabic speaker; Urdu Script Versus Arabic:

What is the main difference between Urdu Script and Arabic?

Although written similarly, Urdu is an adaptation of the Arabic script. Urdu has many letters, about 39 to 40, and Arabic has only 28. Loan words borrowed by the Urdu language are from three languages, Persian, Arabic, and English language families.

Urdu speakers sound a lot like they are speaking Hindi, and this is because they are from the same language families, unlike the Arabic language. They have different scripts, and Hindi is not considered an official language spoken in Pakistan, whereas Urdu is in India.

There is no doubt that an Arabic speaker can learn Urdu quickly, and an Urdu speaker can learn Arabic without needing much time. But remember, in learning, each person is different. For some people, having the same script is a BIG plus, while it can be a point of confusion and irritation for others!

Arabic knowledge is vital. Globally, more than 360 million people speak Arabic. With an interest in languages, you will have a significant advantage as you learn the Urdu script versus Arabic. You will have exposure to Arabic and Hindi languages. Arabic is the same script, and Hindi, the spoken language, is the same. Here are some interesting reads on Hindi.

Let Ling tag along with you in your journey to discover these beautiful languages. What is Ling, you say? It is a fantastic language learning app with games, lessons, and exercises to teach and test you into learning Urdu. The medium used is English words to help you read Urdu or Arabic, depending on which language you want to use. Whether it’s the Arab world calling or North India, plan your trip with Ling as your language learning partner. 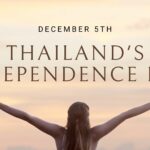 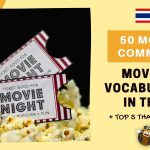 50 Easy Movie Vocabulary In Thai You Must Know 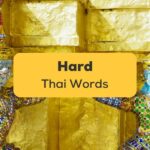 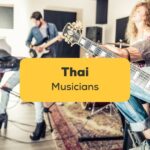 25+ Popular Thai Musicians And Their Names In Thai 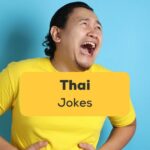 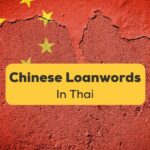