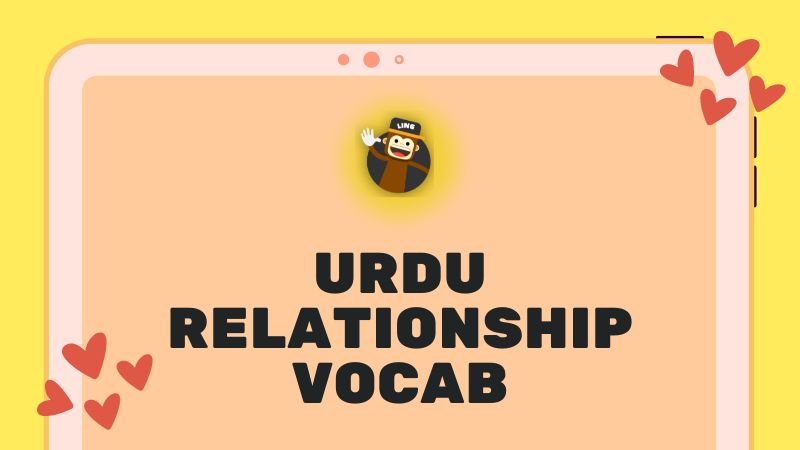 Have you just been to Pakistan and liked a person but found the whole process of dating and being with them too odd? Well, the reason behind that could be the cultural differences between your culture and that of Pakistan, or it could be that you don’t have enough Urdu relationship vocab. This blog post will solve that issue for you. So let’s get started!!!

Concept of Dating In Pakistan

With every passing day, new ideas and norms are generated, and the world is moving towards further modernization. Similarly, Pakistan is also modernizing, although at a relatively slower rate because of a strong attachment to its culture and firm connection with its roots.

Dating in Pakistan is mostly through online social media apps since being physically together is not common at all in Pakistan.

Historically, the idea of relationships among teens was considered bad, but nowadays, it is acceptable to a certain level due to the increasing westernization of Asia. In modern families, teens are mostly allowed to date and choose their partners, while some families are strict toward their children in this regard.

Despite the increasing rate of acceptance among the older generation in Pakistan about the concept of dating, it is still considered odd by most of the population, and relationships are formed on the basis of engagement thus leading to an arranged marriage.

The Notion Of Engagement In Pakistan

The engagement i.e Mangni (منگنی) is a formal ceremony celebrated to mark the couple for marriage. It is in the presence of a few close family members of the bride-to-be and groom’s family.

Every family doesn’t need to celebrate this occasion because most families prefer Nikkah (نکاح), which is to bond a couple for the rest of their life (until the divorce of course).

Pakistan is a country with a rich multi-culture of many languages, food, and traditions. The marriage ends up with celebrations over three days.

It starts with Dholki (ڈھو لکی), which mainly begins days before the main celebration, and in this event, the members of the couple meet up and sing and dance.

On the first day of marriage is Mehndi (مہندی), which is the henna festival and is the spiciest event among all of them. In this ceremony, females apply henna to the bride, and other family members also participate.

Then comes a Mayoun (مایوں) event, which is celebrated by a couple of families with joy and pleasure.

The following day is Nikkah (نکاح). Some families perform this event earlier while some on this day.

The next event is Barat (بارات) which doesn’t hold much religious significance but is celebrated almost everywhere.

On this day, the groom’s family comes to the bride’s venue to take her to the groom’s house, which signifies their bond for the rest of their lives.

The last and final event is Walima (ولیمہ) which is an Islamic ethic. In this ceremony, all the relatives are invited for lunch, and everyone enjoys the ceremony without any stress. The bride especially wears the Lehenga (لهنگا) Pakistani traditional dress gifted by her in-laws, and the groom wears a suit.

So basically, all these events and ethics are the life and soul of Pakistani weddings and are admired worldwide.

Every human needs a partner who can suit their personality and nature. The term dating is the stage of a romantic relationship where two persons get to know each other in a specific period.

The notion of dating varies in different countries considering the culture and traditions of that area.

The phenomenon of dating is increasing in Pakistan with every passing day and is admired a lot by Pakistani youth. Like other countries, people in Pakistan also use different dating apps to find their soulmates for the rest of their lives.

It is the most widely used dating app in Pakistan. Many people have found their soulmates from this app, which is still growing in Pakistan.

This dating app is specially designed for Muslims. It is a free and halal (acceptable according to the rules of Islam) app known in Pakistan for finding your soulmate, and according to reviews, it is highly regarded.

After these two apps, it has gained significant importance among youth and is a better option for dating in Pakistan.

There are many good and bad online dating reviews from the people who have used these websites. Many people have found their life partners, while some have bad experiences.

Now let’s look at the most common words in the Urdu language. You can use this list as the content to make more sentences.

In Pakistan, relationships cannot be formed until you accept the already existing family relations of your partner/spouse. Thus here is a quick list of the Urdu vocabulary for family relations.

How can I express my love in Urdu?

If you wish to express your love for someone, you can say “میں تم سے پیار کرتا/کرتی ہوں” (mein tumsey pyar karta/karti hu) which means I (male/female) love you.

What is vocabulary called in Urdu?

The Urdu word for vocabulary is الفاظ (ilfaaz) which also means words.

On the Ling App, you can get a complete idea about the usage of Urdu words in different situations along with their equivalent English words.

Learning Urdu has never been easier because the main point that makes the Ling App unique is that we believe in the “improve and proceed” policy. We consider the learners’ feedback by viewing our blog posts and taking our courses.

Not only will you be learning Urdu, but also your English will improve significantly if you are not a native English speaker.

Also, check out telling date and time in Urdu and Daily Life Vocabulary if you enjoyed this blog. What are you waiting for? Download the Ling App now from Google Playstore or App Store and start learning the Urdu language.