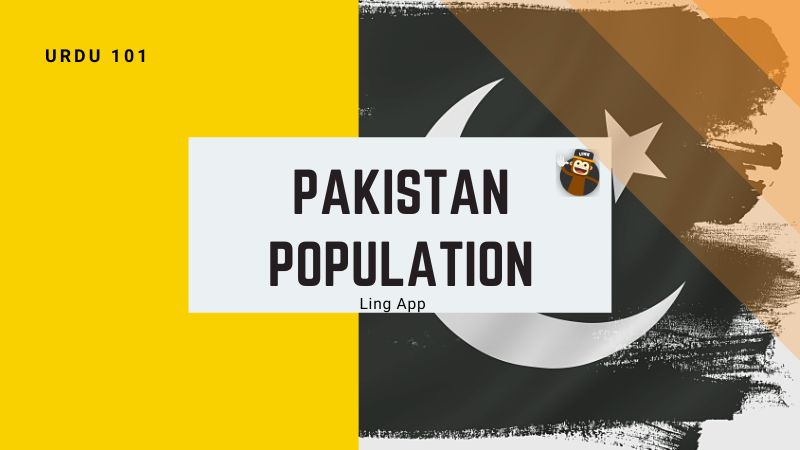 The Pakistan population has taken leaps and bounds over the last few decades, just like its language: Urdu. It is a strength when handled correctly, but it puts the state under the weather when not treated ideally, which seems to be the case with Pakistan. We will break the ice for you and tell you that in this article as we will cover everything about Pakistan’s population growth with every province’s population growth rate, population change, and much more relevant information.

Based on the latest census this year, the total population of Pakistan is 229.5 million. This is why the country ranks fifth on the world population chart.

According to economists, this rate is due to the rapid rise in births and low deaths. More precisely, there has been a 2.4% population growth rate annually. The most common reason for this rapid increase in population is the urbanization and publicizing of the two cities, i.e., Karachi and Lahore, due to dramatic social changes like poverty, illiteracy, lawlessness, etc.

The urban population has trebled from 23.8 million to 75.7 million from 1981 to 2017. Moreover, the high fertility rate is also a critical cause of the population increase in Pakistan, and the state has one of the world’s youngest populations compared to other countries. According to recent research, 40.3% of people are under 15, while only 3.7 percent are above 65. However, the median age of the state was estimated as 19.

According to the report of the World Bank collected in 2012, it is estimated that the population of Pakistan stood at 176,745,364 in 2011. However, this population was 142.5 million in 2001, and the country had the seventh position in terms of population in the world ranking. And it has increased by about 34 million people in ten years, which is considered highly rapid.

The Provinces And Largest Cities In Pakistan

According to the government of Pakistan and other population counting departments, ten cities in Pakistan have a population exceeding one million people, and two cities are considered the most populated cities of Pakistan, Karachi, and Lahore, having sheltered the majority of people; one has 14,916,456 citizens, and the other one has 11,126,285 respectively.

Faisalabad is the third most populated city in the country, having 3,204,726 people. While the other seven cities are Rawalpindi, Gujranwala, Peshawar, Multan, Hyderabad, Islamabad, and Quetta, having many people there. All these cities are written in population-increasing order, like Rawalpindi having the most and Quetta having the least in the row.

The latest United Nations data and statistics or projections put together by the United Nations population division or economic or social affairs department estimated the countries having more than 90,000 inhabitants or less than this certain number and listed out critical information of different states. Pakistan’s data is given below:

The following points have data regarding population, growth rate, density, population rank, and density rank per year from 1955 till 2022.

Ling App is a language learning app that solves the language problems of millions of people. It delivers lessons in more than sixty languages, including Italian, Korean, Chinese, Thai, and many more. Ling app has a very supportive environment for the learners and provides an informative mode of learning through flashcards, slides, and through taking quizzes. If you eagerly want to learn a new language, the only thing you should do is install the Ling App, choose a language, and you are ready to take yourself on the language-learning journey in your favorite language.

Download the app from Google Playstore or App Store and start learning the Urdu language.