Welcome to the best guide on Serbian Sports vocabulary you will ever find! If you’re a crazy fan of Novak Djokovic like I am, then you’ll definitely want to read this!

Today we’re here to learn about sports language in Serbian, and what better way to start than to learn how to say sports in Serbian: Спортс (sports). At first glance, the word may look hard; however, the translation is sports, which is simply perfect for memorizing.

As mentioned in the intro, thinking about sports in Serbia, one of the most iconic personalities that may pop into your head is the one and only Novak Djokovic. Ever since he started his career in tennis, he has been the face of Serbian sports and definitely the most famous player that has risen from Serbia.

In this article, we’ll explore how to say popular sports in Serbian, along with other useful vocabulary that you might want to know to discuss with your friends! Ready to start?

How To Say Popular Serbian Sports In Serbian

Sports in Serbia are so important that sometimes they are considered a lifestyle rather than a simple hobby. They are deeply interconnected with Serbian society and affect the normal functioning of things. Major accomplishments by Serbia in sports are congratulated and celebrated by all levels of society, including personalities in politics and other fundamental areas of Serbia.

This list includes the most popular sports in Serbia based on the number of people that actually practice them rather than how many people watch them. Besides some Serbian sports terminology, you’ll also be able to see the English and Serbian names of the sport.

Tennis or Тенис (Tenis) has gained a lot of traction in the sports world in Serbia, primarily because of the fellow we mentioned before, Novak Djokovic. For several years he was ranked as no.1 on the ATP list (Association of Tennis Professionals), and that put Serbia on the map of the tennis world. Other players have also come to the spotlight along with Novak, such as Nenad Zimonjić, Janko Tipsarević, Jelena Janković and Ana Ivanović.

Contrary to other global sports trends, football, or Фудбал (Fudbal), is not the King of sports in Serbia; instead, we can call it the prince. It is the second most watched sport, and recently, the national Serbian team qualified for the Qatar 2022 World Cup, which was fantastic for this sport in Serbia!

Serbia is one of the leading volleyball, or Одбојка (Odbojka), countries in the world, and its volleyball culture is very strong. Many people in Serbia practice volleyball, and this is one of the sports that has brought many titles to this country.

I bet you were not expecting this sport on the list. But it is true, Serbia is the second most successful national team after Hungary in water polo, or ВАТЕРПОЛО (VATERPOLO), and throughout Serbia, this is a sport played by many people. Probably because sometimes it is warmer inside the pool than outside.

Serbian Sports Vocabulary – How To Say Other Sports?

There are countless sports in the world, and the list is ever-growing, so if the sport you want to know is not listed below, leave a comment, and we’ll add it to our cheatsheet!

What Are Sports Players Called In Serbian?

Now that we know how to say the several different sports, how do you say the people that actually play them in Serbian? Let’s find out!

Another very important part of the sporting vocabulary is verbs that transmit the actions of both players and fans. These terms will help you converse about your favorite sport in Serbian.

You’re almost a pro in Serbian! However, only these words are not enough to master this language. Luckily, I have the perfect tool for you to improve your Serbian!

Ling app is a language learning app where you can learn over 60 languages from all across the globe, including Serbian!

What sets Ling apart is that you’ll be able to listen to real conversations in Serbian recorded by native Serbian speakers. There’s also an AI system that will ensure you’re always being appropriately challenged and will send reminders of your learning to keep you accountable.

Join the other 10 million people who have downloaded Ling app and start learning Serbian today! 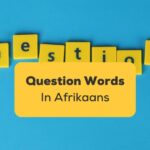 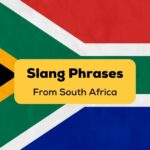 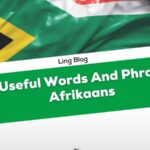 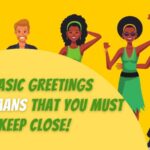