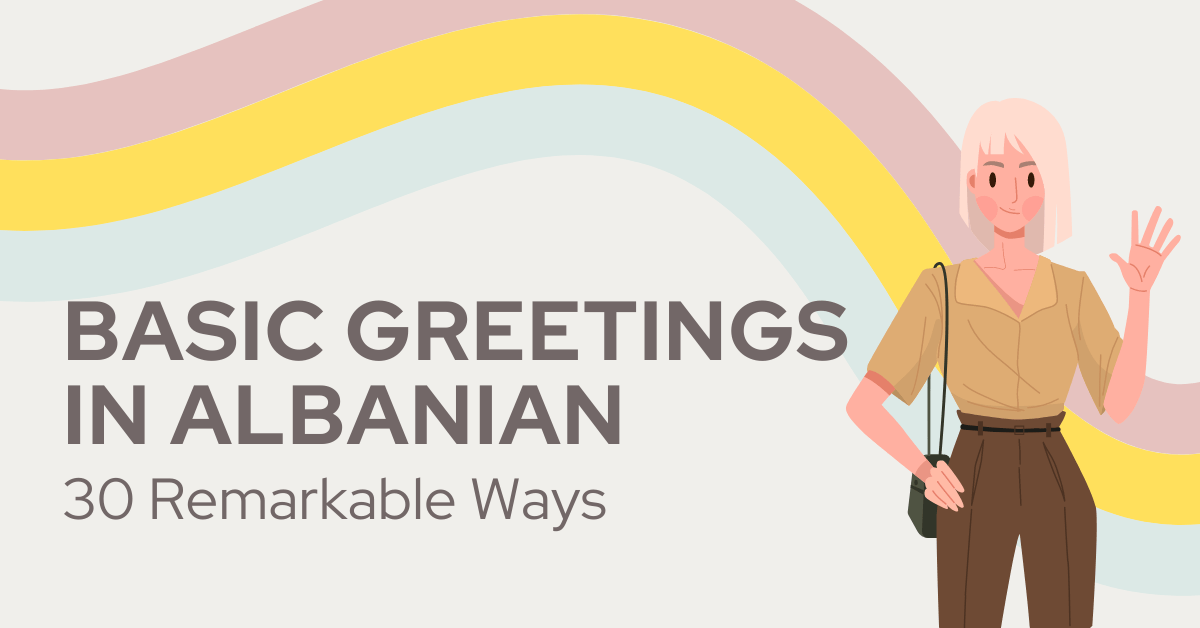 Knowing a few basic greetings in Albanian will get you a long way. For example, a “hello” on the street, or a “goodbye” when you leave the store is a great thing to know when visiting Albania. I think that locals are much more open and friendly if you know a few words in their native language or just show that you’ve made a little effort.

Albanian is spoken by more than 7.5 million people in Albania, Macedonia, Serbia(Kosovo), Montenegro, and some other European countries (Italy, Greece, Germany).

The Albanian language has 2 dialects: Gege, north of the Shkumbin River, and Tosk south. The Toske dialect is the official language of Albania. Albanian has many features in common with other Balkan languages.

The Albanian language has 7 vowels and 29 consonants. The Gege dialect has nasal vowels that are not present in the Tosk dialect. The emphasis is mainly on the penultimate syllable.

Nouns are divided into 3 genders (masculine, feminine and neutral) and 2 numbers (singular and plural). There are 4 declensions and 6 cases (nominative, accusative, genitive, dative, ablative, and vocative).

The article can be before or after the noun, as in Romanian, Bulgarian or Macedonian

Basic Greetings In Albanian You Need To Know

As in most languages in the world, in Albanian, there are different ways to greet people. We have formal and informal situations in which we greet someone. In this article, I will help you learn some basic greetings that you should use when you people.

How To Start Conversation In The Albanian Language 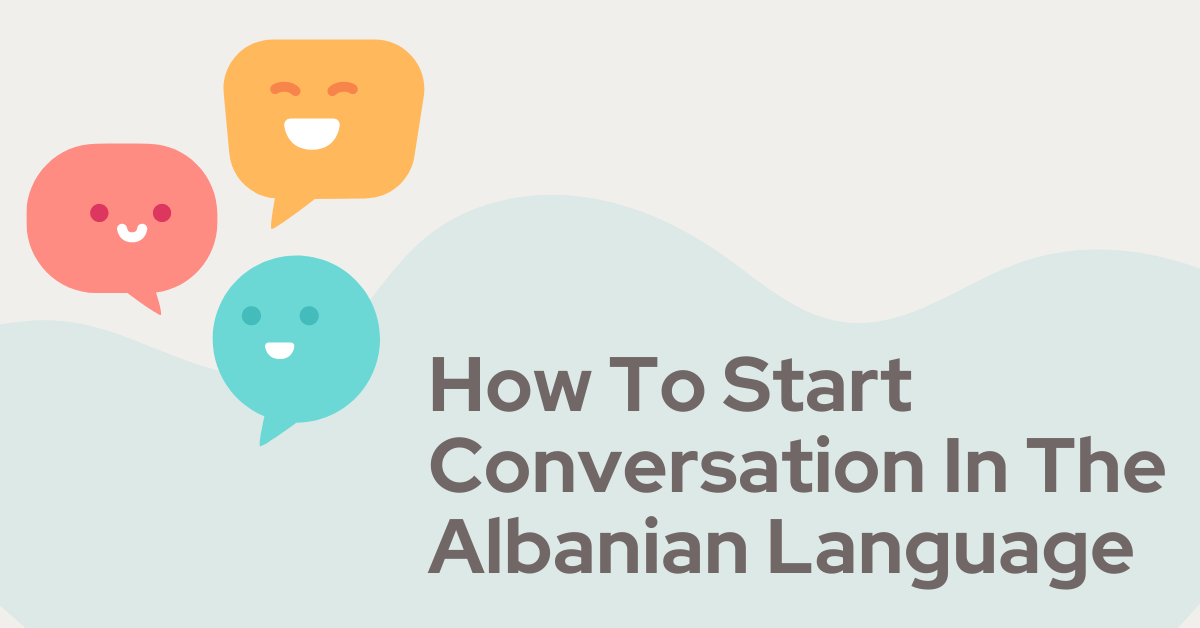 You can start a conversation with someone from Albania in a very simple way. Just say one of the following greetings: 'mirëmëngjesi', 'mirëdita' or 'mirëmbrëma'. When to use each of those depends on the time of the day.

You should consider using the following examples:

Mirëmëngjesi Drita! Si jeni? (Good morning Drita! How are you?)

As you already saw in the previous table, you can also greet people by just saying 'përshëndetje', 'ç'kemi?' or 'tungjatjeta'.

Try to use the following examples:

Përshëndetje! Si jeni me shëndet?  (Hello! How is your health?)

Tungjatjeta! Si e keni emrin?  (Hello! What is your name?)

How To Have A Dialogue 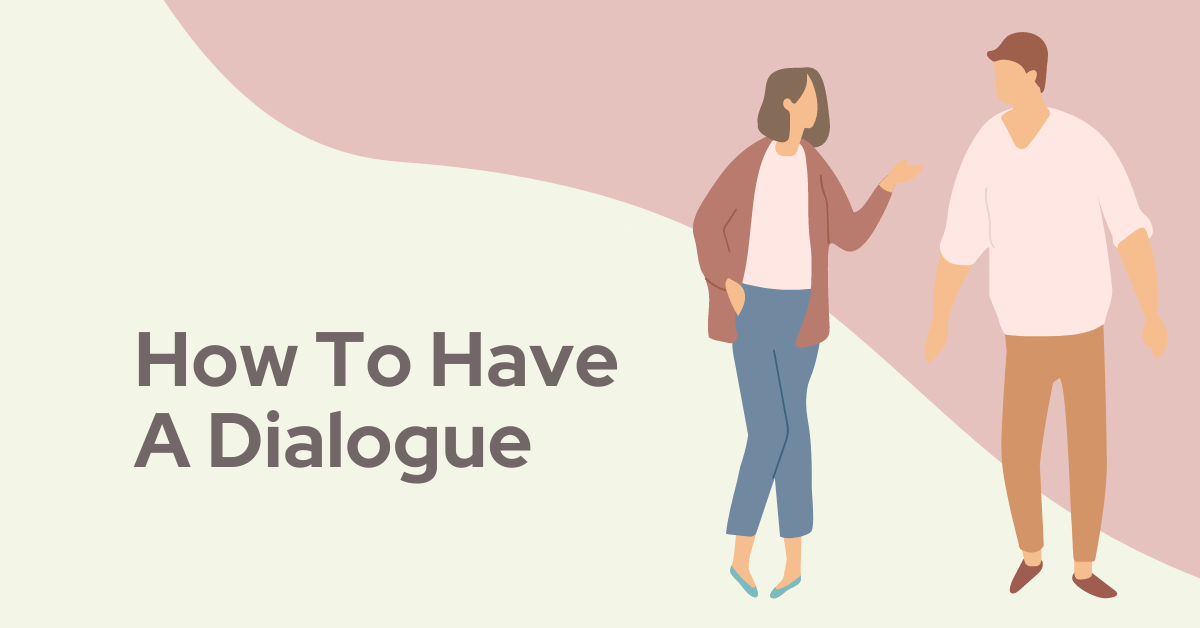 Once you've started the conversation by greeting someone in the Albanian language, you can continue the conversation by asking some basic follow-up questions. When we are talking about Albanian people, these are usually related to one's health or what the other person has been doing recently.

Let's continue our conversation with the following examples:

Ndonjë gjë të re?  (Anything new?)

Me çfarë je marrë dje?  (What were you doing yesterday?)

Çfarë do të bësh sot?  (What will you do today?)

It can be important for you to know that during a conversation the other person might ask you the same question "Si jeni?" (How are you?) over and over again.

If you want to respond in a correct way, try using one of these phrases:

Mirë faleminderit. Po ju? - Fine thanks. Are you?

How To End A Conversation 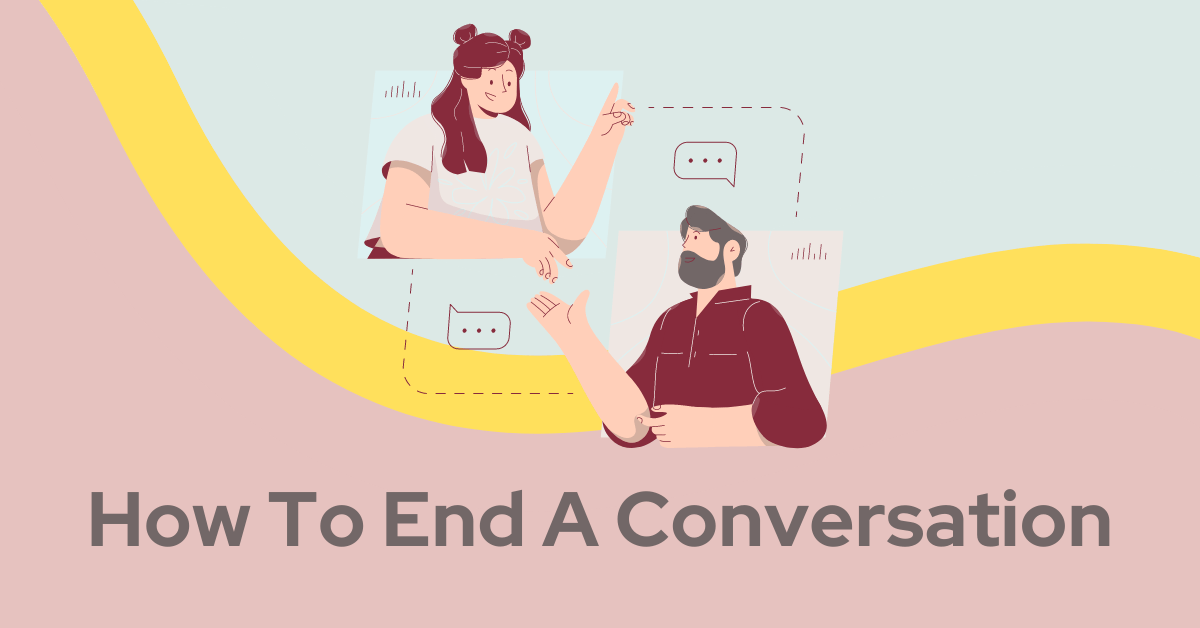 In the first parts of this blog post, I talked about ways you can begin and maintain a brief conversation in the Albanian language. Now, I think it’s time to teach you how to bring conversations to an end – in both formal and informal situations.

First of all, you should be friendly when finishing the conversation, so the other person knows you enjoyed the chat. As in most languages in the world, try to end on a positive note when talking to a person from Albania.

You should try using the following examples:

Mirë pra, kënaqësi që u takuam. - Okay then, nice to meet you.

I tried to give you some short example conversations for you to practice basic greetings in Albanian. Now go ahead and find a partner or tutor to practice with! You can also use language learning apps like Ling App and learn and practice your Albanian in an interesting and fun way. You can also use this App to learn some basic words and phrases in the Albanian language.

While practicing with a friend or a tutor, make sure to take turns playing different roles. And as a final exercise, make up your own conversations and post them in the comment section below.