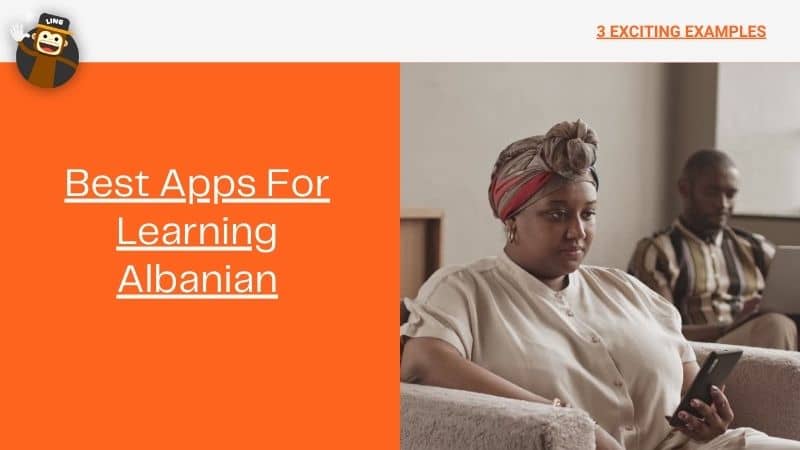 Are you desperate to know what the best apps for learning Albanian are? Look no further. We might be a little biased because we think that Ling is the best app; however, we'll aim to offer you an objective analysis of what all your options are.

Some Basic Information About The Albanian Language

Albanian is an Indo-European language spoken in the nation of Albania and in ethnic communities in other areas of the Balkans. In total, Albania has approximately 7.5 million speakers.

There are two dominant dialects, Gheg and Tosk (Tosk is prevalent in the South and Gheg in the North). Official Albanian in the roman script wasn't standardized until 1909.

Some Basic Information About Albania

Albania is located in Southeast Europe. Interestingly, it's hemmed in by 3 different seas, the Adriatic, the Ionian, and the Mediterranean. Its land borders are with Montenegro, Kosovo, North Macedonia, and Greece. Its capital is Tirana.

Albania has a fascinating history. Many of the world's greatest civilizations have heavily influenced it, including the Illyrians, Greeks, Ottomans, and Romans. For the latter part of the 20th century, it was under the rule of a communist dictatorship; however, the 21st century has seen capitalist reforms. In 2014 Albanian even joined the European Union!

Note: We hear from many Albanian learners that the main reason they want to learn the language is that they're taking a short holiday to Albania. This doesn't surprise us. Albania has seen a 700% rise in tourism numbers over recent years.

The reasons for this are twofold. The capital is becoming a great place to visit for a staycation. It's cheap, fun, and there's plenty to do. Secondly, the Albanian coast is known as the Albanian Riviera for its comparison to the south coast of France.

Probably the most famous app on this list for learning a new language is Pimsleur. For £17.50 you can gain access to an Albanian course. However, it's worth paying £1 extra, so you can then gain access to all of their 50 native language courses.

There isn't much writing and grammar practice for those of you who like that kind of thing.

uTalk is a relative newcomer to the market. It was started by two English friends who wanted to learn French and realized books just weren't up to it. The company is based in London, and its biggest selling point is the 140+ languages it offers. No course offers so many other languages to language learners.

We're not saying this because we're biased, but we firmly believe Ling is the best language learning app for learning Albanian. The two previously mentioned definitely have some merits; however, their downsides are too big compared to Ling's.

To put it simply, Pimsleur is just too expensive for what you get. uTalk is probably also too expensive. However, its biggest drawback is undeniably its functionality. If they want to stick around in the market, they need to make massive improvements in the speed of their app.

Ling is a more well-rounded app than the two and ticks all boxes. Ling makes the learning process fun. We have speaking, listening, reading, and writing practice. There is also grammar practice.

The best thing about Ling is the price. Its running costs are low because its headquarters are in the super affordable area of Chiang Mai, Thailand.

If you enjoyed this article, why not check out our Albanian blog, which is updated twice a week. On there, you'll find everything from relationship vocabulary in Albanian to color names in Albanian.