Albanian public holidays are a joyous time of year for the Albanian people. Of course, every country celebrates certain days, and it reflects much about the country’s culture, beliefs, and religion. In the case of Albania, their holy days are interesting since it reflects a mix of the traditional Eastern and Western cultures. As we discovered in our article about Albanian religion, there are Muslim and Christian worshippers in the country. That means that both Christmas Day and Eid are also celebrated here.

Let’s have a closer look at some Albania public holidays.

Nevruz Day honors the birthday of Ali Ibn Abi Talib (the second most important figure in the Shia religion) and the beginning of Spring, which classes as New Year.

The holiday was only established in 1996. That might sound surprising until you consider Albania’s communist past where religious holidays were outlawed. Interestingly, Mother Teresa, a world-renowned religious figure and woman of Albanian descent, attended the first Nevruz Day when it was reinstituted in the early 90s after the fall of Enver Hoxha’s regime.

Some people within the Muslim community dislike the holiday, although that is for religious reasons rather than political, and speaks to the fundamental divide between the Shia and Sunni communities.

What Are Customs For The Nevruz Day?

A massive spring cleaning and shopping campaign get underway in the run-up to Nevruz day. People also buy flowers, particularly popular are the hyacinth and tulip, which have underlying significance in the religion.

It is also customary to visit family and friends. Younger Albanians usually visit their older relatives first, and then the favor is returned by their seniors. These parties are complete with Albanian coffee and Albanian delicacies like byrek.

Note: Different countries have different food customs around Nevruz day. In Afghanistan, people mix seven different kinds of dried fruit and nuts. In Azerbaijan, there is a dyed egg for each family member. In Kazakstan, a special drink called Nauryz seems particularly unappealing to this writer. Its made of milk, horse meat, salt, kashk, and grains.

For more information on Nevruz day, check out this article

Who Is Amu Nowruz?

Amu Nowruz is the Islamic Santa Claus. He looks much like Santa Claus with white hair and a long beard. However, instead of dressing in red and white, he wears a blue canvas cloak and linen trousers.

Another religious public holiday here. If you’ve followed this blog in the past, you’ll know just how important Mother Teresa is to Albanians (and religion in general). This holiday has been around since 2016 when Pope Francis officially canonized her into a saint. Canonization is the highest honor bestowed upon a person by the catholic church.

Teresa had a complicated relationship with Albania (technically, she was born in what is now North Macedonia). A famous quote from her is that: ‘By blood, I am Albanian. By citizenship, an Indian. By faith, I am a Catholic nun’.

Many buildings are named after Mother Teresa in Albania, including the airport, the biggest hospital, and the second biggest public square.

Albania was officially declared separate from the Ottoman Empire on 28 November 1912. As with most things political at the time(2 years before WW1), it was mighty complicated. After the initial declaration, there were various conferences where Albania was used as a political football. During the treaty of Bucharest, it was officially established. However, this seeded the material for future wars because 40% of ethnic Albanians were outside its borders. Something later used to sow discontent by Italy and Germany in the ’30s and ’40s.

This is a little peculiar to Western sensibilities, but it has a deep meaning in Albania. The protests of young people in 1990 led to the overthrow of the tyrannical government. Students first began protesting in smaller towns, then moved to the capital Tirana and then the government had no choice but to relent with the collapse of the Berlin Wall fresh in the memory from 1989.

There you have it. Our public holidays in Albania guide. Maybe you have some free bank holidays next year. The perfect thing for you to do is book your tickets for a 2022 trip to the land of the eagles.

But of course, you should never go to a new country without being armed with at least some basic words and phrases. That is where the Ling app by Simya Solutions comes in. We have developed a comprehensive Albanian learning course. Who knows? Maybes, you’ll get a taste for it and progress from talking about family and parts of the house to space travel!

The great thing about our app is that you can jump in wherever you want and start at whatever level. And we don’t just have reading practice. We have interactive listening exercises and flashcard practice for new vocabulary. And you can practice your speaking with our patented chatbot technology.

As usual, keep following this blog for more Albanian content. 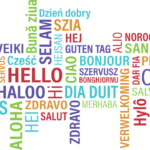 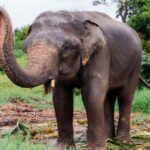 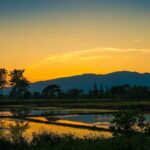 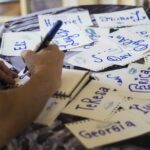 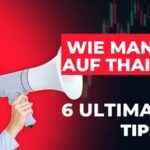