In Albanian, moods and emotions are a critical part of expressing yourself. It is good to know concrete nouns and adjectives, but if you really want to dive deep and make a long-lasting connection with Albanian natives, you need to know these more abstract terms. Let’s start with the basics: Happy (I lumtur) and Sad (E trishtuar).

Ling is perfect for all aspects of Albanian language learning. And if you sign up, you get access to our other 57 courses, including a whole host of European languages.

Basically, the Albanian language is from the Indo-European language family. It borrows heavily from its neighbors, including Italy(with many Latin loanwords) and other Slavic languages and Balkan languages. However, it is unique on the language tree. Standard Albanian uses the Latin alphabet, not the Greek alphabet. There are approximately 8 million Albanian speakers globally.

How Happy Are Albanians?

About the World Happiness Report:

The World Happiness Report is an annual study released by the United Nations. It ranks people by how happy they feel with their lives in their native country. There are 156 countries in total. Citizens fill in a questionnaire and a 1 to 10 scale rank how pleased they are with the following aspects of their life: (1) business & economic, (2) citizen engagement, (3) communications & technology, (4) diversity (social issues), (5) education & families, (6) emotions (well-being), (7) environment & energy, (8) food & shelter, (9) government and politics, (10) law & order (safety), (11) health, (12) religion & ethics, (13) transportation, and (14) work.

It is worth saying that this still ranks as one of the lowest scores in Europe. For comparison Greece is 51st, and Italy is 30. The only country that compares to Albania is Turkey which has had a terrible few years due to its poor economy and natural disasters.

Albania also has high rates of depression. It is estimated that 60-70% of Albanians have suffered from depression.

For more evidence that Albania is having big problems with depression, you just have to look at sales of depression medications like Xanax. In 2016 the import percentage rose by 18%.

Every citizen of every country has a certain level of patriotism that changes over time.

Nationalism is a term usually used when patriotism slides into an ethnic nationalism and often a kind of racism towards other countries. After the fall of Communism, people needed something to replace the previous ideology, and some chose Albanian nationalism. This was further enflamed by the Yugoslav wars and Kosovan independence.

Ironically, a lot of Albanian nationalism comes from people who don’t actually live in Albania and made a life in Turkey or Greece.

Albanian nationalism is not always a bad thing. Nationalism protects Albanian identity, interests, and cultural artifacts. Again, problems arise when people compare themselves to other people and say that one way of living is better.

Nationalism often comes to a head when the sport is involved. For example, when Kosovo was admitted to Fifa, fans debated who Kosovo-born Albanians should support.

Did you enjoy our list as well as the cultural information provided? Remember, this blog is updated weekly, and you can study everything from animals in Albania to cheers in Albanian. The blog is an excellent way to stay up to date with what is going on at Ling headquarters and exciting new developments in the language learning fields. Language learning apps are constantly evolving, and we keep up to date with those changes in our reviews of different products. For example, last week, I discovered that Babbel has expanded into live classroom teaching.

This reminds me to tell you about Ling Live. Ling Live is currently connecting dedicated Thai tutors with Thai learners for classes over Zoom. Of course, we know if you’re reading this, you’re learning Albanian, and if you’d be interested in a similar function for the Albanian language, please send us a message.

Forget Albanian school. You don’t need to be bored with comparative tables about how Albanian is similar to other Indo-European languages and other Balkan languages or a whole host of exercises on auxiliary and classifier constructions, what you need is a language learning app that is right for you.

Of course, Ling is the main reason we’re here. We are proud to announce that we have 58 language courses designed and read out by native speakers. Our listening activities are great, but we can also help you with reading, speaking, writing, and vocabulary.

Our courses are designed to take you from beginner to intermediate to advanced but don’t worry, you can jump in at any time and pick the level that is right for you. 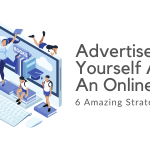 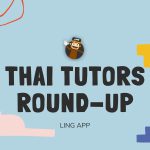 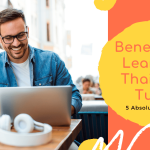 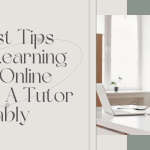 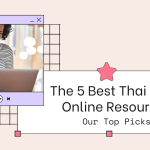 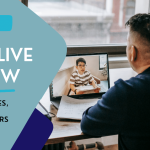