150 Useful Words About Transportation In Slovak Whether you are going on an exciting road trip through Slovakia or just catching the plane, the words about transportation in Slovak we will discuss in this blog post will come in handy.

The Slovak Republic is a Central European country that extends through several European areas (Danube region, Carpathian region, Pannonian plain). These circumstances enabled extraordinary conditions for the development of all types of traffic and traffic through the country.

Slovakia has developed road, rail, air, and water transport. The central traffic hub in the country is the capital, Bratislava.

Vehicles In Air And Water Transportation

Slovakia is home to several airlines, the most famous of which is the low-cost airline Sky Europe.

The largest and most important airport in the country is Bratislava Airport “M. R. Štefanik ”in the suburb of Ivanka, 9 km northeast of the city center.

This interesting country is an inland country and therefore has no seaports. On the other hand, river traffic is very developed and of international importance. The Danube River, an important pan-European waterway (Corridor 7) that connects Central Europe with the Black Sea area. The most important Slovak river ports on the Danube are Bratislava and Komarno.

The largest railway junctions are: Bratislava, Košice, Galanta, Žilina, Zvolen. Currently, the railway network is being intensively renewed, especially the main railway line in the country, which connects Bratislava and Kosice. It is predicted that speeds of over 150 km / h will be possible with this renovation.

The two largest cities in the country, Bratislava and Košice, have developed tram transport.

Words About Transportation In Slovak: Directions

Neviem, koľko tento motocykel stojí. (I don’t know how much this motorcycle costs.)

Chcem si kúpiť skúter. (I want to buy a scooter.)

Ponáhľam sa, vezmem si taxík. (I am in a hurry, I will take a cab.)

Čo sa nachádza v nákladnom vozidle? (What is in the truck?)

If you want to learn more about Slovak vocabulary about transportation you can use the Ling app and do it in an easy, fast, and fun way. Using that app, you can also learn how to greet someone, basic words and phrases in Slovak, and much more stuff. 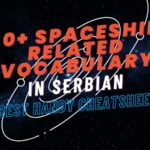 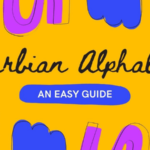 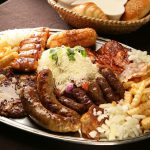 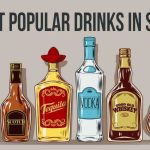 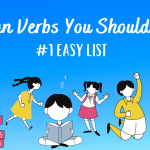 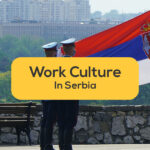