Punjabi folklore is such a quality topic that you need to know to appreciate the country’s culture better. Folklores include expressions related to beliefs, dance, music, sayings, and history. For this reason, the characters or the storyline usually reflect real-life adventures like Heer Ranjha, Sassi Punnun, Sohni Mahival, Mirza Sahiba, etc. Let’s learn more about this below!

Punjabi people are known for their open-heartedness. They live in a joint family system and will be there for each other in every thick and thin m life. They have a sizable interest in agriculture, most of which are found in farming. Punjabi people love celebrating every festival and have specific traditions and rituals to cherish every festival. These celebrations can be childbirth, funeral, hair cutting, wedding, etc., all of which are reflected in folklore.

Punjabi musical art Bhangra is a unique dance form and is extremely famous worldwide. Bhangra has specific beats also heard in significant parts of the west. Along with bhangra beats, Sufi music and Qawali have tremendous importance in Punjabi music genres.

Some famous love stories are tales from Punjabi folklore, and the heroines of these amours went against the rules and norms of society to earn their love. The favorite folktales of Punjabi are Sassi punnu, Sohni Mahival, Heer Ranjha, Laila Majnoun, and Mirza Sahiba. All of these demonstrate the true essence of Punjabi Art.

Technically, most of the stories revove around one critical point: All the protagonists who went against the social convictions were punished with deaths, but their deaths were glorified and are still remembered as love standards for the rest of the couples today.

This engrossing love story starts when Ranjha gets into a row with his brothers over land, and he enters the village of heer. Heer was a pretty lass of a wealthy Jatt Family. When Ranjha entered the town, he was hired by the Heer’s family as custodians of her father’s cattle.

Ranjha was a great flute player and was noticed by Heer, and she was impressed by his flute (bansuri). Both Heer and Ranjha fell in love and started meeting secretly on the farm for many years.

One day, one of the Heer’s uncles, Kaido, caught them meeting behind the scenes. Kaido proved to be the rebel, and he complained to her parents. As a reaction to her family, Heer engaged another man.

Ranjha got heartbroken and became Jogi in the love of Heer, and he pierced his ears and repudiated this material and non-spiritual world. After some tithey reunified me, during Ranjha’s visit to the village of fied. During that time, Heer’s father pulled the rabbit out of the hat and agreed to their wedding.

All the dates got fixed, and the disaster happened on the wedding day. Heer’s mean uncle added poison to Heer’s food. When Ranjha learned about this rebellious act, he rushed towards Heer, but she had already eaten the poisoned Laddu, and Ranjha also ate the same Laddu, and both died.

This romantic love story was written by the poet Waris Shah, and some people believe tittory had a happy ending, but the poet made it sad and left the readers with a lump in their throat.

Mirza and Sahiba were cousins. Both used to live in separate towns, and they met and fell in love when Mirza was sent to Sahiba’s city for studies. Both wanted to get married, but this course was quite demanding, and Sahiba’s parents proved to be the biggest hindrance. They found this match unacceptable, and they disapproved of the marriage.

They fixed Sahiba’s wedding to Tahar Khan. Mirza returned to his town, and Sahiba sent him a barbing message that Mirza should come to embellish Sahiba’s hands with marriage henna (mehndi). Mirza received this message and planned to elope.

He arrived at Sahiba’s house on his horse Bakki one night before the wedding day and caught Sahiba away secretly. After riding many hours, Mirza took a break and rested under some trees. Sahiba’s brothers were following them, and when Sahiba noticed that her brothers would catch them. Mirza was an excellent marksman, and he would kill her brothers.

She broke all the arrows on Mirza and was sure that her brothers would not do any harm to him once they would see her. But the circumstances tilted otherwise, and her brothers killed Mirza. On seeing that Sahiba couldn’t hold the pain anymore, she killed herself with a sword, and this folktale also ends on a sad note.

This is also famous folklore in Indian Punjabi culture. Sohni was a potter’s daughter, Tula, and he was living in Gujrat (India). Sohni was a great artist and used to draw blooming designs on her father’s pots. A well-off trader from Uzbekistan named Izzat Baig (Mahival) saw the pretty lass Sohni and fell in love with her.

He left his country and started working as a flunky at Sohni’s house. When Sohni saw him, she also fell head over heels for Izzat. Tula and his family, when they heard tittle-tattle about the love story of Sohni and Mahival, he found it safe to arrange Sohni’s wedding to another potter. On her marriage day, her parents bundled her off in the palanquin.

After this tragedy, Izzat Baig repudiated the world and started living like a pillarist over the runnel in a small shack. Every night Sohni used to come to the riverside to meet Mahival, and he used to swim on the other side and meet her. One day, Izzat fell ill and could not swim, so Sohni started swimming using the earthenware pitcher as a float.

Sohni’s sister-in-law doubted Sohni, and she started following her. In doing so, she discovered the original story, and one bad day she replaced the pitcher with the crude one, which broke down in the water.

On that night, when Sohni floated on that pitcher, she drowned. Mahival saw that he jumped into the water and died while drowning. Their dead bodies were recovered from the stream and were buried there.

The love story of Sassi Punnu is one of the four most famous romances in Indian Punjabi folklore. Sassi was a descendant of the king of Bhambour. At her birth, the astrologers of the royal family speculated that Sassi would be the hoodoo for the raja (king) and family.

After hearing this, the queens put Sassi in a box and asked the servant to throw her in the river. The washerman found the box and adopted the kid.

On the other hand, Punnu was the son of king Mir Hoth Khan, and he eagerly wanted to meet Sassi when he heard stories about her beauty. He traveled to the village of Bhambour, and after reaching there, he gave some clothes to the man who adopted her to wash as he was a washerman so that Punnu would easily see Sassi.

Both the Sassi and Punnun fell in love when they saw each other for the very first time. Sassi’s father didn’t oppose the marriage, but Punnu’s family caused hindrances.

Punnu’s brother carried Punnu off on the marriage night and returned to their town, Kitcham. The following day when Sassi heard about this incident, she couldn’t take this grief and ran barefoot to Kitcham. She met a Shepard on the way and prayed to God to stash her, and the earth opened up and swallowed her.

On the other side, when Punnu listened to this, he prayed the same and was buried in the same valley. This ended their love story, and they met the divine. There are graves still existing in the mountainous valley. Shah Abdul Latif has paid a beautiful tribute by writing Sufi poetry about their romance.

Ling app is a language learning app that offers courses in more than sixty languages, including Spanish, Thai, Italian, Korean, Chinese, and many more. It is pretty easy to use. When you install the app, yot need to enter your name, email address, and password, and then you will be provided with a list of languages. From the inside, you will have to select one in which you want to take lessons. So if you eagerly want to learn a language, the best thing you can do is install the Ling app from Google Playstore or App Store! 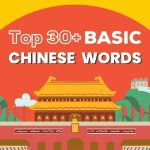 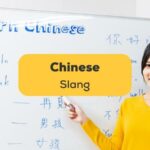 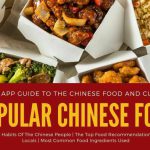 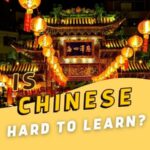 Is Chinese Hard To Learn? #4 Best Steps To Become An Expert! 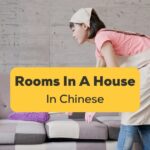