A different language is a different vision of life. So, why not start learning a modern language like Latvian. Let us get started by learning nationalities and country names in Latvian first.

Destination Latvia is one of the three Baltic countries located on the east coast of the Baltic Sea, between Estonia and Lithuania. The country also shares borders with Russia and Belarus and shares maritime borders with Sweden.

In this article, I will teach you how to say the nationalities and country names in Latvian. Along with that, I will give you some basic information about Latvia, its language, and its culture.

What Language Is Spoken In Latvia?

The current population of Latvia is 1,853,130 (2022). The capital and largest city of Latvia is Riga. The spoken languages are Latvian (official) Russian, and English. (Especially tourism and business)

Latvian is the primary language in Latvia, and there are approximately 1.76 million native speakers in the country. Latvian is an East Baltic language. It is a member of the Indo-European and Sanskrit families closely related to Lithuania. The earliest papers written in Latvian are the hymn written by German priest Nikolaus Ramm in 1530 and the translation of the Lord’s Prayer written in 1544.

Country Names In Latvian And Their Nationalities

So, here is a list of all countries in the world in English and country names in Latvian.

Now, after learning country names in Latvian, let us learn the nationalities of these countries in Latvian.

country names in Latvian and their nationalities

Congratulations…! now you learned the nationalities and country names in Latvian. So, if you want to understand Latvian a little bit or fall in love with Latvia, you should understand its cultural life.

It is surprising how much traditional culture and folklore have become an inexhaustible source of inspiration for Latvian art, architecture, and design. The same is true for Latvia’s complex history – it provides endless food for thought, novels, drama, poetry,  and even visual arts and musical works.

Start Learning Latvian Language And Speak Like A Native

Do you want to limit yourself to nationalities and country names in Latvian or learn Latvian like your mother tongue? The Ling app by Simya Solution works wonders for beginners, so even if you do not know anything about Latvian, do not worry.

Fun mini-games and quizzes help you quickly master a new language, and hundreds of conversations are available at any time. In addition, you can master the language through extensive grammatical hints and instructions. So, what are you waiting for?

If you have any questions about the process of learning a language, you can read the “Frequently Asked Questions” on our page with just one click. 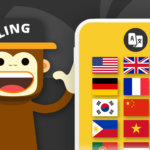 The 5 Best Language Learning Apps In 2022 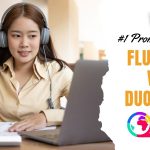 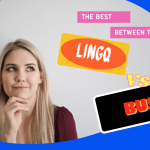 LingQ Vs Busuu: The Best Between These 2 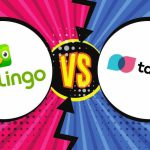 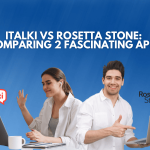 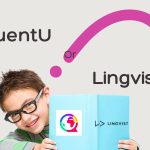