A Note On The Lao Nop

You might already know the famous Thai ‘wai’ (You see it everywhere in the country, even outside a McDonald’s restaurant, their mascot Ronald performs one). What you might not know is that Laos has its version called the ‘nop’.

You perform the nop by placing your hands in a prayer position at chest level. The higher the level, the more deference you want to show. You can use the nop as a greeting as well as a goodbye.

Other Phrases To Introduce Yourself In Lao

More Details About The Nop

Please don’t make the mistake I made my first time in Southeast Asia and nop at a child. They’ll be very confused. The nop is a way to pay respect towards people who are your senior in years or social position.

The nop is indicative of the height rule. In Lao culture, your head should never be above the head of someone you think commands more respect. This is taken to the extreme when people meet royalty and lay themselves entirely flat on the ground.

Sidenote: Of course, the nop is a version of a western handshake, and for centuries scholars have been trying to pin down its origins. The most dominant theory is that it was a way for two strangers to show that they didn’t have any concealed weapons upon meeting.

In Thailand, the first documented nop was from the Sukhotai period in the 14th century(19th century in the Thai calendar).

If you’ve brought a gift for your host, it is polite to give it with your right hand, not the left. It isn’t easy to know why this is the case. All over the world, there is a natural prejudice towards the left hand. A common way students hand homework to me is by presenting it with the right hand, with the left hand on the right elbow.

The Thai and Lao people are very quiet, and you will rarely hear a raised voice unless you’re at something like a football game. So you don’t have to worry about loud talkers at the back of a movie theatre in Bangkok or Vientiane!

Don’t be surprised if people in Laos immediately ask for your age. There are two reasons for this. The first is so they know what honorific to use with your name, and secondly, Lao people have a kind of inborn curiosity when it comes to finding out more about you, especially if you’re young. Invariably the question that follows the one about your age is whether or not you are married.

How Old Are People In Laos?: Population Demographics

This data shows us that Laos has similar demographics to many developing economies, namely the mean age is much younger. This is great for economic growth because the majority of the population is of working age. We can already see the problems caused in Japan by an aging population and a declining birth rate. It will be many years before Laos has to face a similar problem.

Learning Lao has never been easier, thanks to the Ling app. As discussed in our article No Lao on Duolingo, the language app giant has decided to forego a Lao course(much to its detriment, in our opinion). Ling is the only place you can find a high-quality language learning app.

We use many of the key features of Duolingo, including gamification elements, spaced repetition flashcards, and listening and reading practice. The Lao language course has particularly good quality control because most of our employees speak Lao(Ling is based just over the border in Chiang Mai, Thailand).

I’m not the kind of writer that’s going to tell you that simply downloading an app will get you fluent in a new language in 6 weeks, but it is the single biggest thing you can do for one reason. It keeps you accountable. I see story after story on Youtube and Reddit of people who simply cannot give up their ‘streak’. 100 days, 500 days, 1000 days. Once you start an app like Ling, it’s very difficult to stop, and what’s more, it leads to other things.

If you do 10 minutes in the morning, then you feel compelled in the afternoon to watch some Youtube videos or practice some reading in your target language.

Check out the rest of our Lao blog for lessons on everything from basic greetings in Lao to Lao names and nicknames. And after you’ve done that, come on over to our website and start learning Lao today. 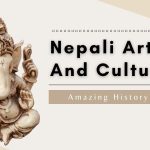 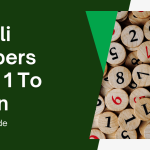 Nepali Numbers From 1 To Billion – An Easy Guide 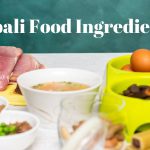 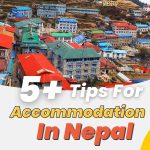 5+ Super Tips For Accommodation In Nepal 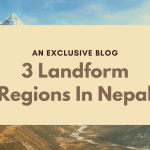 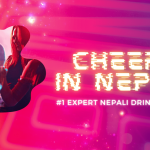