Basic words and phrases in Korean language (한국어 / hangugeo) can be easily learned nowadays. It is one of the most popular languages among southeast Asian countries because of the prevalence of Korean culture through Korean popular posts, Korean drama/movies, Korean music, and even Korean food. Many people want to learn Korean to expand their vocabulary, and understand how their favorite actors and biases speak. Whatever the reason is, it is undeniable that the Korean language has taken a big step to know not just in Asia but all over the world.

Today, there are lots of people who speak English as their second language because it has been widely used all over the world but learning to speak Korean will definitely step up your game. It will widen your vocabulary and give you a deeper understanding of Koreans. So, are you ready to learn new Korean words and Korean phrases? Let's go! (가자!/ gaja!)

Brief Introduction About The Korean Language

Here is some useful information that you might want to take note of about the Korean language:

Korean is also spoken in other large communities around the world such as the US (most from New York), Singapore, Thai, Guam, and Paraguay. The number of Korean speakers continues to increase because there are some countries like the Philippines, where the Korean language is taught as an elective course.

The most known origin of the Korean language is the Altaic language family of central Asia which includes Turkish, Mongolian, and the Tungusic languages of Siberia. Other linguists also argue that Korean belongs to the Austronesian language family. Because of the long history with Chinese and Japanese, determining its linguistic affiliation is really complicated. Some also considered the Korean language as isolated. Whatever its origin may be, it gave birth to an amazing language called Korean.

Modern Korean, which is based on the Han dialect, became dominant all over the Korean peninsula and is widely used nowadays. There are two standard varieties of Modern Korean. Both dialects are distinguished and regulated by the national language policy of the country. Most of these dialects are mutually intelligible.

I will explain how to use them in the next step.

There is a special reason why people want to learn Korean words and Korean phrases. People have different reasons why they want to learn this language. It can be because they are inspired by the Korean music and dramas they are listening to and watching. It may also be a requirement for an elective subject in school. Most of all, people want to start learning Korean because they want to travel to Korea and start conversations with the locals.

네 (ne) is used the same way it is used in the English language. As a traveler, this is really essential especially in airports, shopping, dining, and traveling around the country. You can also hear people say 예 (ye) which is a more casual way to say Yes in Korean.

No is also one of the basic but most important words to learn in Korean. It is as important as the word Yes because you will not say Yes all the time.

On the other hand, when you are in doubt or unsure about something, 아마도 / amado is the right word for you. Of course, there will be a lot of things that you won't be so sure about when you begin to learn Korean.

The common way of agreeing is saying Ok (괜찮아요 / gwaenchanayo). This is just a word but it is really important and useful in many different situations.

안녕하세요 (annyeonghaseyo) is one of the most common words in the Korean language you will hear anywhere. Koreans love to welcome people with a greeting This is the easiest Korean greeting that you can use in many situations. This is also a great conversation starter and ice breaker when communicating with the locals.

Koreans really value respect and politeness. It is clearly reflected in Koreans when you go to their country or even just watch their movies and dramas that is why the word Please (주세요 / juseyo) is used often. As a traveler, this is important to show your politeness to the locals in different situations such as dining in a restaurant and shopping.

We all know that saying Thank you is a sign of showing your appreciation and gratitude to another person which is a very important thing in Koreans. There are a lot more Korean phrases that you can use to say Thank you but this is the most common you can use in both speaking and writing.

You should also know how to respond when somebody thanked you by simply just saying You're welcome (천만에요 / cheonmaneyo) in Korean. This is also a sign of politeness toward other people. Korean phrases like this are really important to keep the conversation going and also to be nice.

Both Korean phrases have the same meaning but they are used in different situations. 미안합니다 / (mianhamnida) is formal and you could also hear 미안해 (mianhe) which is more casual. Saying sorry is a sign of humility and also respect.

Knowing how to say Goodbye (안녕히 계세요 / annyeounghi gyeseyo) in Korean is also important especially if you are a tourist. It is one of the most common Korean greetings which is mostly used in daily conversations.

These 10 basic words and phrases in the Korean language are just the simplest and easiest that you can learn. As a person who doesn't know how to speak Korean, these phrases and words are a good starting point in your journey in language learning. For people who speak English, learning Korean may not be too easy especially in written form since it is really. But with a lot of practice and continuous reading of blogs like this, you will surely get learn little by little.

Other Basic Korean Phrases And Words To Learn

Speaking and Korean will require you to learn more vocabulary other than the 10 mentioned above. Now that you have learned the 10 basic words and phrases in the Korean language, let us learn more. Take note, we are only learning the basic words, phrases, and sentences, there are separate blog posts for other topics as well. Here is a list of additional Korean phrases and words to learn in different categories:

There are plenty of Korean phrases and vocabulary that are commonly used in everyday conversation. There are Koreans who speak English but there are also those who don't. Learning basic words and phrases in the Korean language as well as sentences will make it easier when you are talking to the locals. Here is a list of words and phrases that are used in everyday life:

Shopping is part of a great adventure in Korea. Even if you don't plan to go to Korea, there may be times when you want to buy something in a Korean store. One of the reasons why people admire Koreans is the products they use in everyday life. Here are some words that may help your shopping experience easier:

Another reason why people love Korean culture is because of their food. If you want to eat in local restaurants or someone invited you for a meal, these are some phrases that you need to know as a beginner. Take note of the pronunciation of these Basic words and phrases in the Korean language because it is really important.

Traveling is really hard if it is your first time and it is even harder when you don't know how to speak their native language. Even if you are with your friends and all of you only know how to speak English, traveling will be hard for all of you. If you decide to Korea, try learning the following phrases that the native speakers use:

Learning basic words and phrases in the Korean Language will definitely help survive. You will hear a lot of phrases and words that you don't even understand and it will make it hard for you to have good communication with the locals. Of course, you won't always have the opportunity to check your dictionaries or some free pdf files saved on your cellphone to compose what you want to say. If you want to learn more Korean words, phrases, and sentences, Ling App will help you achieve your goals. Through the Ling app, you will be able to hear the pronunciation of each word. This will help you learn to speak the language and accurately.

Ling App will provide fun and engaging lessons that will surely make your language learning experience exciting and meaningful. These lessons will help you learn how to speak and write in Korean. Through Ling App, you don't have to attend any class at a given schedule because you can learn with just your phone or computer during your free time. Learning a language will be a lot more easier and fun. What are you waiting for? Start learning Korean now!

3 comments on “55 Basic Words And Phrases In Korean: Useful List” 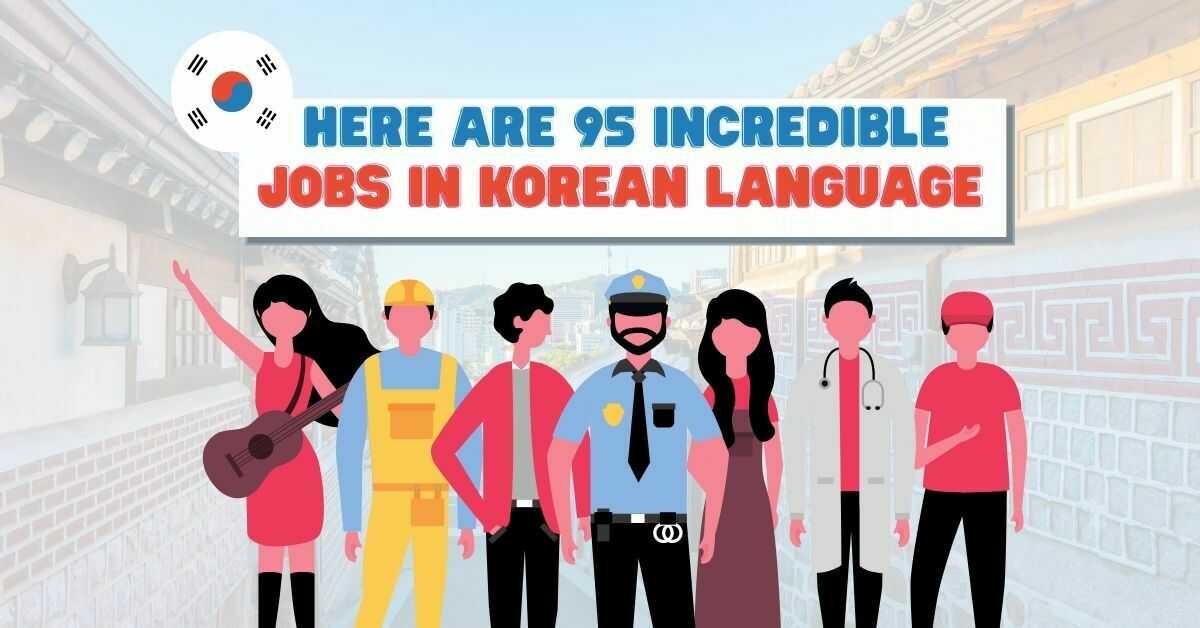