Amazing Map Of The Philippines: 5+ Cities and Much More Do you know the main elements of a map of the Philippines? In this blog post, you will learn about 5+ cities, mountains, and provinces. Let’s get started!

Map of The Philippines

The Republic of the Philippines is located in South East Asia. It is known for its most islands and it is situated in the western Pacific Ocean. It has approx. 7,641 islands are divided into three broad categories; those are Luzon Island (the largest island of the Philippines). As the map shows it is from north to south. Visayas and Mindanao (the second largest Island), is one of the major islands of the Philippines.

Sulu archipelago is known for the fact that It has a chain of islands in the country. The Philippines shares its borders with nearby countries like Taiwan, China, Indonesia, Palau, Japan, and Vietnam. Taiwan and China are found on the north side of the Philippines. Malaysia in the southwest, Indonesia in the south while Vietnam is located in the west.

There are about 146 Philippine cities, which are divided into three classes or groups. Those classes are HUC which stands for high urbanized cities, CC which means component cities and the last class is ICC which indicates independent cities. Cities that are considered under local government units have a population of a minimum of 200,000 people and 50 million annual income fall under the class of highly urbanized cities.

Independent component cities fall outside the jurisdiction of provinces only some of these cities can take part in provincial elections and those are considered independent but have not attained the level of highly urbanized cities yet. On the other hand component, cities are opposite to ICC. These cities fall under provincial jurisdiction. Each city has its municipal charter but it is governed by local government. According to the information gathered, there are 33 highly urbanized cities. Five ICC and all the remaining cities are components.

A map of the Philippines shows Quezon city, which is considered the most populous city in the country. It is located in the national capital region.

Manila is the country’s capital and is considered the most densely populated city if the Philippines. It is famous for Manila bay. Furthermore, the capital city is also famous for Metro Manila.

Davao city is the city which is largest according to land area. It falls under the Davao region and it is the general Santos city.

San Juan is considered the smallest as it has the smallest land area. Cebu City is located in the central Visayas region. It has a population of 964,169 people.

Puerto Princesa is another city in the Philippines that is known for the fact that it is the most sparsely populated city in the country. Palayan is the least populous while Santo Tomas is the newest city found on the map of the Philippines.

Major Mountains In the Philippines

There are lots of mountains shown on the map of the Philippines. Among many mounts, Pinatubo, Zambales mountain, and Caraballow mountain are the most famous mountains. We are going to discuss them one by one.

Although mountains have volcanic origins. It is famous for a natural hazard that happened in 1991. The volcanic eruption that happened in the city killed tens of thousands of people. It can be considered the major mountain in the country. It is a very beautiful mountain famous for white sand and clear turquoise water.

It is located in central Quezon. Its high peak is called mount Tupulao and its length is considered 180 km (110 mi) N-S. Cabasilan mountain range is a prominent section of the mountain and it is composed of mount Cuadrada, mount Negron and mount Cabasilan also falls under the Cabasilan mountain range (significant mountain range) and it is the active volcano in the range which happened because of the typhoon belt that covered the area with volcano ash and proved hazardous for the people.

It is the major mountain range that is located in Puerto Rico. Its highest point is Carro de Punta which falls under a Caribbean island. Caraballo Mountain is the central plain of Luzon island and the Sierra Madre mountain ranges. Most rivers pass through this mountain including the Cagayan River which is the longest river in the Philippines. The length of this mountain is 54km (39mi) north-south, and its width is 15 mi (24km).

It is one of the highest mountains in the Philippines. The above map shows that it is situated in the Davao Region with an elevation of 2954 meters above sea level. It is locally called Apo Sandawa. It is one of the most climbed mountains and people go hiking there. Don Joaquin Rajah led the first summit of this mountain that became successful on October 10, 1880.

Important Rivers In The Philippines

Rio Grande de Mindanao, Agusan River and Agno river are the important rivers in the Philippines.

It is the most important river after Rio Grande de Mindanao as it is the third-longest river with 11,937 sq km drainage area in total and a length is 349 km. it is situated in the Davao region under the Agusan River Basin. It is the section where water flows from Santa Josefa to Amparo while the last section is the Agusan river basin from Ampere to its mouth at Butane.

This river is also known as the Pangasinan River. It is located on Luzon Island in the Philippines.  It has a 5952 sq km drainage area. It falls under Cordillera Administrative region and in Banquet province. It is considered the sixth-longest river in the Philippines. There is gold found near this river. (Interesting information)

Lakes in the Philippines

This lake has surrounded Volcano Island and that volcano island surrounded another lake known as main Crater Lake. It is a home for many species like sea snakes, sardines, Hydrophils sempai, and sardinerra tailles.it has a surface area of 173.40 sq. km. It is a marvelous destination to visit.

This is one of the famous lakes found on the earth in the Philippines and also the largest lake known. It has 949sq km of area and a depth of 2.5 meters. It is divided into 3 bays. Central bay, West Bay, and South bay. The bay located in the south is known as the south bay, the one situated in the west is called the west bay and the other one in the center is the central bay. It has 2.19 billion cubic meters of water holding capacity.

There are 81 provinces in the Philippines. These 81 provinces are divided into several groups like component cities, independent cities, local government units, and different regions like the National Capital region, etc. Sangguniang  Panlalawigan which is known as the elected legislature governs these provinces.

It is the province with the capital Banged. It has lots of tourist places. The most famous one is the Abra River which has the title of one of the largest rivers in the Philippines. The second one is the Kaparakam waterfalls.

The unique fact of this waterfall is that it only gets prominent during rain. The third important and famous tourist spot is Don Marcos Bridge which is considered the third largest bridge in the country. Abra Miki noodles are the famous meal of this province.

It is another important province that is famous for its surf scene. San Fernando is its capital. It has lots of beaches like Luna pebble beach. There is a temple called Ma-Cho temple found in this province. La Union fried chicken and Halo-halo is some of its famous meals.

It is an important province that falls under the central Luzon region. This province faces the Philippine Sea.

It is another province. It is under the Bicol region ad it is considered the home of the Mayon volcano.

Galathea depth is a trench in the Philippines. It is known as the third deepest depth in the world. It is 10.54 km below sea level.

That’s it for this blog post. If you want to learn the Tagalog language then you can check out the Ling App. Download the app now from the  App Store or Google Playstore. Make sure to know about Filipino American History Month and get ready to learn about Philippines Independence Day. 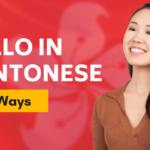 How To Say Hello In Cantonese: 20 Useful Ways 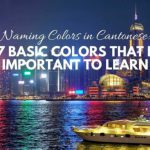 Naming Colors In Cantonese: 17 Basic Colors That Is Important To Learn 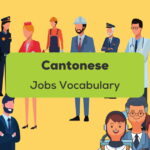 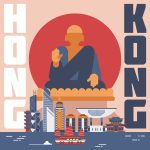 No Cantonese On Duolingo? 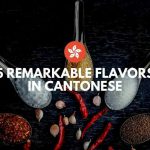 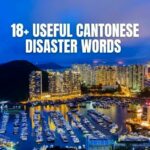