Countries And Nationalities In Spanish: #1 Guide The first thing we tell someone we meet for the first time is our name, followed by our country and nationality. Learning a new language is synonymous with connection, and I believe that knowing how to name each country has the same effect.

If you are interested in involving yourself more in different cultures, learning about the countries and nationalities in Spanish can benefit you greatly.

You can feel closer to the people of the countries you visit and even engage in great conversations with the locals. After all, exchanging information about your nationalities can be a great icebreaker!

Also, a fascinating fact about people from Spanish-speaking countries is that you can rarely tell where they are from just by looking at them. You’ll have to listen to their accent to get an idea, or even ask to be sure.

So, in this article, we will cover the Spanish translation of the countries categorized by continent and their respective nationalities.

Get to the end for some essential phrases and examples of conversations you might have with Spanish-speaking people during your future travels.

Basic Information You Should Know

Before getting into the main vocabulary of this article, you should learn some basic rules while talking about nationalities in Spanish.

Unlike English, in Spanish it is not necessary to capitalize nationalities when writing.

In Spanish, you must use the correct singular or plural form depending on the subject you are talking about.

For example, if you are on tour in Spain and the people you are with are all from Ecuador, you can say: ‘Todos son Ecuatorianos’ (All of them are Ecuadorean).

That term is the masculine plural form to refer to the Ecuadorean nationality.

An important thing to remember when using nationalities in Spanish sentences is what gender you should use.

You use the masculine form if the majority of people are male. When referring to a woman or a group of women, you use the feminine form.

How To Say The Words ‘Countries’ And ‘Nationalities’ In Spanish?

First things first. How do you say the words ‘countries’ and ‘nationalities’ in Spanish? Easy!

The word ‘país’ comes from the latin ‘pagus’, which means town or land.

Let’s see some basic phrases involving this word. It will be the one that you will often hear in casual conversations.

The following term will sound easier as it’s pretty similar to English.

So, what are the countries and nationalities and Spanish? Let’s start with America!

Interested in learning about the languages spoken in some of these countries? Learn what goes beyond the Spanish language in the article about the spoken languages in Latin America!

Sentences And Exercises To Practice!

Ready To Have Conversations With The Locals?

After learning all these countries and nationalities in Spanish (and what a massive list it was), you can start practicing next time you travel abroad and meet people.

You can use this vocabulary with locals in Spanish-speaking countries and people from other nationalities.

Perhaps you want to exchange information on how to say different countries and nationalities in diverse languages, or show off a few of your Spanish skills. Either way, you are beginning your journey to master this beautiful language.

So, do you remember how to say your country and nationality in Spanish? If not, you can save this article to come back later!

But that’s not where it ends. Your next step to increasing your Spanish skills lay in the resources you use to learn.

And we have the best option for you.

If the Spanish language is your favorite, or you have an immense interest in learning it, it is possible to do so by practicing for just a few minutes per day.

Ling App is a user-friendly language app that helps you learn new languages, in this case, Spanish, in a super fun and effective way.

While learning with Ling, you can always come back to read our blogs related to the Spanish language, travel, and Hispanic cultures, such as typical Spanish professions, names of Spanish dishes, and basic phrases for every day.

We believe that the language learning journey should be joyful and enjoyable. And for that, you need quality, engaging, and fun resources to make it easier than ever for you to grasp every part of the new language.

Ling App will be your best friend along this journey.

You are just a click away from achieving fluency in the second most spoken language worldwide! Get the app at App Store and Play Store, and happy learning! 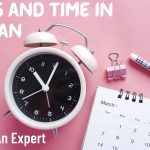 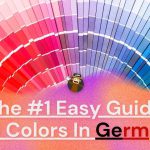 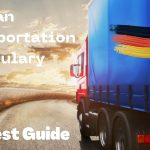 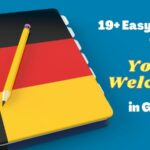 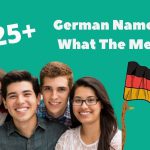 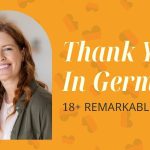 Thank You In German: 18+ Remarkable Ways