Every language has different grammar rules and sentence structures. For example, the SVO order (Subject, Verb, Object) is the basic structure of English and many other languages. Similarly, the Arabic language has rules that are unique and may be too different from other languages. Ready to learn more about how to create your first dramatically correct sentence? Well, you are in luck because this article will teach you about the basic Arabic sentence structure and its types.

What is the simplest and easiest sentence one can make in the Arabic language?

If we talk about the simplest sentence in Arabic, it can be made with a noun and a matching adjective, and it can be verbless, unlike in English. You might not understand it well, so I would like to show you two examples.

In these examples, you notice that the noun, which in these cases is boy and girl, is simply joined with an adjective to make a complete sentence.

The subject in the nominal sentence is always a noun or a pronoun. These sentences’ predicates are mostly combined nouns, adjectives, verbs, prepositions, and nouns.

Same as in English, right? But here is the catch!

In the first sentence, the first word, haza – هذه, is the subject, and the remaining is the predicate, which includes an adjective and a noun.

In the second sentence, the word الأولاد – al’awlad is the subject to be joined with a Proper Noun to complete the sentence.

You might get mixed up initially, but once you start acing this, you’ll feel blessed. Imagine going on without having to learn and use so many tenses and forms of verbs; you got me!

Unlike the English language, it’s not a must to have a sentence start with a noun/pronoun, for example, in the case of a verbal sentence. A verbal sentence is a sentence that always starts with a conjugable verb. This verb can be in the imperative form, present, or past tense.

There are some other words too which can help you in this case.

The verbal sentence has at least two main parts; the first part is the Verb – الفِعْل – al’fail, and the second one is the Subject – الفَاعِل – al’faail.

In these examples, we can see that the sentences start with the Arabic verbs or the words mentioned above, which makes these sentences verbal sentences.

In English and other languages, the verb is never considered a sentence, but sometimes, in Arabic, it can play the role of a sentence. This generation is obsessed with keeping the conversation short anyway, so it’s like a dream come true for you guys. See? Arabic is difficult but easy too.

In this example, the subject is implied within this verb and is called the implicit subject, which is called مُسْتَتِر – mustatir in the Arabic language.

The parts of a verbal sentence other than the main verb are called a compliment – مُكَمِّلات – mukammalat. This word is derived from the word مکمل – mukammal, which means that these compliments complete the remaining sentence.

Categories And Components Of A Sentence

According to the Arabic grammar of Modern Standard Arabic, the structure of a normal Arabic sentence consists of many parts of speech of the following three categories.

Ism – اسم is translated as Noun but consists of all kinds of nouns, pronouns, adverbs, adjectives, etc.

Fail – فعل is a category that includes all kinds of verbs only.

Hurf – حَرْف has articles, many particles, and conjunctions.

A Noun is a person, animal, place, or thing. The concept of nouns is the same in English and Arabic. But in Arabic, nouns explain much more than that. They are classified into four categories.

Verbs are action words both in English and Arabic. But, Arabic verbs have many conjugations. The correct verb form should be applied according to the situation and gender. Arabic verbs are categorized as

Unlike English, Arabic has two words for the second and third person. In English, the word “you” is a gender-neutral term. The case is different in Arabic. Let’s now find out more about this phenomenon.

In Arabic, the letter and pronoun “I” is called أنا – ana, “he” is translated as هو – howwa, whereas “she” is said هي – heya. In Arabic, the word “you” for masculine is called as انتَ – anta, and the same word for feminine is انتِ – anti.

There are three dual pronouns in Arabic. The word “we” is spoken as نحن – nahnu. The word “they” is translated as هما – huma and the Arabic word for “you” (dual) is أنتما – antuma.

Even if you have just started learning Arabic grammar, you might have noticed that Arabic sentences can make sense without the verb. In English, a verb makes a very important part of a sentence, but that’s not the case in Arabic.

In Arabic grammar, such sentences are sometimes called nominal sentences/noun sentences. Sometimes they are called equational sentences because they are equivalent to English sentences containing the verb “to be.”

These sentences would have the verb “to be” formed in the current state, assuming they were in English.

Here is an example for you.

In this example, the word ‘إسمي’ means “my name,” and the word حمزہ means Hamza. We can see that there is no verb in this sentence, so simply imagine there is an equal (+) sign in that place where the verb would go in English, but in the Arabic language, there’s a blank space.

There is a simple formula to make an equational sentence, which is

The subject of an equational sentence doesn’t always have to be an Arabic Pronoun. The Predicate can be a kind of a noun or an adjective, too, for example.

Ali is a proper noun in this sentence, and the subject and student are predicates.

A Noun phrase is a group of words with a noun as its head. This head can be joined with complements as well as modifiers. The Arabic noun phrase is usually accompanied by one or more modifiers. These modifiers include adjectives, adverbs, nouns, and pronouns.

Complex noun phrases are the ones that consist of either a verbal or an adjectival construct. For example; long patience –طویل الصبر –

We can clearly see that this phrase has an adjectival construct; hence it is a complex noun phrase.

Proper plural comes in two major forms based on gender. Let’s learn about those.

It is formed by the addition of oon – ون if it is the subject one is talking about and yun – ين if it is an object within a sentence.

The addition of اتٍ – aat/ atin is mad if it is the subject and only ت – at if it is an object noun in the sentence.

Arabic and English have some differences, too, as Arabic is more explicit than English. Here are the top three ones for you to know about.

Here is a list of some example sentences for you to learn more about. We provide the romanization of each Arabic sentence for your ease. If you can’t read Arabic yet then you might want to check out our blog post about the Arabic alphabet.

That’s it for this blog post. As always, we have tried to break difficult concepts into easier ones for you. Ling App has your back if you wish to learn more about this rich language!

Also, check out useful Arabic greetings and Arabic food to learn more. Don’t like reading much? Download the Ling App from Google Playstore or App Store and start learning the Arabic language now! 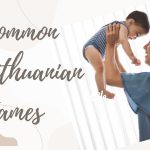 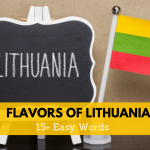 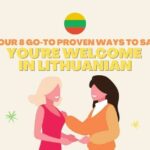 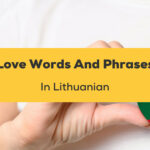 Keeping It Slow: 5 Love Words And Phrases In Lithuanian 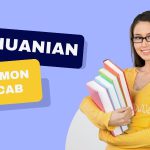 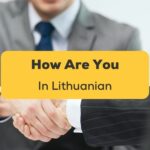 10 Beautiful Ways To Ask How Are you In Lithuanian Language