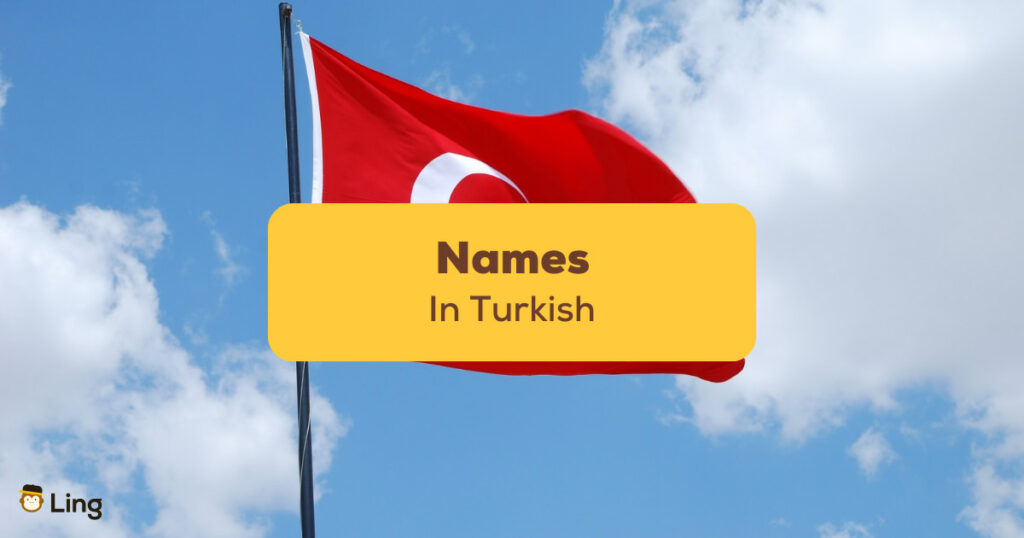 The influence of names on humans is undeniable, and all parents want their newborn baby to have a unique name with a beautiful meaning. Some Turkish people believe that your name can affect your fate because you can take the meaning of your name as a role model. So what should you know more about names in Turkish?

The name chosen for your baby can affect their character structure in the future. If the family treats the kid in line with the meaning of their name, that meaning starts to identify with the kid throughout their life.

So, if you’re looking for a unique Turkish name for your newborn baby, we’ve prepared a great list that includes male, female, and unisex baby names in Turkish. I’m sure you’ll find the perfect name for your baby girl or boy here!

Let’s get started with the origin of names in Turkish.

The Origin Of Names In Turkish

As you know, Turkey is one of the countries in Western Asia. However, there is something that differentiates Turkey from other countries in the same region; Turkey is like a bridge between Europe and Asia because of its important geopolitical location.

Consequently, Turkish culture has been under both European and Asian influences for centuries.

This being the case, many Turkish names have been derived from Arabic or Persian words because of the Islamic influences in Turkish society.

There are also numerous beautiful names with actual Turkish roots. Keep in mind that if a Turkish word has a pure Turkish origin, it probably comes from the non-Islamic age.

Fun Fact: Turkish origin is called ”Öz Türkçe,” meaning the purist Turkish language without any loan words and influences from other languages.

How Does The Naming System Work In Turkey?

In Turkish culture, when a woman is married, she usually takes her husband’s surname. It is also possible for women to keep their current surname to have two family names after marriage.

However, a man taking his wife’s surname is not the case according to the Islamic tradition as in many other Muslim majority countries.

Turkey has mostly had a patriarchal society for ages; hence it is the son who continues a family’s lineage. Thus, a newborn baby takes the father’s surname as a family name.

In case of a divorce, the children can change their surname to their mother’s.

The name Mehmet is an abbreviation for the name of the Islamic Prophet Muhammad, and it means the one praised both on earth and in the sky.

Mustafa is actually an Arabic name, and it is known as the nickname of Prophet Muhammad, which means the chosen one.

Ali is among the most commonly used Turkish male names, and its meaning is high and great. It is also the name of one of the companions of Prophet Muhammad.

Its first meaning is someone who is groaning with pain. Secondly, it is the Turkish form for the name of Prophet Joseph.

Hasan is another Arabic word meaning good or beautiful act.

Other Popular Turkish Names For Males

It is the Turkish version of Fatima in Arabic, meaning the woman who weaned her children. Also, it is the name of the daughter of Prophet Muhammad.

The name Ayşe usually means peace and love. However, it also means someone wealthy.

The name Hatice represents virtue, honesty, and good morals, and it also means a baby girl who was born prematurely.

Zeynep is a girl’s name of Arabic origin, and it means precious stones and jewels.

Elif (ا) is the first letter in the Arabic alphabet. This name is likened to a long length because of the slender shape of the letter. Hence, it means a girl who is tall and elegant. It also means friendship.

Other Popular Turkish Names For Females

Do Turkish People Use Nicknames?

Turkish people usually use nicknames to shorten someone’s name. You can simply keep the first a few letters and then add a vowel to create a short nickname for someone. For example:

Turkish girls are more likely to make their girl friends’ names sound more adorable, so they add the letter -ş (sh) at the end. For example:

Yep, my name is Betül, and my mother sometimes calls me Betüş. 😊

Remember that you can give a nickname to only your close friends! Otherwise, you’ll sound rude and disrespectful.

If you’re looking for nicknames that you can use for your girlfriend or boyfriend, we have a detailed blog post that you shouldn’t miss! It’s about Turkish endearment words!

Popular Names In Turkish (A Recap)

If you are thinking about learning Turkish or other languages, waste no more time and check out the Ling App to get started today!

Also, don’t forget to check out our Turkish blog for weekly articles related to the Turkish language and culture!

Trust me; you won’t regret it if you give Ling a try for FREE by simply downloading it from the App Store or Play Store.