Want to make some Malay friends? If you’re going to make friends with the locals in Malaysia or Indonesia, you should read up on the art of giving compliments in Malay (or pujian in Bahasa Melayu).

Complimenting someone is a standard method of making friends since it allows you to start a conversation with that person and maybe develop a closer bond with them. Therefore, finding a way to interact with the locals is crucial while learning a new language. However, the norms you use with others may not be appropriate while interacting with Malay people. Even though you know how to compliment in the Malay language, you still need to keep these 3 facts in mind.

Read on for the explanation if you’re curious!

1. The Malay People Are Known For Their Politeness And Courtesy

Since we have been immersed in western society for so long, most Malay people nowadays are more comfortable with making and accepting direct compliments. However, some Malays indeed feel uncomfortable with openly praising others. As a result, they don’t respond well to compliments, either smiling awkwardly or changing the topic. It’s unusual to find a Malay who accepts compliments with a delighted expression and says, “thank you!”.

That’s because Malay people are commonly humble and polite, especially when exchanging compliments.

The Malay culture teaches their people to be careful with compliments. Consequently, it’s important to use caution while offering compliments. The fact that the majority of Malay citizens are Muslim has a significant impact on this. Islamic idea holds that too much praise can do more damage than good.

Malay people take great pride in getting positive feedback about the hospitality they have shown to others, although they’re often reserved and humble. So complimenting those in the service industry is a great way to show appreciation and encourage them to keep up the excellent work.

Here are some words and phrases to use the next time you encounter someone attractive or realize that your Malay friends are simply too stunning to go uncomplimented.

Knowing how to accept a compliment in Malay is just as important as being able to deliver one. Here are a few phrases and words to get you started.

It’s surprising, but compliments have become a cultural difference. People in other countries, such as western nations, may be more likely to receive praise with a broad smile and an attitude of confidence. However, Malay people typically avoid embracing it. After reading facts about Malay culture, you could better understand the Malay people’s natural humbleness and politeness. You also learn Malay words about expressing and accepting praises, which is a huge plus.

Now that you know the phrase “awak sangat cantik,“ which means “You’re so beautiful,” you can use it to begin a conversation and hopefully build a friendship. We know this will make the Malay people you meet a little embarrassed, but it will, trust us, help you establish a positive relationship with the locals. However, don’t forget that you should not overpraise Malay people.

Looking for a new application that would let you compliment Malay people more proficiently? In that case, you can count on us!

The Ling App is a great way to freshen up your studying. You’ll have access to many tools for learning Malay (or Bahasa Melayu) and 60+ more languages every step of the way. If you can speak Malay fluently, you’ll have no problem communicating with locals in the city or the countryside. The flexibility of the Ling app makes it possible to learn a large vocabulary in a short period, even while traveling. The chatbot can be used to practice a new word in conversation while listening to a natural pronunciation from native speakers.

If you put in the time and effort to do the things we’ve mentioned, you can expect steady progress in your mastery of Malay. You’ll grow from a basic level where it’s difficult for you to understand Malay to an advanced level where you feel comfortable with the language in many aspects. So don’t wait and you must start now! 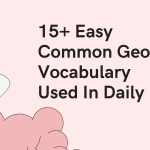 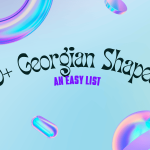 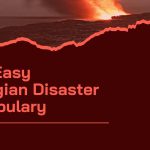 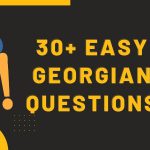