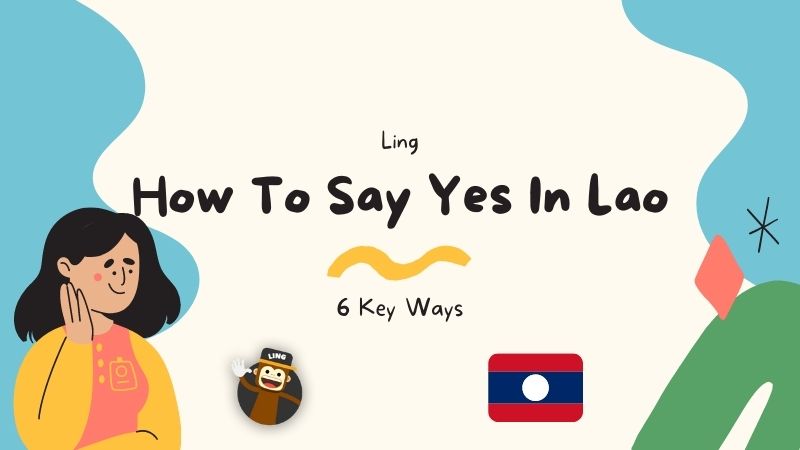 Do you want to know how to say yes in Lao? There are a myriad times when this information could be tremendously useful for you. For example, something as simple as a teacher asking you if you want to borrow a pen. In this case (if you need a pen), you’d say doi (yes) ໂດຍຂະນ້ອຍ. If this person were a monk, you’d say doi kanoy ຂະນ້ອຍ

So why the difference? Again, this is where Lao gets complicated because they use different terms when attempting to convey different levels of respect. A monk has a higher social status than a teacher, so you add kanoy, which means something like your honor.

No is a little more simple and is just bo ບໍ່.

Today’s lesson is very basic, but that isn’t always a bad thing. As the old saying goes, a solid house is built on sound foundations. Of course, if you hop aboard the Ling platform, you will find lessons on how to say to say yes and 50 more unit topics that range in level in difficulty.

How To Say Yes In Lao

In English, the common way to ‘assent’ is to nod your head; however, that has different connotations in Laos.

To nod your head is more a sign of respect than agreeing to something, although the two are similar. I have also seen Lao people use the ‘nop’ to agree to something respectfully.

The nop is similar to the Thai ‘wai’, which is done by bringing the hands together in front of the nose and bowing the head. It is often accompanied by sa bai dee, which is hello. A handshake is also becoming more common, especially in the business world; however, it is a lot more common between men.

Laos And The Power Of Positivity – Saying Yes In Lao

Often people come to Laos because they want to take a life-changing trip. Southeast Asia has become synonymous with people who want to get a second lease on life. A big part of this is the positivity of the people and that sense that they just want to say yes to life.

I think the positivity stems from the deep tradition of Theravadan Buddhism. If you explore Buddhism, the doctrines are very interesting, particularly the idea that the world is an illusion. In a way, it lends itself to a spirit of carefreeness. If all life is suffering and the world is an illusion, there is much more of a sense that you should just go with the flow.

A similar concept is the doctrine of karma, which means that you will be rewarded in the next life if you act well in this life. Passing on good karma manifests as positivity.

Say yes in Lao to learning Lao with Ling!

Ling is the best place to learn Lao phrases and basic words. As a person who only spoke the English language for so many years (and hadn’t been to a foreign country), it has been a great benefit for me to learn a second language, particularly one as beautiful as Lao.

Even a few basic phrases like hong nam yu sai– (where is the bathroom) pet noy nung– (a little spicy), and can you lower the price? – (lud dai baw).

So what was your favorite word or phrase that you learned today? Let us know in the comments.

As always if you enjoyed this blog, think about reading some others we’ve written such as telling the time in Lao and sorry in Lao

Thanks for reading and see you next time. 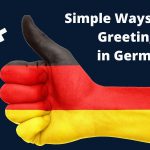 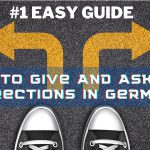 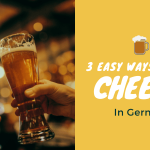 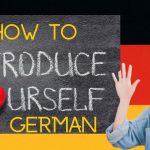 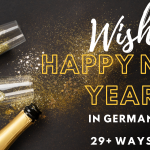 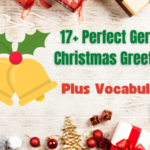