Khmer Alphabet And Tips To Write In Khmer Can you still remember your first time learning the alphabet of your own native language? It might be hard at first because you don’t have anything to start with. In this blog, you will be able to deepen your understanding of the Khmer language by learning about the Khmer Alphabet and knowing the tips on how to write in Khmer.

So if you are planning to visit Cambodia for a significant amount of time, you may want to learn at least the basics of the Khmer Alphabet.

Learning the alphabet is the foundation of learning a language. Everything starts with a single letter that will soon open the doors in writing words, phrases, and sentences. At an early age, children begin showing interest in learning the alphabet. If you can still recall, these are the days of reciting or singing the alphabet, identifying uppercase and lowercase letters, matching uppercase to lower case letters, identifying the sounds each letter makes, tracing letters, and of course, writing some alphabet letters.

Every child has their own phase in learning the alphabet. It may be easy for some children but there are also those who will really struggle and you really have to take your time and be patient. But in the case of learning an alphabet for second language acquisition, it might be different. It can be challenging because of the lack of exposure. It can also be time-consuming and will really require dedication, persistence, and hard work. This might be the reason why you are leading this blog.

But before we go any further, let us learn the varieties of Khmer.

What are the characteristics of the Khmer script? Where was it originated? How is it written? You may be wondering about these things. Well, here is some information that you may want to know about learning Khmer.

There are two forms of modern written Khmer:

Now that you have already an idea about the Khmer script, let us proceed to the Khmer Alphabet.

Like what was mentioned above, learning the alphabet is the foundation of learning the language. In Khmer, the pronunciation of each letter in a word plays a big role in understanding what you are saying. As part of the daily conversation, it is really important to know the alphabet first before anything else.

You may notice that is visually similar to Thai and Lao because these languages trace their origins to Pali and Sanskrit roots. One interesting fact about the Khmer language is that Khmer is not tonal unlike other languages like Thai, Lao, and Vietnamese wherein the meaning of the word will depend on whether it is high or low tone.

Khmer has 33 consonants, 23 vowels, and 12 independent vowels. These alphabets are hard to remember especially if you are new to this language. It will really take time to get everything right at first but nothing is impossible if you have determination.

Like most of the language, learning Khmer will not be easy at first. You may find yourself confused about the certain rules that need to be remembered and applied. You should know that the more accurate you pronounce, the more you will be understood.

Here are the tips on learning the Khmer Alphabet. Do not be in a hurry. Take your time to understand each part because every part is important.

Lets us first start with the consonants. Surprisingly, there are 33 consonants in the Khmer alphabet. It is undeniable that Khmer consonants are not that easy to pronounce. Pronunciation is important in word-formation. Consonant’s series determines the pronunciation of the dependent vowel symbols.

Below are the Khmer Consonants, Subscript, English Sound, Pronunciation Example.

Another thing that you need to know is the supplementary consonant. When two consonants are pronounced consecutively within a word, the second consonant’s symbol is written in a special sub-consonant form which is placed below the first consonant.

It always follows the consonant’s pronunciation. It might look familiar because in most cases, a smaller version of its consonant version but this is not always the case. Some may look different from the superscript.

Here are the supplementary consonants in Khmer:

After learning the consonants, let us now proceed to the vowels. Originally, there are 24 vowels in the Khmer alphabet. Since the abstract vowel is embedded in a consonant, there are only 23 vowels. Having 23 vowels, Khmer vowels is not that easy to remember. It will really take time to actually write and pronounce each vowel correctly.

The series of the initial consonant that it accompanies determines the pronunciation of a vowel.

Independent vowels incorporate both an initial consonant and a vowel. They are known as complete vowels.

Adding diacritics can modify the length and value of inherent or dependent vowels.

One of the interesting characteristics of Khmer is the use of punctuations and spacing. It is really different from other languages which makes it somehow harder to understand at first. But like I said, nothing is impossible if you put a lot of effort into it.

You may be used to writing sentences using spaces as separators but in Khmer, it is different. Spaces are not used between all words in written Khmer. These are used within sentences in roughly the same places as commas might be in English. They also serve to set off certain items such as numbers and proper names.

On the other hand, the combination of modern Khmer that includes French-style guillemets for quotation marks and traditional Khmer punctuation marks are used these days.

Here is the list of punctuation marks that are essential in writing sentences in Khmer.

Like in everything we do, the key to a desirable output is practice. There are ways on how to practice learning the alphabet effectively. As a language learner, it is important to expose yourself to the language and use the language to communicate. If you don’t have the capabilities to fly to Cambodia, you could always start learning through the use of both offline and online resources like books, video tutorials, blog posts, learning languages apps, and many other ways.

Learning any language will really be hard at first especially if you are from another country. Just like in Khmer, start with the basics to have a strong foundation then you can work your way up. Allow yourself to be exposed to different media and resources from that country like vlogs, blogs, songs, books, or even movies. Do not forget to enjoy yourself because if you are interested and you love what you are doing, your willingness comes from within. 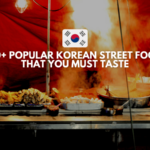 20+ Popular Korean Street Food That You Must Taste 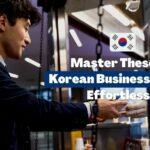 Your #1 Easy Guide To Korean Currency 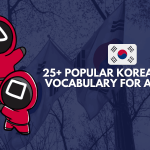 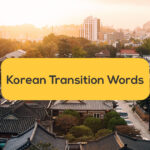 15 Practical Korean Transition Words That Will Lead You To Fluency 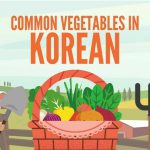 20+ Easy Words For Vegetables In Korean