One fact of life that permeates the planet over is people’s desire to talk about the weather! It doesn’t matter if you’re in monsoon season in Vietnam or fall in the U.S, the guy at your local corner store will invariably point at the sky as a way to strike up a conversation. That is why today we’re bringing you this list of Irish weather vocabulary, so you’re never caught short when making small talk.

If you’re learning Irish and want a significant boost, look no further than Ling. Ling is doing for lesser spoken languages what Duolingo did for the language behemoths. We believe that these smaller languages have been forgotten for too long. Learn Irish as well as 60 more languages with Ling.

What’s The Irish Word For Weather?

There are a couple interesting weather words the Irish use to describe weather. Can you spot them below?

The most essential thing to know about Ireland is that it has four seasons, and like a lot of countries in this part of Northern Europe, these seasons aren’t too dramatic in their intensity.

It can get up to 30 degrees centigrade in the summer but never becomes dangerous, and the same can be said for winter. If you’re a school kid, you might be lucky to get a snow day, but that’s less to do with the snow level and more the fact that the government takes a few days to clear it. For example, I had a Canadian friend who thought it was laughable how easy Ireland’s transport ground to a halt with only a little bit of the white stuff!

Perhaps the nearest Irish weather comes to being anomalous is in how much it rains- the average annual rainfall is 1230mm, which can go as high as 3000mm in hilly areas. Compare that to notoriously rainy England, which only receives 885mm.

That being said, it rarely rains enough to cause substantial flooding, and Irish people just get on with this minor inconvenience.

How To Say The Seasons In Irish

How To Ask About The Weather In Irish

Why Is The Weather In Ireland The Way It is?

Things get a little more complicated now, and we have to start discussing different ‘fronts.’

A significant impact on Ireland’s weather comes from the polar front. Simply put, Ireland lies on the line where the cold air from the arctic meets the tropical air blowing up from the equator.

If you remember those middle school science lessons, you’ll be aware that when warm air containing evaporated water from the ocean meets cold air, you get rain. This rain falls an astounding 225 days per year on the west coast of Ireland, n.b; the east coast is drier and only receives rain 151 days.

When the cold and warm fronts are particularly charged, it can cause a massive storm somewhat akin to a hurricane but not as strong. There were six named storms between 2020 and 2021.

Well, it could be worse. The battle between the hot and cold air warms Ireland considerably. If you trace the line of latitude around the world, you’ll see places in the same position as Ireland where the temperature can drop below -20.

How To Describe Temperature In Gaelic Irish

Has your learning recently left you feeling like you’re walking under a heavy rain cloud?

Did you enjoy these weather words? Do you feel energized and ready to level up your Irish?

It’s plain sailing from here on out with Ling.

There are a lot of sites out there that provide reams and reams of Irish words without giving you a clear structure in which to work. Ling is a dual mix of fun and conscientiousness.

You never have to worry about getting your Irish language practice again. Ling structures its lessons so you study for 10-15 minutes daily.

Our app keeps you accountable and lets you know how hard you’ve been studying and how hard you should be studying in the future.

If you liked this article, think about checking out a few others such as facts about Ireland and clothes names in Irish.

We’re dedicated to our own created content and constantly improving it. The blog is designed to be read in tandem with studying on the app. Here, we include more cultural features that weren’t incorporated into the learning platform and provide new articles every week.

Let the sunshine on your Irish learning; for full details, click this site link here. 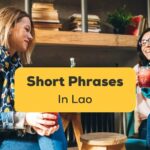 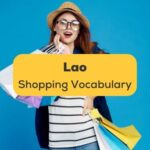 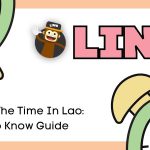 Telling The Time In Lao: The #1 Awesome Need-To-Know Guide 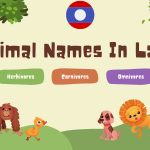 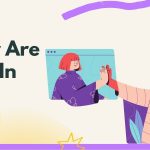 7+ Fascinating Ways To Say How Are You In Lao