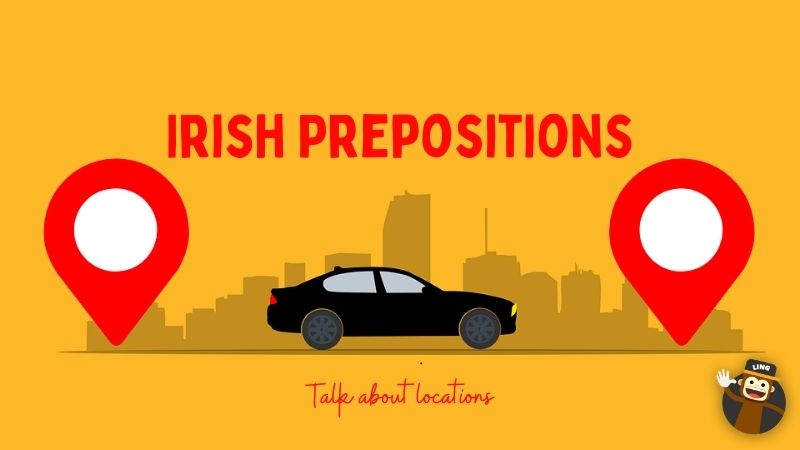 Prepositional Pronouns In The Irish Language

The pronouns in Irish are different from English and many other languages. For instance, there is a single word “you” for both singular and plural forms of the second person in English. Also, even the inanimate objects have grammatical gender in Irish.

Furthermore, you should know that using the “inn” prepositional pronouns is more appropriate if you talk in the Munster dialect. You would use the Irish preposition muid in other dialects.

Irish and English are quite different from each other in many ways. For instance, there might be many words used to describe any feelings, emotions, or physical features in English. Still, you can use “have” for all that. However, in Irish, you need to use “ar” (on).

For example, the phrase “ar mhuin an chapaill áirithe seo” means “on the back of the horse.”

Conjugations for Irish prepositions imply the relative position of each (nonverbal and verbal) noun. Let’s look at certain phrases as examples.

Now you know about several ways to use different Irish prepositions. Celtic languages are not easy to learn, but Ling App makes it a piece of cake for you. You start learning Irish using little words with Irish vowels and consonants and then move on to learning a small sentence in Irish. Each blog post has a worthy lesson for you to learn a lot from. You can have access to both the videos and written blog posts. Feel free to check out Irish Cooking Utensils Vocabulary and Easy Irish Business Vocabulary.