Are you wondering what to expect in terms of the kasalan (in Tagalog) or Filipino wedding traditions? There is no denying that being invited to a Filipino wedding is an exciting experience for everyone. Not only do we get to celebrate the unification of the Filipino couples, but we are also going to witness the rituals of the country. While you might think that Catholic weddings are pretty quick, you might have to think twice when you are talking about the Catholic wedding ceremony in the Philippines. Let’s learn more about that in this post!

Are you wondering what to expect in terms of the kasalan or Filipino wedding traditions? There is no denying that being invited to a Filipino wedding is an exciting experience for everyone. Not only do we celebrate the unification of Filipino couples, but we are also going to witness the rituals of the country. While you might think that Catholic weddings are pretty quick, you might have to think twice when you are talking about the Catholic wedding ceremony in the Philippines. Let’s learn more about that in this post!

The wedding day of a person very close to our hearts is something that we all look forward to. There’s nothing more exciting than seeing your friend walking down the aisle and celebrating the love she/he has for the person he/she is about to marry. Honestly, weddings are just magical, which is why many dream of one day being able to experience being called the bride or the groom.

For Filipinos, weddings are considered important, and it was taught to many that they should get married before they live with each other. Part of the reason that this notion exists is that the Catholic Church has always been vocal about the sanctity of marriage. The fact that you have been wed in the church and asked for the blessings of the Lord will help your relationship grow stronger as the years go by.

Filipino wedding ceremonies are sacred and are deemed an important aspect of the couple’s life. However, while live-in partners are also possible today, the elders may look down if the couple does not want to be married first. For this reason, even the local government has created multiple policies to ensure that weddings are always available and will not become a financial burden to the couple. In fact, there are popular kasalang bayan or mass weddings wherein the government shoulders the ceremonial costs.

Since most of the population of the country are Catholic believers, the wedding follows the same structure as with many other Catholic countries. However, Filipino weddings are almost always extended instead of taking just an hour or so for the ceremony itself. What makes it special is that there are priests who will even dedicate songs or a lengthy sermon with the aim of helping the couple realize how blessed they are to be in front of God and marrying the one that was destined to him or her by the Lord.

Inside the church, the two families are usually divided in terms of sitting arrangement. The bride’s family will sit on the right, while the guests of the groom will stay on the left side. In addition to that, the bride is expected to wear white and a veil, while the groom may wear formal attire depending on the theme of the wedding. In provinces, there are also folk dances and traditional attire to be worn during the wedding, but it is not usual for many.

5 Common Wedding Traditions In The Philippines

The wedding traditions in the Philippines may not be as closely the same as what other Southeast Asian countries have. One major reason for that is that a vast majority of the population is actually Catholics. For this reason, weddings are usually solemn and are held inside a church. Also, the bride and groom do not deviate from the standard attire, which involves wearing the Filipino barong Tagalog (for male) and baro’t saya (for female) or the western suit and long gown.

Aside from that, the many weddings even today usually follow the same features that reflect traditional Filipino weddings. This includes the Filipino money dance, veil ceremony, lighting of the unity candle (or candle ceremony), cutting of the cake, arrhae (also known as the coin ceremony where the sponsors will give silver coins), and the veil ceremony.

Below are 5 common traditions that you can expect if you happen to be invited to a traditional Filipino wedding.

When it comes to Filipino wedding traditions, most of the elders are still pushing the idea of getting married in the church. For them, the church is where you can literally get married before God and seek His blessings for your union. However, nowadays, there are more Filipino weddings being held in other locations. Some of the top locations include the following:

As we reach this part of the post, we hope that you were able to learn about the rich Filipino heritage that is reflected in the existing wedding traditions in the country. While there are also modern Filipino weddings that might not be the same as we have discussed here, there are still certain aspects that will remain the same.

For cases like the Chinese- Filipino weddings, most of the traditions (and religious service if both parties are Catholic) are also followed. Except for the fact that the bride usually wears pula or red as a wedding dress, while the wedding guests are to wear only those colors stipulated on the invitation. It won’t be polite if you will not follow. For American- Filipino wedding celebrations, the locals also do the money dance, but instead of putting a Peso veil on the bride and groom, the locals add dollars, making it known as the dollar dance.

And as a final touch, do remember that Filipino style wedding also equates to a wedding reception like no other. Filled with mouthwatering dishes, song and dance numbers, and partying, you surely will get a good glimpse of the Filipino culture in terms of festivities. Hopefully, this post has helped you understand what to expect if ever you get invited to attend or become one of the secondary sponsors in an upcoming wedding.

If you enjoyed this post about Filipino wedding traditions and figured that you would love to learn more about the Philippines, its culture, and its language, then we highly recommend that you check out the Ling App. With the Ling App’s language learning platform, you can discover a whole range of new words, phrases, and expressions that can prove useful, especially if you want to communicate with a Tagalog native speaker.

The whole platform is available for free, and you can try it out in an instant. Download it today and start learning the right way! 10+ Important Vegetables In Cantonese To Learn 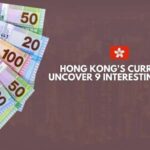 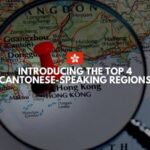 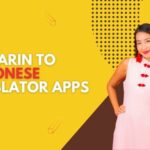 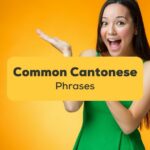