We have this idea, perhaps because Asian cultures tend to be quite monolithic, that there are no such things as Vietnamese ethnic groups. Instead, there is just one group, the Vietnamese. However, this is far from the case. Although ethnic Vietnamese (Kinh) make up 85% of the population, smaller groups like the Nung and Hmong make up just over 1%.

Ethnic communities can be found all over Vietnam, from central and southern Vietnam (around the central coastal delta and the Mekong delta) to the northern Red River delta. Even as the Vietnamese government continues homogenizing the society, Vietnam’s population retains many different ethnic groups.

But before that, let me ask how deeply you’ve considered learning Vietnamese? Are you doing everything you can to maximize your learning potential?

Although a language learning app isn’t a magic bullet (no such thing is), I still find it extremely useful personally. The most important thing it does for me is to keep me accountable. When I see my daily reminder, I know it’s time to study, and because you’re already in a good routine of studying each day, the consistency means it isn’t a slog.

If you’re interested in reading about Ling, skip to the final paragraph. If not, then come on a journey with us!

Experiences With Ethnic Groups In Vietnam

In my three years spent in Vietnam, I had plenty of chances to encounter many ethnic minorities in Vietnam (or rather people from ethnic groups).

In November 2015, I made a motorbike trip around the Dalat region of Vietnam. Dalat is famous for its temperate mountainous climate and is great for growing items like coffee and wine. Historically, Dalat was famous also for being the summer residence of the colonial officials who would leave the sweltering heat of Saigon. The journey would take upwards of a day and even now is about 7 hours on a motorbike (coming down the mountain is much faster. I took a bicycle from Dalat to Nha Trang).

Dalat is also host to a whole collection of ethnic minorities. Vietnam is not unique in this aspect. In virtually any country where you find mountains or forests, you’ll find ethnic minorities. Economies often develop in low-lying areas around rivers and natural harbors, so it’s no surprise that these mountainous people get left behind.

A fascinating similarity is the minority groups around the north of Thailand on the border with Myanmar and China. These tribes were far more problematic for the government because their main crop was opium, which had a massively harmful effect on society. The area became so famous it was nicknamed the golden triangle. If it weren’t for the revered King Bhumibol of Thailand, perhaps the area would still be like that. King Bhumibol decided to incentivize local people to grow strawberries rather than the deadly opium. Now, if you go to Northern Thailand, you will see field after field of delicious fruit!

I never did find out for sure what ethnic group I encountered around Dalat, but if I had to guess, I’d say the Lach or the Chil(which are so tiny they never made it onto our list). Like many highland communities, these groups are famous for traditional crafts such as brocade weaving and jute mate weaving. They are also avid farmers.

The two experiences that stick out in my head are first being offered a hot rice wine that was so alcoholic it just about blew my head off. It’s worth saying that alcohol in these communities is no laughing matter. Because of their remoteness and lack of job opportunities, the rates of alcoholism are higher.

The second thing I remember is watching a woman in a traditional outfit. She was breastfeeding a child as chickens ran around her feet whilst also taking delivery of a new TV. It stuck with me because it was a perfect example of old meets new. There is nowhere in the world where Western technology now cannot reach, a fact that is lamented by some and cause for celebration in others.

Life is fast-paced at the moment in Northern Vietnam. Things are beginning to return to normal in Hanoi (as well as Ho Chi Minh City) after the pandemic, and it’s time to get back to regular life. That means that if you’re living in Vietnam, you will be out and about speaking to local people. Perhaps even you will even encounter some Vietnamese ethnic groups and become involved in ethnic minority affairs and know some ethnic minority people.

Ling is the app that brings all of the skills into one location on your smartphone. Ling allows you to practice reading, writing, speaking, listening and vocabulary. There’s a little something for everyone on the app.

If you enjoyed this blog, why not check out a few others, such as Vietnamese cooking utensils and flavors in Vietnamese.

If you’re as fascinated by Southeast Asia and specifically Vietnamese culture, let us know what you’d like to see next.

Thanks for reading and happy learning! 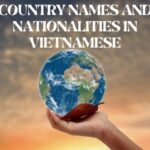 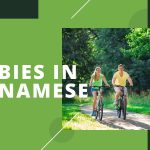 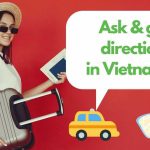 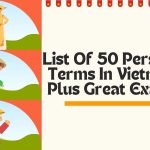 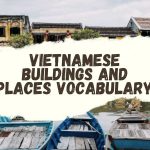