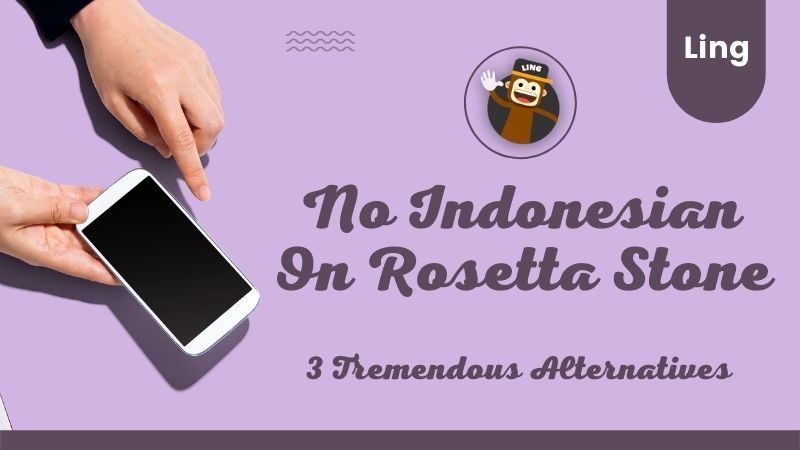 Some Basic Information About The Indonesian Language

The first thing to say about today's target language (Indonesian) is that there are so many 'Indonesian languages.' Estimates are there are 700. However, when we say Indonesian we mean 'Bahasa Indonesia', which is the country's official national language. With that being said, many Indonesians speak more than one of the indigenous languages.

Bahasa Indonesia is a version of standardized Malay and is classed as an Austronesian language. As mentioned in the intro, Indonesia has one of the largest populations globally, and as a result, the language has a tremendous amount of speakers.

Some Basic Information About Indonesia

Indonesia is located in Southeast Asia. This is something that is difficult to wrap your head around, but Indonesia actually consists of 17000 separate islands; the most famous are Sumatra, Java, and Sulawesi.

87% of Indonesians identify as Sunni Muslims. The story of how Islam came to Indonesia is worthy of an article for itself. The basics are that Muslim traders first introduced the country to the messages of Allah, and then local rulers adopted it. Another big part of its adoption was a rallying cry against colonialism.

Indonesia has a president with an elected legislative branch. Indonesia borders Papua New Guinea, East Timor, and Malaysia. The capital Jakarta is one of the most populated cities in the world.

Indonesia was under the rule of the Dutch for 350 years! The country was declared independent in 1949.

As well as there being a multitude of languages, there are also many different ethnic groups. Indonesia's economy is the 17th largest in the world and is a member of the United Nations, the WTO, and G20.

Why Is There No Indonesian On Rosetta Stone?

This is a tough one because it would seem that the economic incentives are in place. However, perhaps the reason is that Indonesia is not quite there as an economic powerhouse. Indonesia is still classed as a developing economy.

Although it is rich in terms of GDP, a lot of the wealth is concentrated in the hands of the very few. It is not the same as in Europe, with a broad middle class. With fewer people who have economic power, the capitalistic value of their language is decreased.

I think another big issue is the sheer amount of diversity in Indonesia. There is a certain amount of fragmentation in the Indonesian market because there are 700 languages. It's not like China, where the vast majority are ethnic Chinese and speak standard Mandarin.

We won't explain what Babbel is because if you're reading this review, you probably already have a good idea; instead, we'll focus on the pros and cons.

Preply is probably the only way to become a real conversational master, although other skills like grammar and reading are best practiced in other ways. The good news is that if you're learning Indonesian, you will get a good deal because Indonesian teachers are inexpensive. For example, this super qualified teacher here charges only £10 per hour.

However, as a Preply teacher myself (English), the platform has some problems. The system can be a little glitchy, and the entry-level requirements for acceptance on the platform are very low. You should probably do plenty of research and make sure you only pick teachers who have a lot of reviews.

Ling is the best option for learning Indonesian online. I think the best thing about Ling is its pure affordability. The app's headquarters are in Chiang Mai, Thailand, so operating costs can be kept to a minimum and then passed on to customers.

If you sign up for a yearly subscription for the month of May, you pay only $27. That works out at about $2 per month for access to 60 different languages. You will not find affordability like that anywhere.

Ling does much the same as the likes of Duolingo and Babbel, but we like to think with a little more charm.

If you enjoyed this blog, check out some other popular ones, such as Preply vs. Rosetta Stone and how to start learning a new language.

Learning languages has never been as fun or easy. You can learn everything from basic vocabulary to advanced language skills with just your mobile phone.

Come over to Ling, check out our Indonesian course, and start learning a new language.