Today we’re looking at LingQ vs Mondly and 5 reasons to use both. The market is very different from 10 years ago when a host of language learning apps offered little or no benefit. In this exclusive review, we pick no clear winner or loser; instead, we provide reasons you might opt for one rather than the other.

This article covers available languages, an overview of both companies, the pros, and cons of both apps, pricing, and an author’s conclusion.

LingQ is essentially a reading platform but also heavily relies on spaced repetition flashcards or LingQ’s. You can import newspaper articles from your target language and later return to new words you don’t know.

Probably LingQ’s most significant selling point is its Youtube and Netflix function. Their technology allows you to download any subtitled content and build lessons around it.

Mondly does the basic things very well. It has a conversation-based curriculum along with speech recognition, gamification, and chatbot technology. Those of you who use Duolingo will recognize many of the features in Mondly.

Perhaps the most surprising thing about Mondly is its birthplace– Romania. Many people do not automatically associate the former Eastern European country with tech startups, but then the region has prospered since the fall of Communism. For more information on the tech boom in Romania, check out this article from TechCrunch: 8 investors tell us the story behind the Romanian startup boom.

As you can see from this list, Mondly has won high praise from many corners.

LingQ Vs Anki: Pros And Cons

The choice for language learners ultimately boils down to what they are looking for in a language learning app.
The gamification elements of Mondly are excellent, and the user interface is far superior to LingQ’s. Unfortunately, LingQ’s U.I looks like it hasn’t been modified in the last 10 years.

We are all aesthetic creatures, as much as we like to tell ourselves that how something looks is not as important as what it does. The truth is, you are far more likely to go on a streak on Mondly because of its presentation and the incentives built into it. For further evidence of this phenomenon, look no further than DuoLingo(a very similar platform), which has 500million registered users!

If you are a highly disciplined learner, then LingQ is better for you. Through their reading texts, and the texts you create, you can learn languages in a much more natural way, and the natural way is always superior to the formulaic.
Of course, we all also have to take into account your starting level. The structured, formulaic approach is far more helpful for beginner learners. It is possible to build a foundation in LingQ, but it is challenging, especially for non-Latin script languages.

Both apps are excellent because you can learn multiple languages at once. Still, perhaps Mondly is superior in this regard because it has more interface languages you can use as a launching point.

Mondly for those who need a more structured, reward-heavy app.

Nobody should pretend that learning a new language is an easy process. On the contrary, departing from your native language can feel like a journey to some strange, mysterious place.

There are language courses and other language apps out there that make it seem as straightforward as the click of a button.

When you teach languages, you realize that understanding a foreign language takes time and effort and must be attacked from multiple angles. Ling is another powerful weapon in your arsenal. It has structured, bite-size lessons leading you all the way from a beginner to advanced. There is a leaderboard, so you feel in competition with other users. If you’re learning Thai, we have recently launched Ling Live, a language learning community and a place you can take online classes with Thai teachers.

The debate rumbles over what is the best language learning software. So get over to Ling, try our language app, and become involved in the conversation. 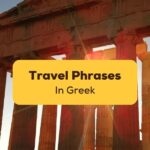 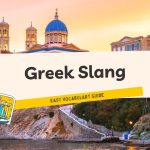 17+ Easy Greek Slang You Should Use Today! 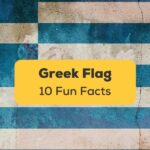 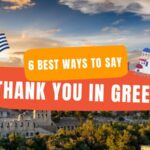 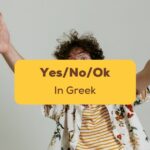 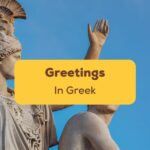