Thailand’s independence day is a landmark yearly event for the Thai people. It always takes place on December 5 because that is the birth anniversary of the late King Bhumibol Adulyadej. For this reason, it’s also Father’s Day as the King is also seen as the spiritual father of the nation.

Not many know this, but the previous independence day of Thailand was celebrated on June 24th. However, copying the European method of picking a national day, they began celebrating when their monarchs were born. This day in Thailand changed in 1960 from June 24th to December 5th.

This blog provides cultural insights on Thailand as a whole, but if you’re looking for something a little extra, think about downloading our app. Ling has everything you’ve come to know and love from other popular language learning apps, with the additional benefit of having 60 languages, Thai among them. Download the free version now and see for yourself.

Yes! This is not the day you should plan to renew your visa because government offices and schools will be closed.

However, as modernity has swept over Thailand, many private businesses have chosen to stay open. For example, you will still be able to do your shopping at 7/11.

Why Do Thai People Love Yellow So Much?

If you’re in Thailand on independence day, you’ll notice that many people are wearing yellow. In fact, large swathes of Bangkok are alive with it!

According to Buddhist belief, this is because different days of the week have different colors. Monday’s color is yellow, and Monday is also the day of King Maha Vajiralongkorn’s birthday, as well as the last King Bhumibol. Expect also to see flowers of the same color- usually marigolds.

Thailand’s independence day is a mixture of the solemn and the ecstatic.

Usually, the day starts gently with a prayer ceremony at Bhumibol bridge and a rendition of the royal anthem and national anthem. If you’ve read some of our other blogs on Thai culture, you’ll also remember the importance of merit-making. This includes everyone from a traditional Buddhist on the street to the current King.

At night there are fireworks displays in major cities; however, they have been scaled back somewhat since the death of the Beloved King Bhumibol.

How Did Thailand Remain Uncolonized By Regional Powers?

A common occurrence in many smaller countries worldwide is that they celebrate their independence on the day they were about to gain independence from a colonial power. The most famous example in the British regard is undeniably the 4th of July when the United States declared its independence.

However, a curious quirk of history is that Thailand was never colonized, even as its neighbors fell to the British and French. Why was this?

The first thing to note is that at the time, Thailand was not known as Thailand but rather the Kingdom of Siam.

Siam was sandwiched between British Burma and French Indochina, and you might think the next logical step was for one of these great powers to seize the kingdom, but in fact, both appreciated the necessity of a ‘buffer zone.’ In this way, Thailand was like a giant DMZ that you see separating the likes of North and South Korea.

The great King Chulalongkorn realized that if Siam was to retain its independence, it had to try and match European modernization, meaning he set in motion large-scale projects such as reforming the military and school system.

An oft-forgotten modernizing effort was in something as simple as map-making- or topography. Europeans would use maps to define what they owned. Suppose the leaders of Thailand didn’t have a similar example actually depicting what belonged to them. In that case, the wily Europeans could use this to their advantage and claim parts of the territory.

That isn’t to say that Siam got everything they wanted from the tension at the time. At a few different points, including the Pak Nam island incident, Siam almost went into an all-out war with the French- and they were also forced to cede control of Laos which at the time represented a significant amount of Siamese territory.

Some have also speculated about the relationship between the Thai King and the Russian tsar. Again we come back to the notion of realpolitik that would also feature heavily during the Cold War 100 years later. The power dynamic in the world was on a knife edge, and if one country was seen to be trying to gain an advantage, it could domino into full-scale war at a slight provocation.

To sum up, we know that Thailand’s independence is closely linked to Thailand’s father’s day. And that another word for the occasion is national day. The date is special because it is the birthday anniversary of the late King Rama 9 (King Bhumibol).

Now that you’re armed with some cultural information, it’s time to level up your Thai with Ling.

Ling is the number one place on the internet to learn Thai through the app and Ling Live- the platform that connects Thai learners with native Thai tutors.

If you enjoyed this blog, why not think about checking out some others, including popular names in Thai and Thai books. This blog is updated numerous times per week because we want to ensure that you, the valuable learner, never run out of content.

Thanks for reading, and we’ll see you next time! 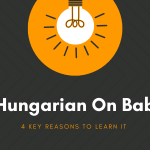 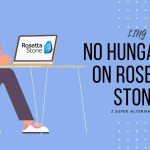