No Thai On Duolingo? 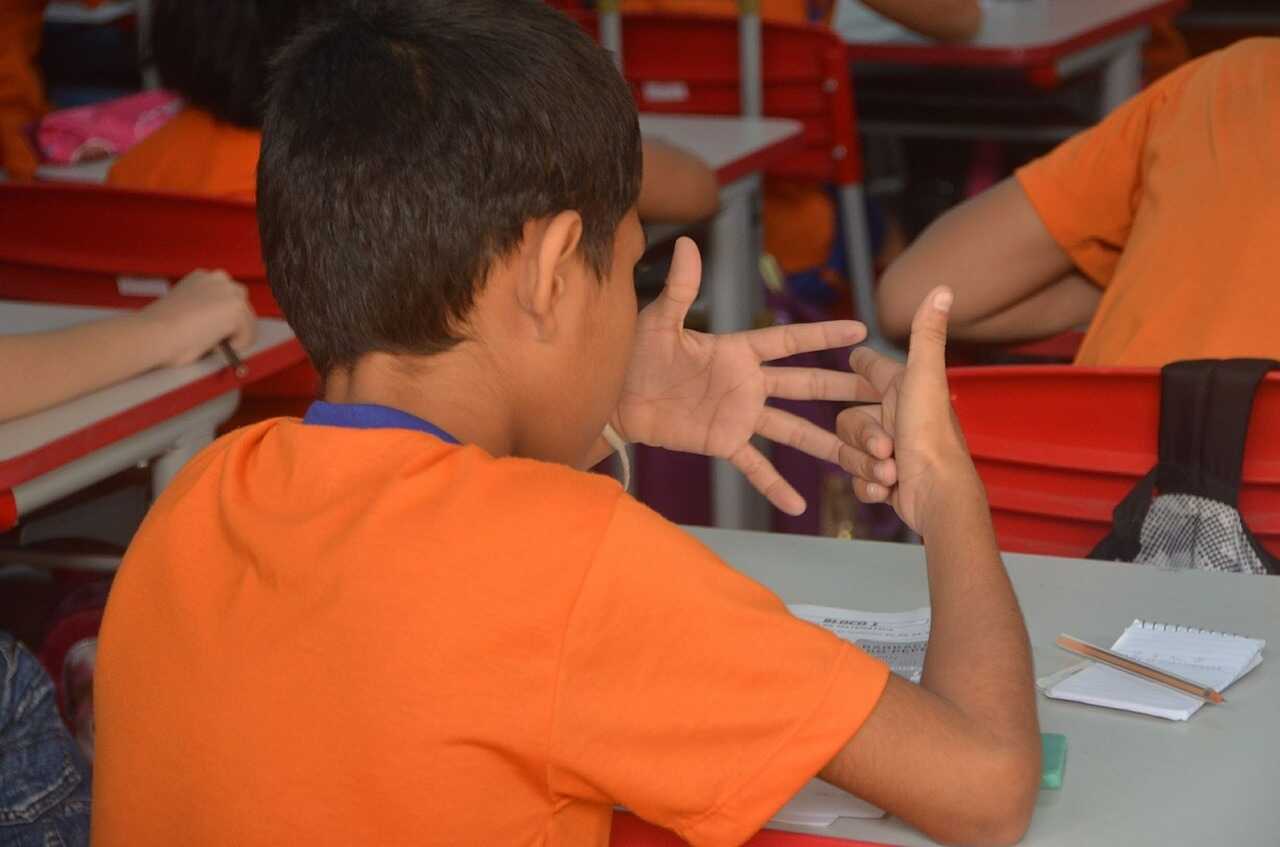 Do you know Thai numbers yet? That is quite an important question to ask yourself. Numbers are used surprisingly often in everyday life. While we likely don’t think about it often, we need to use numbers to express many things. How many bananas will you buy? Or how much do coconuts cost? And how many kilometres away is this address? And, quite importantly, what is the date today? When is my important meeting?

Learning the numbers in your target language should be, along with learning greetings, one of the first things you do. It makes communication of so many things much easier. That’s why, for today, we will look at counting and Thai numbers in the Thai language.

So, we will start with looking at the Thai number system. Here is your first surprise: Thailand has its own numerical characters. Just like the many Thai vowels and consonants, there is a Thai script for Thai numbers. While they are not as commonly used today as in the past, you may still come across them. Thai Baht notes have it written on them, after all.

Let’s have a look at the Thai numbers.

In case it wasn’t obvious, I wanted to show the general pattern, so these are the give a general impression of how counting in Thai works.

While it generally follows a regular order, there are a couple things to note. First, let’s look at twenty. Looking at the pattern, you would thing that twenty in Thai would be ‘song-sip’. Instead, ‘yii-sip’ (ยี่สิบ) is used. I am not entirely sure the reason, but it is easy enough to get used to. Then there is twenty one, thirty one, and so on. These are said as ‘yii-sip-et‘ (ยี่สิบเอ็ด) and ‘sam-sip-et‘ (สามสิบเอ็ด), where the ‘et‘ seems to mean one. Otherwise, it should be straight forward. Even the Thai numerals follow the same construction as their English counterparts.

How To Read Longer Thai Numbers

To keep things a bit more simple, I thought it would be a good idea to keep this part separate. As you can see above, the Thai numbers up to around 100 are quite simple. However, if you want to count beyond that in Thai, then you will have to think carefully how you say it.

I don’t mean to say that it is difficult though. It is very similar to English, where you just stack the numbers together. So ‘one hundred and fifty two’ (152) would be ‘roi-ha-sip-song’ (ร้อยห้าสิบสอง). Notice that in Thai they don’t have the ‘and’ when saying the number. In English, we commonly include that between the hundred and ‘tens’ part. Another thing to point out is that Thai people do not usually say the ‘one’ part in ‘one hundred’.

When it comes to reading Thai numbers that has many digits like 1,000 and beyond, things are a bit different. Where in English we would say ‘ten thousand’ (10,000) or ‘one hundred thousand’ (100,000), in Thai there are dedicated names to these amounts. Let me explain.

How To Say Million In Thai

A million is a big number. Saying that, because of the value of the Thai currency ‘Baht’, some big purchases could end up with you paying several million Baht. Think of things like buying houses or cars. After all, one million baht is only around $30,000 US dollars, give or take.

So how do you say million in Thai? You must use the word ‘laan’ (ล้าน). Then it is just a case of adding the number of millions before that word. Interestingly, there is no word for billion in Thai, so they keep adding up tens to hundreds and thousands of millions.

I was never very good a Math when I was at school, so when I started learning how to say decimals and fractions in Thai, I was a bit nervous. Thankfully, it was not very difficult at all.

Let’s start with decimals, known as ‘thot san ni yom’ (ทศนิยม) in Thai. These are quite simple, as it involves just saying the number before the decimal point, followed by the word ‘jut’ (จุด) and the numbers that follow that. 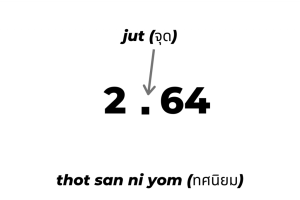 For the number 8.4, we would say in Thai ‘bpaed jut sii’ (แปดจุดสี่). This is the same for longer numbers like 432.64, which would be said as ‘sii roi sam sip song jut hohk sii’ (สี่ร้อยสามสิบสองจุดหกสี่). Note that the numbers after the point are said as individual numbers.

Once again, fractions or ‘set suan’ (เศษส่วน) are not as difficult as you may think. However, it does do something quite interesting. Basically, to say a fraction in Thai, you start with the word ‘set’ (เศษ) then put the numerator or top number, followed by the word ‘suan’ (ส่วน) and the bottom number or denominator. 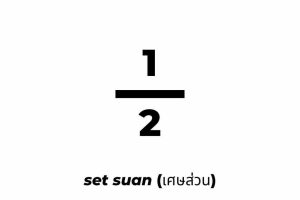 As an example, we would say ‘set neung suan song’ (เศษหนึ่งส่วนสอง) which means 1/2. If you want to place a number first like one and two thirds (1 2/3), you would say ‘neung set song suan sam’ (หนึ่งเศษสองส่วนสาม).

How To Read Thai Phone Numbers

Much like everywhere else, Thai people are always on their phone. It can be a great way to communicate with others, rather than heading out into the heat every time you want to talk.

If you are lucky enough to get someones phone number, you should be prepared by learning how to read Thai phone numbers.

So what is the best way to prepare? That’s easy – you just need to know the Thai numbers from zero to nine. Just as I would imagine every language does it, you would read out each number individually when sharing your number with someone.

Thai phone numbers are made up of ten digits. This always starts with zero with another nine numbers that are pretty much random.

It is worth noting though that the country code for Thailand is 66, so if you are calling or messaging from outside the country, you would replace the zero at the beginning with +66.

Line is a very popular messaging app in Thailand, so you may find yourself using it a lot. With Line, you can add new people by either adding their username or their phone number. That is just something to keep in mind.

House numbers, known as ‘lekh thi baan’ (เลขที่บ้าน), are not too different really. If you remember back to our post on addresses in Thailand, you should know that house numbers in the format ‘xx/xx’. The beginning part of the number before the slash (which is called a ‘thap’ (ทับ) ) is the plot number, while the number after is the house or, in some cases, room number.

It is once more a case of reading each number individually, but you would add the word ‘baan’ (บ้าน) at the beginning and say ‘thap’ (ทับ) where the slash is.

When it comes to Thai numbers and counting, money is a very important concept to learn.

As mentioned before, the local currency in Thailand is the ‘Baht’ (บาท). For the vast majority of products, you will pay in whole amounts of Baht. Whether it costs ฿1 Baht or ฿100 Baht, you rarely have to worry about decimal numbers.

Ultimately when talking about money or the cost of something, it is just a case of reading the numbers followed by Baht. If there is a decimal in the number, this would follow after saying the Baht amount and end with the word ‘Satang’.

You get the idea. This is a very simple concept to learn so, as soon as you learn the Thai numbers, you can figure out the ordinal form.

On a side note, when it comes to dates, you will need to add another word to the beginning. This word is ‘wan’ (วัน), which will make ‘wan tee’ (วันที่). Just so you know, ‘wan’ means day in English, while ’wan tee’ actually means date. Anyway, just add this to the front of Thai numbers like before to make the dates.

Learning to count Thai numbers is not particularly difficult to do. It is mainly a case of repetition, where you will get used to saying the Thai numbers over time. While there are some small deviations, it generally follows a typical pattern, so counting up to 100 or 1000 shouldn’t take long after learning one to twelve. The date is also simple to learn after learning the regular Thai numbers. These are very important skills, so you should take the time to get to know them before you visit.

If you want some more interesting ways to practise Thai numbers, you can use the Ling Thai app. There are plenty of tests and games that will help you to remember the new vocabulary and enable you to learn more efficiently.