Who doesn’t like animals? Due to its location, Thailand is home to many animals and insects that people from elsewhere would refer to as exotic. I have certainly come across some interesting creatures in my time here. There are many zoos where you can see the animals but depending on where you go, you may come across some in the wild. Today I wanted to introduce some animal names in Thai. I find this subject to be one of the more enjoyable, especially when practicing using pictures.

Here are a few of the main animals you will find in Thailand.

How To Say Elephants In Thai

Elephants have pretty much become the symbol of Thailand. In fact, they are the national animal of the country. For this reason, you will see plenty of elephants during a trip here, whether as a design on clothes, giant statues in cities, or as one of the popular beer brands. They are considered sacred to some due to their relevance in Buddhism which plays a big role in Thailand’s culture.

Elephant in Thai is ‘chang’ (ช้าง). You will most often hear this in relation to the beer than the animal unless you visit one of the many elephant sanctuaries.

How To Say Monkey In Thai

Monkeys were not an animal I really associated with Thailand before I arrived. As it turns out, there are many monkeys here. In fact, there are temples full of them. The city of Lopburi (ลพบุรี) is famous for its population of crab-eating macaques. You should definitely be careful around them though, as they can be quite vicious.

Monkey in Thai is ‘ling’ (ลิง). Yes, this is the animal that our language learning app is named after and the reason our mascot is a monkey.

How To Say Cat In Thai

Ever heard of the Siamese cat breed? Just as the name suggests, this breed of cat originates from Thailand. Much like other countries, cats are common pets. However, there is a sizeable stray cat population. You will find whole families of cats walking along the side of the road and hidden in dark corners. Generally, these cats are looked after to an extent as people leave food out for them to eat. Other than that though, they are left to fend for themselves.

Cat in Thai is ‘meeo’ (แมว). This one is quite easy to remember as it sounds kind of like the sound that cats make – a meow.

How To Say Dog In Thai

Soi dogs, named after the alleyways and small roads they call home, can be found everywhere in Thailand. The story is the same for dogs as it is for cats: they are common as pets but there are also plenty of stray soi dogs. They are also usually fed by people leaving food and water around for them to eat. To some people, soi dogs have a bad reputation for being aggressive so some actively avoid walking near to them.

Dog in Thai is ‘sunak’ (สุนัข). There can also be called ‘hmaa’ (หมา), though this is a bit more informal.

How To Say Buffalo In Thai

In the more remote areas of the country, you will find many buffalo or water buffalo around. They are used to plow the fields for farming and sometimes for food. They can be intimidating to be around due to their size but you should not face any problems unless you irritate it.

Buffalo in Thai is ‘kwaai’ (ควาย). However, be careful using this word as it is considered rude and can get you in a lot of trouble. It is best to use it only when directly around buffalo.

These are just a few examples of the animals you will find in Thailand. I tried to choose the ones you will likely see most often during a stay here. All of these should be quite easy to learn as well, being just one or two syllables each, so you should find yourself talking to people about animals in no time. We will be sure to cover more animal names in Thai going forward, so stay tuned for that.

Want to practice more vocabulary like this? Use the Ling Thai app to test yourself and see where your strengths and weaknesses are. From there, use Ling to build up your understanding further. 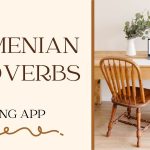 31+ Armenian Proverbs: Get Ready To be Swept Off Your Feet 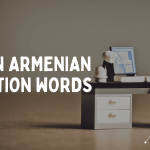 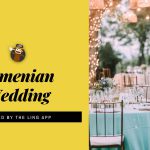 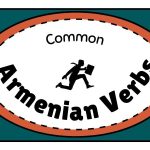 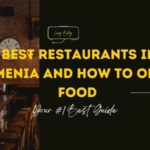 Best Restaurants In Armenia And How To Order Food: Your #1 Guide 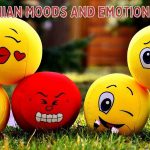