The reign of the Serbian empire or империја (pronounced as imperija in the Serbian language) dates back to the year 1346 under the rule of King Stefan Dušan. The empire emerged as the largest in the Balkan peninsula during the medieval times, gaining King Stefan the name, Dušan, “the Mighty.” This Serbian king promoted the Serbian orthodox church during his reign. Despite his accomplishments and significant expansion of the state, the Serbian empire ended in 1371 after Dušan’s death when his successor, Uros “the Weak,” lost most of his territory.

The Establishment Of The Serbian Empire

From his youth, Stefan Dušan was interested in the arts of war and the Serbian army. At a young age, he fought well in two battles – the War of Hum and the Battle of Velbužd gaining the trust of many nobles. His relationship with his father, King Stefan Decanski, was estranged as Dušan supported seizing territories, especially that of the Byzantine empire, while his father opposed it.

Stefan Dušan was made “young king” after his father, Decanski’s accession. But Dušan wanted his son, Stefan Uroš, to inherit this title. With the support of the Serbian archbishop, the military, and King Decanski’s generals, Dušan besieged his father to accomplish just that.

His next target was the Byzantine empire, where he overtook more territories. Dušan swiftly seized Thessaly with the special help of Syrgian, Dušan’s general, who had a way of convincing Greek citizens to surrender their cities rather than fight Dušan’s great army. Later in the years, in an attempt to take over Thessalonica, Syrgian was killed by a Byzantine spy.

In 1346, Dušan took over half of the Balkan peninsula and was crowned Emperor of the Serbs and Greeks, while his son took the title King of Serbs and Greeks. Despite his son’s rule of the lands, Dušan continued to govern the entire state, especially the Byzantine territories. The plans suited the Bulgarian empire and Tsar Ivan Alexander, who allied with the Serbian Emperor by offering his sister, Helena, to be Dušan’s bride.

Dušan continued seizing cities such as modern Greece, Albania, Bosnia, and most of Macedonia. After these accomplishments, he imposed a treaty assuring Serbia sovereignty over all these regions. For the smooth functioning of the state and the Serbian Orthodox Church, Dušan also created a set of laws which he called Dušan’s Code.

Nearing the time of his death, Dušan was involved in military preparations to resist the Ottoman rule and Islamic invasions by Muslim Turks from Europe. He planned to take over Constantinople and Thessalonica.

It is said that an unknown illness caused Dušan’s death, but some studies also suggest that he was poisoned.

Soon after his death, the descent of his reign and the crumbling of the great Serbian Empire began. This is where Stefan Uros, “the Weak,” gets his name, as he could not withstand the power of the Ottoman Turks and their rule.

Event #3: Cultural Shifts Due To The Serbian Empire

Due to Dušan’s rule, the Serbian empire had its highest economic, political, cultural, and of course, territorial control in all of the Balkans. It became a multi-ethnic and multi-lingual state.

Dušan insisted on protecting travelers and foreign merchants, creating a hub for trade, and boosting the economy. Ports, roads, and routes were developed for commodities with protection for the sellers. The mining of gold, silver, iron, lead ores, and copper mining also contributed to the Serbian Kingdom’s prosperity.

“Serbianisation” is a term popularly used for the process by which the Serbian culture, language, and people spread through the empire. In medieval Serbia, Bulgarians and Romanians mainly carried out this process through the state. Albanians were required to convert their religion and also Serbanized their names. Parts of Macedonia and Bosnia also were forced into this.

On visiting Serbia, a must-see would be the great fortress of Smederevo, which was the capital of Serbia in medieval times during the 15th century. All across Serbia, the display of castles and fortresses along rivers is truly a beauty to behold, giving a classic European country feel with medieval influences.

Event #4: The Changes In The Serbian Language Due To The Empire

The Serbian language is the only European language with two alphabets that are actively used. These are Cyrillic and Latin. When the Serbs gained independence from the Byzantine Empire, they were baptized by Orthodox missionaries, which is how they adopted the Cyrillic text. Until the Ottoman Empire overpowered them, the Serbs enjoyed a time of cultural and political reawakening.

Linguists know the Serbian language as the Serbo-Croatian language as it is mutually intelligible with Croatian and Bosnian languages. Serbian also loans some of its words from Turkish, Italian, German, Hungarian, and Greek languages. Needless to say, this would be a very useful language to learn for travel in Southeast Europe.

Funnily, two very popular words are Serbian but are now used in many world languages; “vampire“ and “paprika.” Who knew, right?

The Serbian language is highly inflected. The words can change meanings if their forms are not well understood. For people fascinated by the Serbian Empire’s rich history, a visit to Serbia would be a nice way to enhance your understanding, putting real pictures and experience into the knowledge.

A great way to invest in this journey is to learn Serbian. The Ling App is an excellent tool that will kickstart your learning and ensure your stay in Serbia is fruitful. Simply download the Ling App on your phone through Google Play Store or App Store, or you can learn Serbian online with Ling through the web.

Ling is a gamified Language learning App that makes language learning, even the uncommon ones, very entertaining and rewarding. It is very easy to use and also has over 60 different languages to choose from. It has the option to change languages at any time while learning more than one language. It helps immerse the learner into the language and certainly becomes a great travel companion to learn best on the go. Try the Ling App today to start your journey in discovering the Serbian Empire! 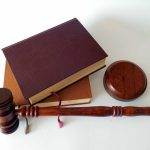 What Are The Thai Tone Rules? 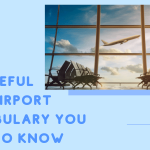 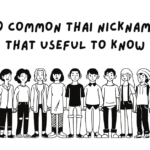 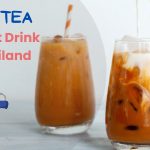 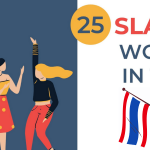 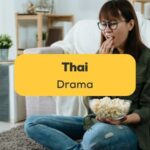