Like in all languages, conjunctions are very important when it comes to other foreign languages. In this post, we will walk you through the important information about Serbian conjunctions so that you can start constructing grammatically correct sentences in no time. After all, the only way for you to be truly understood by the native speakers is if you will speak to them in a way that is coherent and will make sense, right? If you are up for that, then let's dive right into it.

You must know that when it comes to the Serbian language, conjunctions are pretty difficult to learn. Yes, it may have an easy alphabet or Cyrillic, but it just isn't enough to create meaningful sentences. If you are passionate about ensuring that your message is getting across, using conjunctions is a must. For this case, we won't go too much deep into this topic, because we don't want to make you feel overwhelmed with the information. In fact, we constructed this guide with the goal of helping total beginners out.

For starters, let's discuss what a conjunction is. In the Serbian language, this language feature is called везници or veznici and is deemed important in the sense that it helps ties up all the loose information in the sentence. They are used by advanced speakers of the language since conjunctions can add variety to your language so that the sentence will convey the whole thought. There are different groups in the Serbian conjunctions which somehow makes this topic pretty complicated. Let's learn more about this in the next section below.

Those are the first two groups of them, Serbs call these two groups 'Pravi' and 'Nepravi', which actually means 'Real' and 'Unreal'. You can also translate these as true and false, but this sounds better and more accurate. All groups are in some kind of connection and that's why these two groups come together.

These are another two groups of conjunctions that have some kind of connection. The second group is called 'Independent' (also known by Serbian people as 'Neavisni'). The independent ones are used for parallel sentences and it has three more groups known as the Constituent (Sastavni), Opposite (Suprotni), and Parting (Rastavni).

In the text above you could see those main groups that are used for constructing Serbian sentences. Three other groups are not that important as those above, but we cannot underestimate them. All of them have only one member of the group, so they are pretty simple. Check them out below!

'Intentional' or how Serbs like to call them 'Namerni'. You use this one when you have some kind of intention in your sentence. It is the word 'Da'. This word is actually a word for 'Yes', but it is also a conjunction, so don't get too confused!

'Causal' or 'Uzročni' and the magic word used for this group is 'Jer'. This is the Serbian word for 'Because'.

*Note: If you are interested to learn more about the intricate details of Serbian grammar, check our Ling App website.

6 Most Important Conjunctions In Serbian: How To Pronounce Them?

In the text above you have more advanced explanations, which, if you are more of a beginner, you'll probably get confused. Now, we are going to talk about the most common conjunctions and how to use use them.

How To Say 'Because' In Serbian?

If someone asks you something and uses the word 'why' when it comes to Serbian you are almost always going to use the word 'Zato'. That's how you say 'because' in Serbian.

How To Say 'But' In Serbian?

'But' is something which you are going to use very often if you decide to speak Serbian at a more advanced level. The translation would be 'Ali'. It's probably easier than some others.

How To Say 'Or' In Serbian?

The word ‘or’ lets you offer an equivalent or different substitute between two or more options. If you want to say it in Serbian then just use the word 'Ili'.

How To Say 'Therefore' In Serbian?

Therefore we come down to this one (I tried to make a joke if you didn't get it...). It is pronounced 'Stoga'. It is not used that common in everyday conversation, and it sounds pretty rustic if you ask me for my personal opinion.

How To Say 'Although' In Serbian?

The translation from this English word would be 'Iako'. It is most commonly used for introducing a statement that makes the main statement in a sentence seem surprising synonym though.

How To Say 'And' In Serbian?

Probably the easiest one of them all. For this word, you will use one letter only and it is 'i'. When 'and' is used in describing locations, it indicates a point where two streets meet or cross.

The topic may seem difficult especially for new learners but we cannot deny that conjunctions are extremely important in creating sentences that can be understood by the locals. If you enjoyed this post and would like to get more detailed information about the complex grammar points, then we highly recommend that you check out the Ling App by Simya Solutions.

The Ling App is a language learning application geared for enthusiasts craving to master a foreign language on the go. Through its versatile mobile application that is available for free, you can get gamified content and professional lessons created by real native speakers and language specialists. And the best part? You do not have to commit hours using it as you are guaranteed to pick up important language information by just using the app for at least 10 minutes a day.

So, what are you waiting for? Download the Ling App from the Apple App Store and Google PlayStore now to start learning Serbian today!

More From The Serbian Blog  and  Serbian Grammar 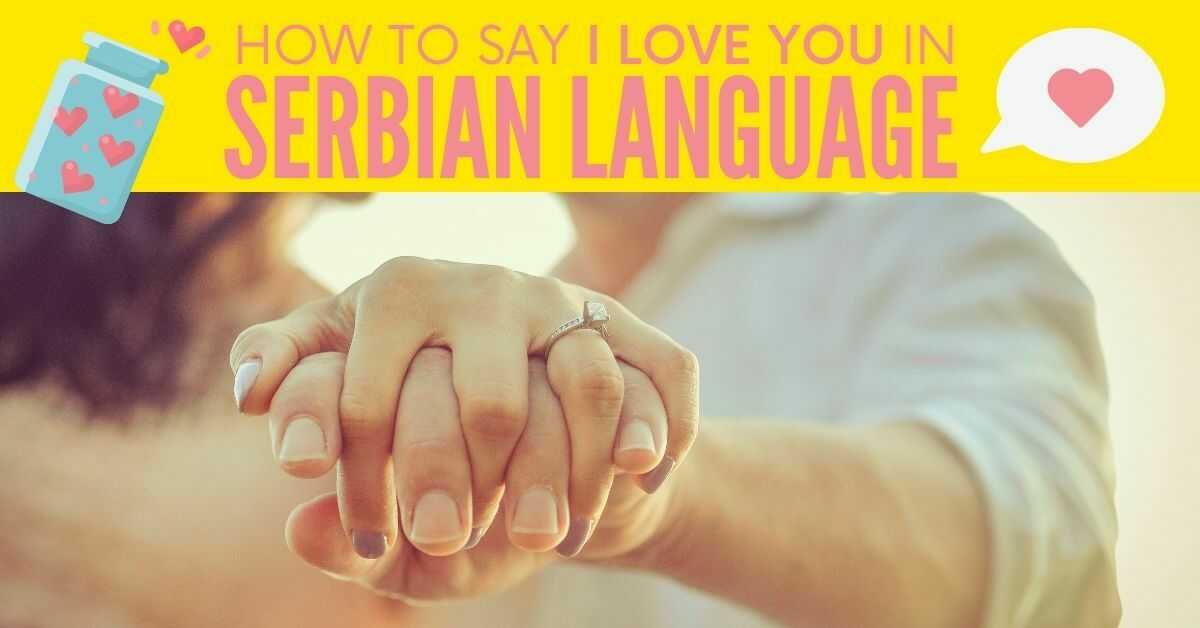