Let me teach you all about introductions in this beautiful language: how to introduce yourself in Serbian, how to ask for someone's name and how to meet others in Serbia. Also, we will talk about what to say when going apart from the person you just met and how to respond to that in the Serbian language.

You should not introduce yourself in Serbian like that! So, it would be best if you did not ask others "Kako se zoveš" (What's your name?) since that is not a way of talking among adult people. A question: "A kako se ti zoveš?" we ask children.

There is another question that comes to my mind: "Ko ste vi?" (Who are you?) or "Vi ste…?" (You are…?) but you shouldn't use either of them because it's kind of rude. If you use those phrases, you are basically saying, "Who the hell are you?". Even if it sounds a bit formal, it shows that you are not a fan of that person.

How To Introduce Yourself In Serbian

Now we will talk about how you should behave while meeting someone in Serbia and asking for the other person's name like a local.

Basically, you have three situations in which Serbian meet each other:

In Serbia, people usually meet each other through some other person. The introduction looks like this: they simply shake hands and say only their first names.
Ok, let's introduce ourselves!

I will go first and say: "Stanislava"
and then you should answer with your name.
And I can add: "Drago mi je." (Nice to meet you.)

The second opportunity to meet someone can be while waiting for a train or sitting next to another person in an airplane. Also, you can meet in a situation where you're waiting in a line in a bank or waiting for your friend to come. Then it would feel natural to start small talk with a person next to you.

In that kind of situation, Serbians don't start talking to another person by asking about their first name. They just start talking about common things like prices in the stores, how hot it is today, how slow the clerk is at the counter. Men like to talk about sports, football, and tennis in most cases. And only when a few sentences are exchanged, it is the time to get to know each other. So, one person will usually tell, "Uzgred, ja sam Stanislava!" (By the way, I'm Stanislava!) and the other will respond with his or her name.

Another chance to meet someone and find out his or her name can be in the situation when the two of you already met, but you forgot. When that happens, you should say: "Izvini, znam da smo se već upoznali ai sam zaboravila tvoje ime. Možeš li da ga ponoviš?" (I'm sorry, I know we've met before and I forgot your name. Can you repeat it?). 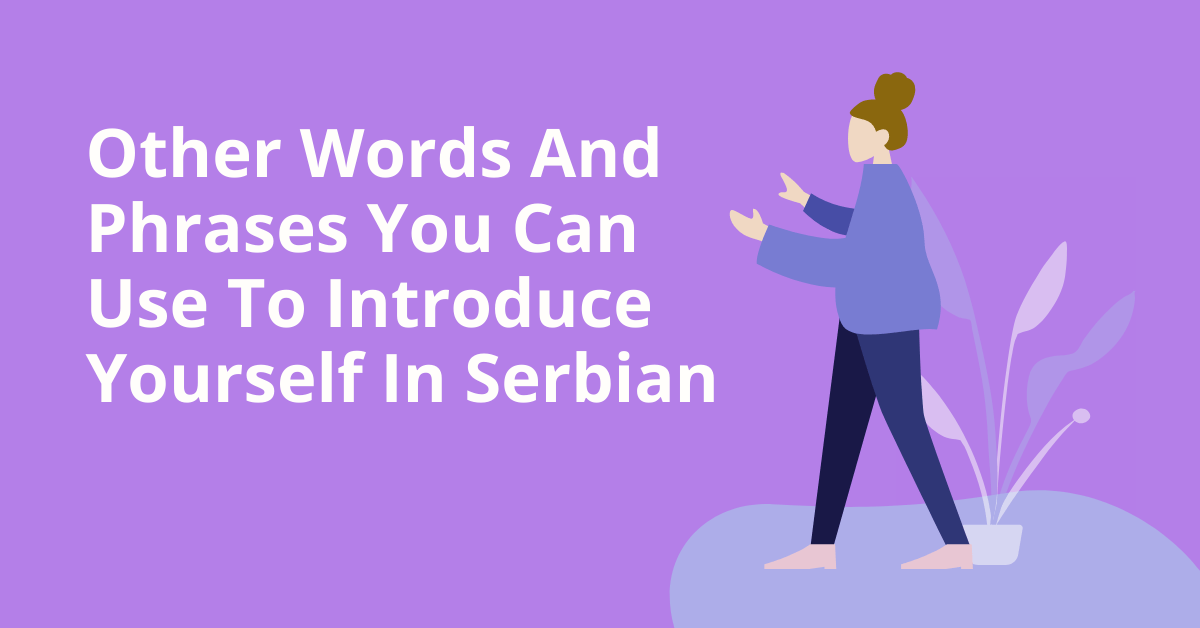 It's a pretty important thing to know how to introduce yourself In Serbian while talking to someone from Serbia or when you are visiting this beautiful country. And if you want to learn other useful words and phrases or to master Serbian, you should use the Ling App.