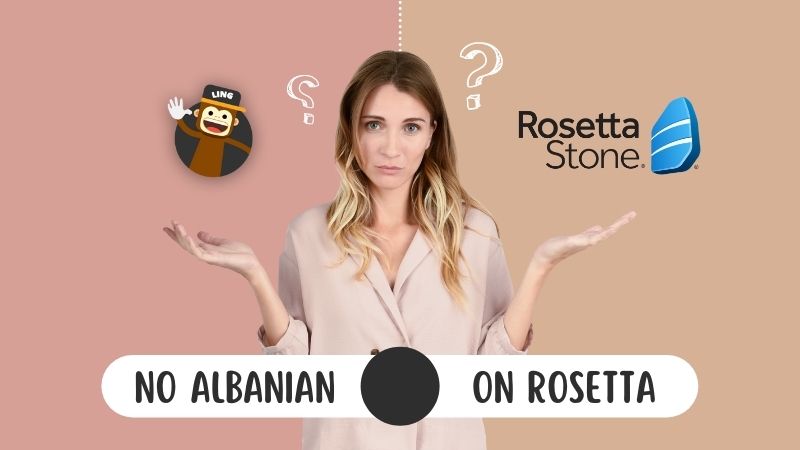 Did you know that there's no Albanian on Rosetta Stone? However, you probably already know this if you're a close follower of language learning apps. There are many reasons for this, but the most likely is that the financial viability of having multiple smaller languages is not as great as focusing on giant European languages like English, French, and Spanish.

(Albanian is the native language of the Albanians, although they have a different name for it. Albanian is one very interesting language. It has its own branch on the Indo-European language tree.)

Ling is attempting to become a massive, multifaceted learning community. We want to create active groups in language spaces across the world. That means we don't want to focus on languages spoken by many speakers, rather on building up the community base in languages like Albanian.

That is why we have designed a language learning app that makes learning Albanian fun, easy and informative. Ling has over 50 units with many sub-lessons within each unit. Come and see for yourself.

No Albanian On Rosetta Stone - What Are The Alternatives?

So what are the alternatives for improving your Albanian language skills outside of Rosetta Stone? Don't worry; there are a few great options.

Why Should You Learn Albanian?

We think Ling is the best up-and-coming language app for lesser-spoken languages. But what can Ling do specifically for you?

We have a dedicated Albanian blog on our website. It's updated twice a week, once by me and once by another one of our excellent writers. Some popular posts recently have been how are you in Albanian and basic Albanian words and phrases.

Thanks for reading this article 'No Albanian On Rosetta Stone: 3 Great Substitutes.'