There’s nothing like celebrating Christmas and the New Year in Eastern Europe. The scenery is just stunning, with fairytale-like buildings and rooftops powdered in snow. Any of the major cities in the nations surrounding Slovakia would be ideal places to bring in the new year, but how many people can say they’ve been to Slovakia and wished a Happy New Year in Slovak? Let’s take a look at what you can expect should you celebrate and party with the Slovakian people on New Year’s Eve.

In Slovakia, the 31st of December is named Silvester after the great Saint Sylvester to commemorate his death on the same day.

On New Year’s Eve, most Slovakians can be found in the mountains, at home with family and friends, in a hotel, or watching the countdown on TV. Major cities will host public and private parties with lots of dancing, and at midnight you can expect fireworks usually show near the town square. People will make toasts (learn how to say cheers here) and resolutions, too, just like is done in the west, and wish Happy New Year in Slovak.

What is rather unique to Slovakia is that on Silvester, there are two celebrations. In the morning, there will be a special new year celebration dedicated to children in the evening, and nights are for adult fun! Many will stay up all night into the early morning on new year’s day (Nový rok).

Most new year festivities for children and adults will be held near a city’s town hall or town square, typically with live music and dancing.

Where To Celebrate New Year’s In Slovakia

As mentioned above, cities will all celebrate, but there are two really popular cities in Slovakia that go all out for New Year’s. Some popular places up in the mountain regions are also trendy among tourists. In order to get around more easily, you should brush up on transportation vocabulary in Slovak.

The popular places to celebrate New Year’s in Slovakia are:

Here are a few unique ways that Slovakians bring in the new year. If you find yourself in the company of Slovakians or happen to be in Slovakia, be sure to understand the traditions around you so you can join in!

Lucky Foods To Eat On New Year’s In Slovakia

Just above, we mentioned the importance of pork and sauerkraut. These will traditionally be served with some of the following foods, which also have significant meanings (although you’ll be sure to notice they seem to be obsessed with money and wealth!)

What Not To Eat On New Year’s In Slovakia

The foods that are ill-advised to eat by Slovakians over the New Year have everything to do with how the creatures move. You don’t want to eat lobster or crab because they are bad luck! This is because they move backward and can lead to misfortune.

Eating pretty well any type of bird, including chicken, is a faux pas because they can fly, and they might fly away with all of your good fortunes!

How To Say Happy New Year In Slovak And Related Words

The Slovak language is a bit tricky to pronounce, so we’ve added an audio translation for each phrase. Just click the blue button to listen to each expression.

How To Say New Year’s Resolutions In Slovak

Like many in the world, Slovakians will make a traditional wish for the New Year. The translations in the Slovak language don’t mean exactly the same thing as they do in English, but the general sentiment is the same.

Learning Slovak is going to take some dedication and time, but you can kill two birds with one stone. What we mean is the Slovak language is so similar to Czech that you can potentially learn two languages at the same time!

We recommend using Ling App to help you prepare for visiting Slovakia. With Ling, you’ll learn how to pronounce difficult Slovak words and phrases. The app offers much more, though.

Ling is a popular language app with over 10 million downloads and 60 languages. You’ll experience reading and speaking practice by talking with the patented chatbot, meaning you’ll pick up on the perfect accent and pronunciation in no time!

Another significant aspect of Ling is the SRS flashcards. This means the flashcards adapt to your needs based on your proven level and can increase your long-term memory.

Head over to Google Play or the Apple Store to check it out and learn even more Slovak language skills. Download Ling today and start speaking confidently in Slovak! 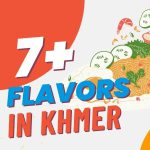 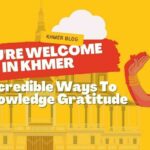 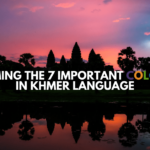 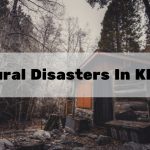 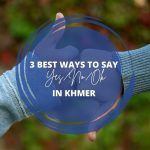 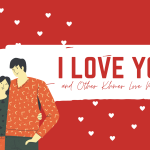 I Love You and Other Khmer Love Phrases