Are you currently learning Russian? Think you have what it takes to impress a native Russian speaker? If not, you might want to learn some essential Russian idioms!

Similar to your own native language, we all know that the usage of common expressions in a particular language can tell us everything - whether the speaker is a native or non-native (despite obvious physical differences in one's appearance).

You may not intend to become a native the moment you take up Russian, but you definitely want to sound like the local Russians when speaking. Yup, it's a dream to be able to sound similar to a local, especially when you're in pursuit of acquiring a foreign language. In that case, let's learn some common Russian idioms you can use not to amaze its natives solely but also to enrich your Russian vocabulary.

Russian Idioms: Are There Idioms In Russian?

Russian is wealthy with its local idioms and expressions as the largest country on Earth, with over 150 million native speakers. If you're wondering does, Russians have idioms in their native language. The answer is a definite yes! And frankly, (apart from patois, pidgins, and creoles), it's pretty unusual to know a human language that does not have a creative form of expressions like idioms and proverbs. What are the most common Russian idioms in Russia? Well, you're about to find out and learn! Here's a list of the essential idioms that Russian native speakers generally use.

1) взять себя в руки - to pull oneself together 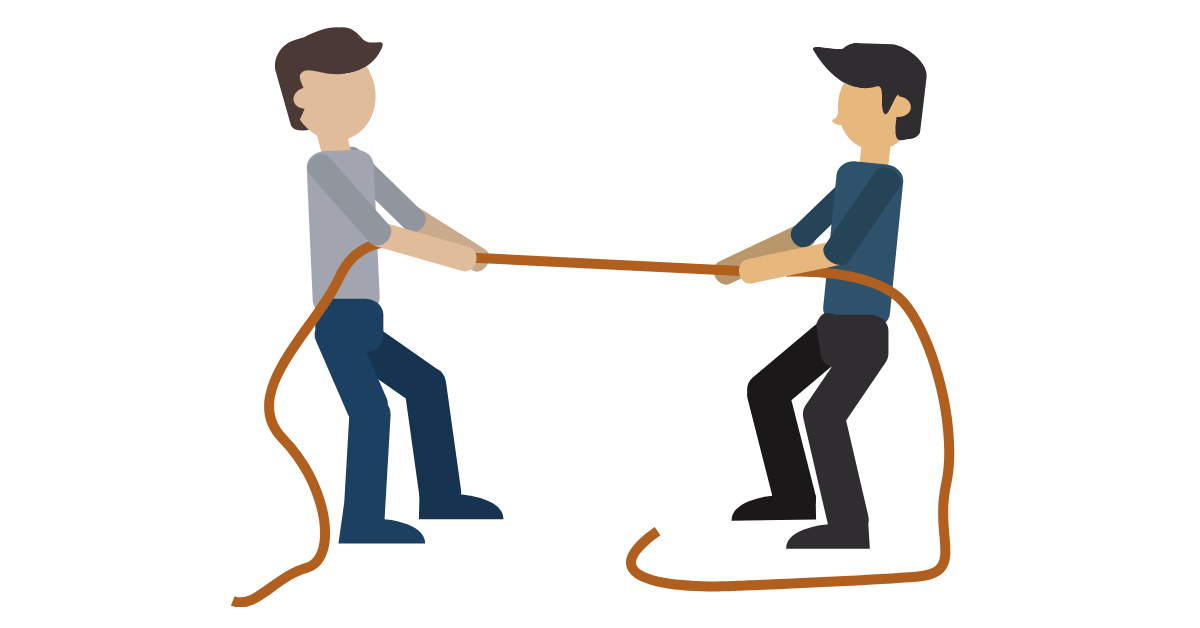 Russian Idioms: взять себя в руки - to pull oneself together

This Russian idiom is not only common in the Russian language - everyone knows it's also a popular English idiom. The literal translation of взять себя в руки (which is pronounced as vzyat' sibya v ruki) is to take oneself in one's arms. When put together, it figuratively means to pull oneself together or to get a hold of yourself. It's the words Russians utter to tell someone to take control and get a hold of oneself, mostly directed towards one's emotions and composure.

The English idiom or saying of this one has a lot of variations today - get it together, pull it together, get a grip, snap out of it and get your act together.

This Russian idiom (the pronunciation: syest' v loozhu) literally means to sit in a puddle. Well, in logical terms, a person would not voluntarily sit in a puddle - it's usually done by accident or unintentionally. Plus, you'd agree that seeing a person in such an occurrence may seem a bit foolish or embarrassing. Due to that, this phrase is equivalent to the English phrase "egg on one's face." What do you feel if there's an egg on your face? Embarrassing and foolish - yup, similar to сесть в лужу.

= Do you really want to embarrass yourself with your mother watching?

Pronounced as shutki v storanu, this one means "seriously." Sometimes, it's translated to "all kidding aside" or "jokes aside" in English. Let's see an example of its usage:

= Sir, all kidding aside, I get to put it on my résumé?

так и быть (pronounced tak i byt’) is an expression that means 'so be it.' Yup, it's similar to the common English phrase too. These words are used to signal acceptance and reception.

Если понадобится больше, так и быть = If it takes more than two weeks, so be it. This Russian idiom is also pretty common in English. когда рак на горе свистнет indicates the meaning that something is never going to happen. The English equivalent is when the hell freezes over, a cold day in hell and when pigs fly. The literal translation of this Russian idiom is "when a lobster whistles on top of the hill," and this is how you pronounce it: kogda rak na gore svistnyet.

To make this learning of Russian idioms more interesting, other languages have their own version of this particular idiom too! Apart from English, когда рак на горе свистнет is similar to "when hens have teeth" in French and "when cows dance" on ice in Dutch!

6) Как рыба, вытащенная из воды = like a fish taken out of water

This is another commonly used Russian expression. It means like a fish taken out of water. This idiom also corresponds with the phrase не в своей тарелке (meaning: not in one’s plate). This expression points out that someone is feeling out of place, most probably because he is in a new social environment that unfamiliar people.

The Russian language also means that someone is just downright uncomfortable, awkward, and maybe feeling a little bit lost. These Russian idioms, не в своей тарелке and Как рыба, вытащенная из воды, also hint the idea that a newly discovered environment may be too overwhelming for some people to experience.

= Hiroshi is a fish out of the water... living in the West.

The literal translation for this Russian idiom is to create, generate or make an elephant out of a fly. Simply put, the underlying meaning is to make a big deal out of something. This idiom unquestionably comes in handy whenever you see someone who likes to exaggerate, overreact or overamplify a certain thing to be more serious or severe than it actually is.

The pronunciation of this expression in the Russian language is dyelat’ iz mukhi slona. If you run a search of the translation of this idiom, you might be interested to see the variations of meanings this one has; to make a big thing out of it and, my personal favorite, to make a federal case out of it. Ultimately, the literal translation of this particular idiom tells it all.

Looking for phrases that relate to time in the Russian language? This is definitely one of them. The literal translation of this idiom, in particular, is my hands can't make it to a point where I can do it. What's the meaning behind that? Well, it's an expressive way of saying I have no time to do something.

So, next time, if you're busy or too preoccupied with doing something, feel free to use this idiom (pronunciation: ruki ne dohodyat) to impress your Russian friends.

9) Вот, где собака зарыта = That's the heart of the matter

The pronunciation of this particular phrase is vot gde sobaka zaryta. Essentially, out of all Russian idioms, this one has a deeper meaning - it refers to the crux, core, or essence of something - the root, the origin, the center. So that you know, the literal meaning of this idiom is "the place where the dog is buried."

But the true meaning behind it doesn't involve anything lifeless as conveyed in its literal translation - in contrast, it directs or uncovers the root of a particular issue.

Wondering what this pancake word signifies in the Russian language? I'd say it's the Russian way of saying a curse word - the delicate, sugarcoated way. Yup, among all 15 Russian idioms you learn today, this one substitutes a vulgar word. So, instead of saying the English equivalent curse like dang it, the Russians use pancake!

According to the Russian dictionary, the pronunciation of this Russian idiom is ne goni loshadyei! Apart from that, its literal translation is "do not rush the horses." In simple words, the meaning of that would be don't be in such a rush or don't rush things.

If you see one of your Russian friends are fooling around or acting aimlessly, you can say valyat' duraka to describe them. The meaning of this Russian idiom? - To fool around or do nothing. Other than these meanings, this idiom can also mean to screw around in English. In essence, it is all about not taking things seriously or not paying one's attention to something.

This Russian idiom isn't just popular in Russia - it's also the English idiom everyone knows! Similar to its English meaning, in Russian, the meaning of this expression refers to the fact that one would not achieve anything without making any effort.

The pronunciation of this Russian idiom is bez truda, ne vytashish i rybku iz pruda. Feel free to use it with your Russian friends.

Ever heard this Russian idiom being uttered by any Russian speakers before? It would sound like this; smatret’ pravdye v glazah. The literal translation of this idiom is to look the truth in the eyes. Figuratively, it means to face up to something, to face the truth.

Yup, we also have an English equivalent for this Russian idiom - to face the music. It's used to state the fact that a person needs to encounter and go through the consequences of one's actions.

This Russian idiom (pronounced smatret' skvoz' pal'tsy) also has its equivalent English idiom. It figuratively means what the English speakers say "to turn a blind eye." That phrase is relatively straightforward - it means ignoring, disregarding, and turning a blind eye. The literal translation of each word of this Russian idioms is to look through one's fingers.

Learn How To Speak Russian Today

I hope your Russian vocabulary expands and grows after learning 15 Russian idioms today. Russian can be a bit tough for starters, especially if you don't have any prior knowledge of its writing system, the Cyrillic alphabet. Seeing a bunch of alien, unintelligible sentence structures may confuse your brain and impact your language learning process. So, what to do?

If you really want to learn and master Russian, feel free to buy a Russian dictionary. This is one totally traditional tip, but it works wonders. A Russian dictionary will help you enrich your Russian vocabulary and increase your mastery of spelling and writing Russian words and phrases.

Apart from learning Russian through conventional means, you can discover all modern alternatives. You can pick up new languages quickly through a language mobile app. Try Ling app, a free gamified, interactive language learning application. You can acquire not only the Russian language but also the English language, Malay, French, and others!

More From The Russian Blog