21+ Delicious Dutch Food You Must Try For some cultures, it’s really easy to cultivate an image of the types of food you can expect to eat. Dutch cuisine on the other hand may have you drawing a blank. Can you name any famous Dutch foods? Not to worry! Your eyes and stomach will be pleasantly surprised by the delicious Dutch food.

You can expect a mixture of traditional Dutch food and internationally known cuisine. For the most part, this article will focus on Dutch cuisine that you likely haven’t heard of or some that you have that the Dutch have added their own particular twist to.

Let’s take a look at some delicious Dutch cuisine!

These are the sides of a traditional Dutch dish or traditionally eaten as snacks or with various meals. The Netherlands is the land of cheese, pancakes, and sausage apparently! Let’s dig in.

Fun fact! Did you know that the Dutch have been making cheese since 800 B.C? Another fun fact – who knew that the Netherlands exports the most cheese in the world? So if you love cheese, book your ticket now!

The Dutch love cheese so much that they consume an average of 21 kg (that’s over 46 pounds!) per person annually, so you’ll have some serious cheese-eating competition.

In Dutch cultures, you’ll find Dutch cheeses are eaten for breakfast, for lunch, or as a snack. The most popular types are Gouda cheese and Edam cheese. Those and many other types of cheese can be found at traditional cheese markets around the Netherlands. They are:

You may be wondering something and the answer is that Gouda and Edam are actually places and the cheeses were named after these cities!

Dutch smoked sausage is called Rookworst, but it’s definitely not the ‘worst’! Get it?! Ok, I’ll stop being punny. You’ll find that Rookworst is served with other Dutch meals such as stamppot (which you’ll see below) or is traditionally served with erwtensoep (a soup).

Many say it tastes like a hotdog but the outside skin is crispy and the sausage is bigger.

When you see the Dutch version of the pancake you’ll notice it’s bigger yet thinner than American pancakes, however when compared to a French crepe, they are thicker.

What’s really interesting is that the Dutch have no rules or etiquette on when it’s best to eat a Pannenkoeken. In fact, you can eat them for breakfast lunch, breakfast or dinner! Yum!

Dutch pancakes are delicious food often topped with bacon, apple slices, cheese, or raisins. You can get plain pancakes as well with powdered sugar or syrup topping.

What Do The Dutch Eat For Breakfast, Lunch, And Dinner?

Well, here’s the thing. There’s almost no distinction between what you should or shouldn’t eat throughout the day in the Netherlands. There seems to be an attitude of eating what you want when you want, which is rather quite refreshing.

If you want breakfast for dinner, a Dutch person certainly isn’t going to judge you, in fact, they’re likely to join you!

There are some foods however that are favored for morning times which we’ll take a look at now, although they can be had at any point throughout the day or night.

One thing is for sure, the Dutch people love bread nearly just as much as they love cheese. In fact, all breakfasts and lunches begin with bread which is a huge part of the Dutch diet. The Dutch diet is very different from the American diet, with a heavy emphasis on meat, cheese, and bread.

Breakfast bread as we’ll call it comes in different forms but it is always delicious.

Hagelslag are actually sprinkles of all different tastes. Essentially Hagelslag is put on the Dutch version of a sandwich, although it’s usually served open-faced. Chocolate sprinkles are the most popular and you can sprinkle Hagelslag on many other types of food as well.

This is a typical Dutch breakfast cake. It’s actually spicy due to its ingredients of ginger with cloves, nutmeg, and cinnamon. It’s often served with a hot cup of tea and is rather popular because it can last for weeks apparently even outside of a refrigerator.

Some of the food in the Netherlands has been heavily influenced by the nations the Dutch once colonized. Pastechi is such an example. It’s a Dutch pastry that originated in Aruba, an old Dutch colony. It’s a sweet breakfast pastry stuffed with meat such as ground chicken or ground beef. There can be tuna, cheese, and vegetables inside of it too! Maybe now you can see why it’s more of a meal than a dessert.

Ah, the Tosti! I’ve even heard this word used in Thailand to refer to the famous 7-11 ham-cheese toasted sandwich. The term originates from the Netherlands which calls the typical Dutch food of two bread slices stuffed with ham and cheese, a Tosti!

People from the west would recognize Uitsmijter Spek En Kaas immediately as a typical breakfast meal because it looks like, well, breakfast. It’s a plate served with fried eggs, ham slices, and cheese.

Funnily enough, historically this was served as a late-night meal after a night out.

This is another traditional Dutch breakfast consisting of toast soaked in milk and raw egg which is then fried in a pan. It’s similar to French toast, except it’s hard. The Dutch love it because it prevents them from having to waste bread as they can use hard bread to make it!

The Most Famous Dutch Foods For Lunch And Dinner

As mentioned earlier, there really is not much distinction between lunch and dinner meals. They are often interchangeable with even breakfast being eaten for lunch. Many of these meals can be found served streetside and are known as Dutch street food.

So here are some of the best Dutch food

Another assimilated food is Sate. You might recognize it by the name chicken satay which first originated from Indonesian cuisine and was appropriated into Dutch culture. Essentially it’s a skewer usually with chicken on it that is grilled and served with a thick peanut butter sauce.

This soup is one of the most popular Dutch foods served in wintertime. It’s a thick soup not dissimilar to a thick pea soup, except think even thicker. The Dutch believe it should be so viscous that a spoon can be stood upright in it and not fall over

Erwtensoep is full of the goodness of peas, celery, leeks, carrots, and pork. It’s traditionally served with slices of Rookworst and rye bread.

Hachee is the Dutch word for hash but is actually a mouthwatering stew. It’s another one of the popular Dutch dishes for people in the wintertime. Tenderized beef served in caramelized onions is served over a bed of mashed potatoes. Bay leaves and cloves are added for extra flavor.

Stamppot is a traditional food dating back to the 1600s. Traditionally eaten in winter, it’s a hodgepodge of mashed potatoes and vegetables. It’s served with Rookworst and is said to be hearty and delicious.

Of course, we can’t forget to mention herring! Haring or Hollandse Nieuwe is probably the most famous Dutch food known around the world.

If you like sushi then you’ll love the way the Dutch cook, or should I say, don’t cook the fish. Herring is traditionally served raw with a side of gherkins (teeny tiny pickles) and raw onion.

Not only that, but how the Dutch eat herring is quite particular. They have a tradition of holding up the fish whole and then eating it by the head!

Not to worry, you won’t be expected to do that and you can also get herring fried or smoked.

Oh, and by the way, herring can only be called ‘Hollandse Nieuwe’ if the fish is caught between the months of May and July.

The Most Popular Dutch Snacks, Treats, And Desserts

The Dutch love their snacks, especially in the Netherlands. There, you can find snack vending machines out on the street that serves some very interesting delights. Some even say the Dutch are the most prolific snackers in the world!

Which Dutch treat will you try?! Let’s find out what’s in store.

The English translation of kroket is croquette but the Dutch have taken their own spin on it. The Dutch kroket is made from ground meat and is meant to be eaten almost sandwiched between bread slices or hamburger buns. Sometimes it’s served standalone. You can get a kroket pretty well anywhere from Mcdonald’s to a vending machine.

This is the Dutch version of French Fries! Patat is actually a French slang word for potato. In the Netherlands, you’ll find the same snack has different names such as Friet, Frites, or Vlaamse frieten.’

Dutch fries are thicker and enjoyed with copious amounts of mayonnaise, ketchup, curry ketchup, or peanut sauce. A famous version is called patatje oorlog and is served with mayonnaise, raw chopped onions and peanut sauce. Apparently, it looks gross but is utterly delish!

Watch out foodies! You’ll be in love with this savory snack! Bitterballen is easily the most famous traditional Dutch food. They are spicy beef balls deep-fried in hot oil. They’re popularly served with mustard sauce.

Poffertjes look like a Dutch pancake but the miniature, fluffier version. A popular Dutch street food, they are served with a lump of butter and powdered sugar, whipped cream, syrup and strawberries can be added on top too! Yummy.

As the Dutch love pastries, they deserve their own special section. This type of food is something the Dutch are masters at making, so you absolutely can’t go to the Netherlands and not try at least one of these pastries.

Who knows? Maybe having one will change your mind about pastries if you don’t normally like them!

The stroopwafel is kind of like a cookie. They’re also referred to as Dutch waffles, albeit the flattened kind. Stroopwafels are the most famous pastry from The Netherlands made with baked batter with two waffles served with special sweet and sticky syrup, called ‘stroop’ in the middle.

Like the famous cheese, the stroopwafel hails from Gouda and was invented in the late 1700s.

You probably know these as apple turnover. In the Netherlands, an Appelflap is shaped into triangles and people are known to carry them around in their pockets or purses as a snack. It’s often enjoyed with Rootworst and cheese!

Appeltaart is the Dutch apple pie. Some people will add cinnamon and raisins or whipped cream to make it taste even better. In winter people will enjoy a hot cup of tea or coffee with this dessert.

Boterkoek is a soft butter cake that is said to resemble a sponge cake. Sometimes people will add almond paste or vanilla to the batter to make it taste different.

Are You Hungry For More?

Learning, that is! Let’s learn more Dutch together. Right now on our blog you can learn how to count in Dutch, or learn how to talk about colors. Alternatively, head over to Ling App which is an all-encompassing tool to help you learn the Dutch language.

Learning Dutch with Ling offers a completely different learning experience that you can try out right now for free.

You’ll receive a reading, writing, and listening practice through audio which is recorded by native Dutch speakers. Ling, our adorable monkey mascot, will also quiz you and keep you accountable.

Over 10 million people can’t be wrong! Ling App is pretty awesome and we offer an opportunity to learn over 60 languages too. 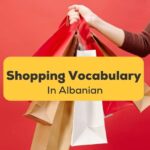 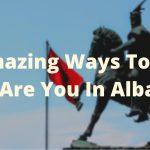 3 Amazing Ways To Say How Are You In Albanian 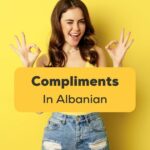 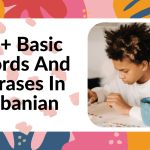 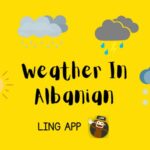 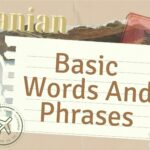