No Nepali On Mondly? 2 Other Amazing Options! 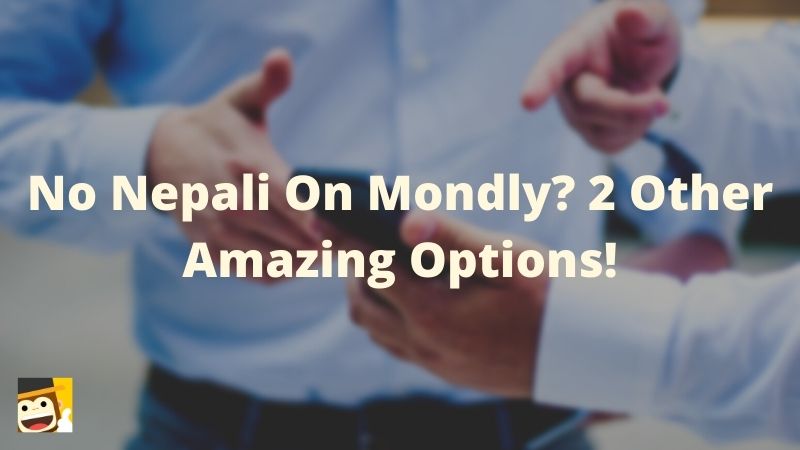 It can be difficult to find lesser spoken languages on language learning apps, which is why we want to introduce you to the Ling App and Simply Learn. Both these apps offer Nepali as a target language, along with countless other languages. Not to mention, they have some amazing features to help you learn languages as effectively as possible. Language learning has never been so easy with these apps!

So, let's start off with a brief introduction to the Nepali language. Next, we'll give you our insights into the Mondly language app. Lastly, we'll share some of the greatest features of our 2 language app recommendations - Ling and Simply Learn.

Where Is Nepali Spoken?

Nepal is a South Asian country in the Himalayan mountain range. The country shares borders with Tibet, China, and India. Its capital and largest city, Kathmandu, is definitely a must-see if you plan on going to Nepal. Currently, Nepal has a population of approximately 30 million!

Why Should You Learn Nepali?

Besides the fact that learning a new language can help keep your brain sharp and memory strong, Nepali is a beautiful and elegant-sounding foreign language.

Nepali is actually spoken in many other countries besides Nepal, which means you'll be able to communicate with people in multiple countries if you commit to learning this language. Won't that make your travels that much more better and special? Some other countries that speak Nepali as a second language include India, Bhutan, Brunei, Myanmar, and more.

Unfortunately, there is no Nepali on Mondly, so you're out of luck if you were hoping to use Mondly to learn this language. Instead, Mondly offers more widely spoken languages, such as Chinese, English, and Italian. So, we're here to give you our insights on the app and to help you figure out if its features and learning methods align with your goals as a language learner!

To make things easier, we've compiled a list of the best features of Mondly.

So, now that you know some of the pros and cons of Mondly, you can make a decision as to whether the app is right for you. If you're interested in learning vocabulary, then this app might be perfect. However, if you want to learn the more intricate parts of a language, like grammar, then you might want to consider using an entirely different app or another app in addition to Mondly. It all depends on the language learning goals you've set for yourself!

Aside from Mondly, there are 2 other apps you can use to learn a new language, such as Nepali. Those are the Ling App and Simply Learn.

The app also offers more interactive lessons through its AI chatbot. With the chatbot, you can practice your pronunciation and overall conversation skills. How great is that!

Ling is for everyone - from beginners to advanced learners - and its friendly interface is easy to navigate no matter your age. You can find Ling in the App Store, Google Play, and a desktop version.

What's more, Ling has a free language blog for you to extend your knowledge of languages even further. The blog covers an extensive number of topics, such as culture, history, food, and even helpful language tips. If you love languages, then you'll love the Ling blog!

Simply Learn is another great language learning option, which is why we've listed some of its best features below!

Of course, Simply Learn has other great features, but we'd like you to have the chance to check them out yourself by downloading and using the app!

That's why we've shared 2 other language learning options - the Ling App and Simply Learn - so that you can continue your language journey no matter what.