20+ Useful Latvian Verbs You Should Know 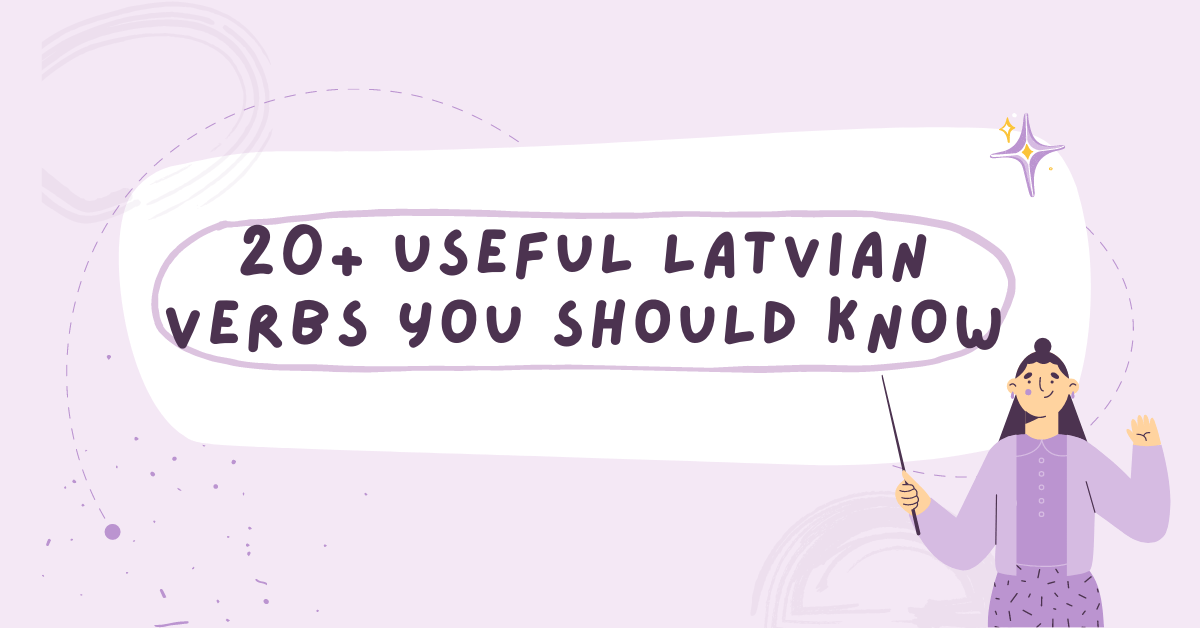 Do you want to learn some basic Latvian verbs and conjugations? If your answer is yes, then you are at the right place. From simple tenses to Latvian grammar, you will get to know a lot about the Latvian language.

Latvian, also called Lettish, is spoken in Latvia. Since 1918, it has been an official language there. It is related to the Baltic branch of the Indo-European family and is spoken by nearly 1.5 million people. If you want to learn this language, you can use the Ling app, a great language learning app.

To have a better grip on Latvian grammar, first, you have to study its basics. Latvian verbs, conjugations, adjectives, adverbs, and other additional terms are essential in learning this language.

How to detect a verb in a tense? The answer to this question is straightforward. A verb is a word that does the action; it changes according to the tense in which it is used. Let us discuss some of the common Latvian verbs and their usage in different tenses.

Past tenses show actions that are existed in the past. The verb used in past tense or past perfect tense changes accordingly. We can write the above verbs as following:

Future tense shows the action that is going to happen in the future. Verbs used in future tenses are shown in the following table:

Conjugation is the method to change a verb's form to reflect tense, conditional mood, imperative or debitive mood or person, etc. In English, verbs alter depending on who they are used with (you, I, us) and when used at different times (now, later, before). Conjugate verbs mean transforming them into various forms to offer context.

Use Of Latvian Verbs In Active And Passive Voice

For better understanding, let us use Latvian verbs in the active and passive voice of the present stem.

Some Common Latvian Verbs You should Know

Following are some basic Latvian verbs that might help you in the future:

I hope you now have a better understanding of Latvian grammar with simple tenses to conjugation verbs. But if you didn't get enough information about the Latvian language, we suggest visiting Simya Solution's Ling app. It is a language learning app that will help you to learn more about Latvian. With its spaced repetition games and writing tests, you will learn basic Latvian grammar quickly.

To explore more about the Latvian Language, you can read these blogs "Introducing Yourself in Latvian" and "Say sorry in Latvian." Visit the Ling app today and learn more about your target language now!