Sabaidee! I’ve done a fair amount of travel in my time, and undoubtedly, the most stressful part of the trip is the airport. This is why Ling has designed this list for Lao vocabulary for the airport. The Ling App has an entire unit on how to negotiate your way around the airport, and why not check out our phrasebook on Simply Learn, which is an essential guide for phrases. Here are a few basic to get you started: Baggage kapao ກະເປົາ Passport nangsuphanaedn ໜັງສືຜ່ານແດນ Takeoff thod ຖອດ

The most important thing to know about getting around in Laos is that it is a landlocked country, so you won’t be taking a boat to get in. That being said, many people do get around by the country’s waterways, the most famous one being the Mekong River.

Another point to make is that Laos is not a central international travel hub; not even the capital Vientiane operates many international flights(in fact, there are no flights from Laos to outside Asia). It’s a lot more common for people to fly into Bangkok or Hanoi and make their way on land to Laos. It takes approximately 1 hour to fly from either of those regions to Vientiane. To be honest, I wouldn’t recommend traveling by land from either of these places. For the price of a bus ticket, you only save about $30 but lose countless hours.

Flight tickets are more expensive in July and August as well as December.

How Much Does It Cost To Get From The U.K. To Laos?

How Much Does It Cost To Get From The U.S. To Laos?

It’s far easier to travel from the West Coast than the East Coast. However, there’s usually still a layover in Japan or Korea as well as Bangkok. In total, the flight could take 24 hours. As previously, we recommend getting to Bangkok, taking a night’s break, and flying on from there to Vientiane. If you want to see the country, of course, you can travel by car. As of 2022, the price to fly from California is approximately £600.

How To Get From Southeast Asia To Laos

With the rise of low-cost airlines, Laos has become highly accessible from other Southeast Asian countries. It is straightforward to get from Thailand, Vietnam, and Southern China. You can fly twice daily from Bangkok for a very reasonable price. A flight from Bangkok takes about 1 hour. Flights from Ho Chi Minh City and Hanoi take approximately 1 hour, although you enter Vientiane by a different direction.

There are currently 15 airports in Laos. However, some are not commercial. They are in alphabetical order: Attapeu, Luang Namtha, Luang Prabang, Oudomsay, Pakse, Xieng Khouang, Nathing, Savannakhet, Sayaboury, Wattay.

The 2 most used are Wattay in Vientiane and Luang Prabang.

A little information about Wattay: It is situated 3km outside of the city and has a large domestic terminal which was constructed in 2018. There is also a military airbase at the airport. The airport has everything you’d expect from an international airport, including bars, banks, restaurants, shops, and wifi.

Are you serious about learning Lao? Well, Ling is the right platform for you. This blog, ‘Lao vocabulary for the airport,’ is just a taste of what we can offer.

Ling ticks all those boxes, whether you’re just desperate to travel to a foreign country, interested in learning a new language, or specifically the Lao language. Our audio is all recorded by native speakers, so you can be assured to have that crisp Vientiane dialect (note: a lot of Lao is also spoken in Northeast Thailand, Isaan).

We also have speaking practice with our chatbot; although it isn’t as good as being surrounded by Lao people, it’s the next best thing.

If you only speak English, it isn’t enough in this modern-day. We live in an increasingly globalized world where your willingness to show that you are a global citizen is very important. Finding out about Lao culture could become a big part of that journey.

If you enjoyed this blog, check out some of our other blogs, including greetings in Lao and useful words and phrases in Lao where you will learn vital phrases like khoi yak (i want) khoy baw khao jai (I don’t understand) hoang nam yu sai (where is the bathroom?). 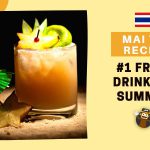 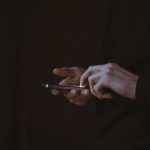 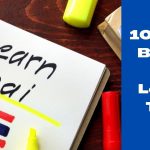 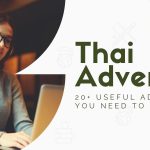 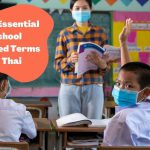 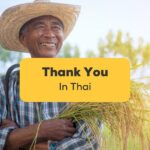 How To Say Thank You In Thai (With Audio): #1 Useful Blog