Learning a language is different than learning its accent. Despite mastering a language’s rules, grammar, and vocabulary, you may leave someone in a fix as your accent and pronunciation might need to be clarified for the listener. This article will solve this problem for you so learn the Korean accent and shock your friends with it.

Learning Korean accents can prove even more complex, and you need to put in extra effort as it is a different language; thus, you should only claim to know the Korean language if you can speak in the proper accent. Accents are tricky yet picky, aren’t they?

Korean, i.e., Hangugeo (한국어), is the official language of Korea. It also takes its vocabulary from Chinese and Japanese origin, primarily used in writings, religious texts, and dictionaries.

One thing that you need to get a grip on is Korean dialects. Like all the other major languages of the world, Korean has different dialects, which are usually classified as standard language, i.e. (사투리) and regional dialects (방언).

The Korean language is spoken both in North Korea and South Korea but with different dialects.

Similarly, other dialects include those spoken in Busan, Jeju island, Seoul, etc. thus, these dialects are generally referred to as Busan, Jeju, Jeolla, and standard, respectively.

Tips For Learning The Korean Language

Learning a new language is a big task, but we will make it as simple as anything for you. Learning the Korean accent takes equal time and the same amount of energy as it takes learning its vocabulary, so here are a few things that can help to make you a native one from a foreign-accented speaker and help you polish your Korean-spoken language skills.

Focusing On Sounds And Syllables

Focusing on sounds would be an excellent tip for you. The first thing you encounter while in a conversation is that you use correct vocabulary and structure, but still, the other person needs to get your idea.

The answer to this understanding lies in using and pronouncing single words and phrases. Taking a comment from a dictionary and saying it aloud can make you grasp its vocalization. Still, it gets different pronunciations when combined with other words. How interesting!

Focusing On Syllables And Stress

Learning syllables and the stress pattern in the Korean language will make your accent learning an easier task. Korean is a syllable-timed language; thus, all the syllables are most pronounced with the same tone and stress, without a significant tonal shift.

All the syllables are pronounced with the same stress level, which is quite different from other languages, especially while speaking English, as English words are most stressed. So, if you say Korean considering it is a stress-timed language rather than syllable-time, you would sound foreign and jumpy, gathering some awkwardness in the conversation. You obviously do not want to be the one like that.

Making Yourself A Good Listener

Listening is a quality that not everybody has, but if you are a good listener, it is a plus point here. The easiest possible and plausible way to make yourself an excellent natural speaker of the Korean language is by making yourself all ears. Your acquisition of a Korean accent improves with time if you keep giving a superb ear to it.

Listening to an audio or video could help grasp the sounds, intonations, inflection, and tone more naturally and fast than any other source.

Sounds that you hear get processed in your head. They thus come fluently when you are speaking in the Korean language without stressing yourself out to put effort and produce certain words and letters, especially consonants, as vowels are easier to grasp.

So, just pop in your earphones, couch yourself, start listening and let your ears and head linked into the audio or video and learn standard Korean naturally.

If you are a self-learner and dedicated to learning the Korean language, listen to and watch some native speakers’ conversations or speeches.

Try reproducing it in your voice, record yourself and listen to it. Compare your recording with that of the native and try improving it with time.

Trial and error is a progressive process. Firstly you will use the conversation, speech, and Korean pop music dramas as a point of reference, then slowly, you will be able to catch your errors yourself and thus will remove your inaccuracies, thereby improving your accent.

Getting Engaged In Casual Speech

The characteristic of Korean being a non-stress-timed language can help speak the standard accented language as all the syllables are stressed as identical, so there is no need for non-native speakers to focus on the intonation patterns of words.

Taking pauses and gaps while speaking indicates that you are uncomfortable, so you should talk comfortably so that you may get fluent in the n Korean language quickly.

You can easily do this by being a friend of one of the native Korean, as getting into a conversation with native speakers of the Korean language is still another source of exposure to it.

Technology has made this easier as now you don’t need to find some native Koreans. There are many online platforms where you can easily find a native Korean as your teacher and engage in conversation with him/her.

It not only gives you first-hand experience of the sound patterns of Korean but also exposes you to some new things as the other person carries an entirely new set of language, stress patterns, intonations, inflections, etc.

If you are traveling to Korea for tourism purposes and have to get engaged in conversations with the natives rarely, learning some phrases with perfect and native accents will do the job. Some of the common words/phrases could be as follows.

Ling up is a language learning app that has facilitated millions of learners with its unbeatable quality of lectures. Ling app gives lessons in more than sixty languages like Korean, Italian, Thai, Spanish, and many more. Learning a foreign language is easier if you know the Ling App, as it lets you get freed from the task of getting google to translate everything for you.

It not only provides a comfortable environment to the students but also does its best when it comes to teaching strategy; it gives its lessons through flashcards, slides, and quizzes. Google Translate can take you so far, so to learn a regional dialect or Korean sounds, you will need our help.

In a nutshell, if you are a language lover and looking for a perfect platform to pursue your learning, the ling app is the best option that you can choose. Get yourself ready, install the app, and you are prepared to learn your favorite language. Practice hangul daily to become a pro and get better at learning bout Korean culture!!!

Download the Ling App now from Google Play Store or App Store and start learning the Korean language like a pro! 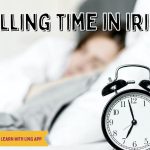 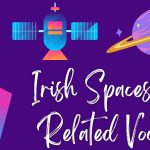 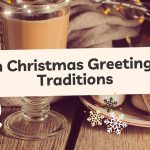 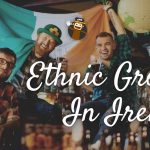 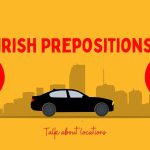 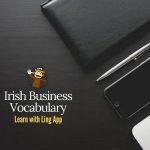