Korea is one of the most powerful countries in the world. It is a country with a rich and unique culture, and this is reflected in its language. One aspect of the Korean language that is particularly interesting is Korean words that mean power. These words not only reflect the Korean people’s cultural values but also provide insight into how power is perceived and wielded in Korean society.

Korean is the official language of both North and South Korea, and it is spoken by millions of people around the world. It is a very powerful language, and to express that power, there are actually several ways that Koreans express this feature.

The Korean language is rich in words that describe various forms of power. These words range from those that describe physical strength and dominance to those that refer to mental or emotional power.

In this article, we will explore some of the most commonly used Korean words for power, including their definitions and how they can be used in sentences.

This word is used to mean both power and authority. It is closely related to influential power, so it is often used to express the power to control something or someone.

The aim is to give people more power over their own lives.

This word is used to mean physical strength and power. It is also associated with the use of force to do something physical.

He has such incredible strength.

This word is used when you want to say that something is hard, such as a task or even a person. Other synonyms are backbreaking, strenuous, tough and difficult.

What’s so hard about that?

The literal meaning of this word is “strong.” You can use this word to compliment someone on their physical or mental strength.

Another word used for physical power, 힘세 (himse) is used when you want to say that something, or someone, is incredibly strong and mighty.

He is very strong

This word, although not directly related to the word power, also is a way to show strength and stamina. 에너지 – eneroji is used to express energy and activity.

This word is not very commonly used, however, it also has a meaning associated with the possession of power. It is used to characterise someone with great speed, strength or haste.

pull the rope with all one’s strength

This is another word for power, and it is used to express the act of being powerful.

약점 (yakjeom) is a noun that means “weakness” or “vulnerability.” This word can be used to refer to a specific weakness or vulnerability of something or someone. In Hangul, this word is written as follows:

I discovered his weakness.

약함 (yakham) is an adjective that means “weak” or “frail.”It might be used to describe a person’s overall state of weakness or frailty. In Hangul, this word is written as follows:

He has a weak punch

Knowing the Korean words for both power and weakness can be incredibly useful on your next trip to Korea. These words can help you navigate social and business situations, understand local news and media, and even improve your overall communication with Korean speakers.

By getting yourself familiarised with these words, you can better understand Korean culture and traditions, along with certain actions from Korean people.

You may think that Korean is a hard language to learn, and in reality, it can be challenging. However, I have a tool that I think will help ease the difficulty of this process and get you to speak Korean in no time!

Besides that, why don’t you explore our blog and check our other articles about the Korean language, like how to say the different months in Korean or the most popular Korean actors!

Let me present to you Ling app, a language learning application that is here to revolutionize the way languages are taught worldwide. This application sits on your smartphone so that you can access it anytime and everywhere! Whether you’re going to school, waiting for a doctor’s appointment, or just chilling at home, with only 15 minutes a day, you can drastically improve your fluency in Korean.

We believe that the language learning journey should be fun and enjoyable. And for that, you need quality, engaging resources to make it easier than ever for you to grasp every part of the new language.

Ling App will be your best friend along this journey. 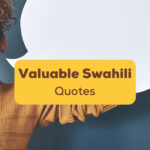 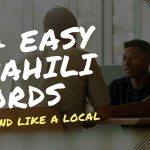 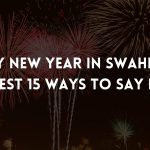 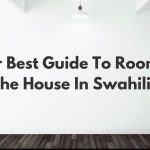 Your #1 Best Guide To Rooms In The House In Swahili! 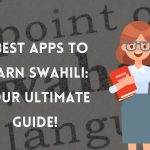 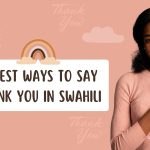 4 Best Ways To Say Thank You In Swahili