Are you ready for an out-of-the-world language lesson in Korean? Prepare yourself to take off as we learn some Korean spaceship words 우주선 Ujuseon in 3-2-1!

Just recently, Netflix dropped another Korean Film entitled “Space Sweepers.” “Space Sweepers” have been receiving a lot of popularity and positive audience reviews not just because the lead character is Song Joong-Ki but because of its storyline and award-winning art. In fact, the film bagged the “Art Award in the 2021 (57th) BaekSang Arts Awards.

This just proves that Koreans can also nail Sci-fi films, not just K-dramas. Before the film “Space Sweepers,” South Korea already gave the iconic K-drama “My Love From the Star,” which made history in the K-drama world. Well, it totally makes sense because combining Gianna Jun and Kim Soo-Hyun, this K-drama will really become total lit!

Since you love space, let’s learn some Korean spaceship words. You can also level up your game in learning Korean or other languages using Ling App.

What’s The Korean Word For Spaceship

In the Korean language, the word spaceship is 우주선 (Ujuseon). Everyone wonders what’s beyond the surface of the Earth. Thanks to technology, we now have an idea of how amazing it is up there and how little the Earth is, as seen from above. If you search the meaning of spaceship, it is a noun that means a spacecraft, particularly one piloted by a crew.

South Korea has the Korea Aerospace Research Institute (KARI) to explore different explorations and research about space. Now that you have learned your first Korean space word let us learn some more. If you want to know more information, just keep going!

One of the most important Korean spaceship words that we need to learn is space. The space/universe is a lot to take for a human brain. Its complexity makes it incomprehensible for use. Did you know that the space is completely silent? Because there is no atmosphere in space, sound has no medium or path to travel in order to be heard. No wonder why astronauts use the adjective incomprehensible for the space/universe.

In the hit Korean film “Space Sweepers,” you’ll be discovering a lot about space, so if you love Korean films and space at the same time, why not grab a bucket of popcorn and binge-watch it on Netflix.

Do you know what it is like to become an astronaut? Well, for starters, you have to know that being an astronaut requires a strong commitment. You’re not just investing your time, skills, money, and effort. It’s your life we are talking about. Astronaut candidates will go through a two-year basic training program in which they will study survival skills, language, technical capabilities, and other talents required of astronauts. A whole NASA space suit costs $12 million, which is a lot of money to sacrifice.

Last October 21, 2021, the South Korean rocket “Nuri” blasted off. This is a big step for South Korea because “Nuri” is their first homegrown rocket. Unfortunately, it has failed to complete its mission. For some reason, it was unable to enter the proper orbit.

There are many planets in the Solar system, so the next Korean spaceship word that we will learn is “planet.” Let’s start with some fun facts about our own planet. Each day on Earth, you only get one chance to view the sunrise or set. In space, it’s more difficult to overlook; the sun rises and sets every 45 minutes or so. Also, did you know that our solar system’s hottest planet has a temperature of 450 degrees Celsius? And it’s Venus, not Mercury.

Our Korean spaceship words will not be complete without learning how to say the word telescope, which is a really must-have item for aspiring astronomers and astronauts. It makes the galaxy seems so close and reachable for people here on Earth.

Other Korean Words and Phrases Related To Space

Ready To Take Off! Learn Korean With Ling!

Are you thinking about leveling up your language learning experience? Worry no more because Ling will bring you to a whole new world of learning. Every word, phrase, verb, noun, adjective, and sentence can be learned with an audio recording. Lessons are backed with linguistic research and arranged in flashcards with translations and examples.

So, what are you waiting for, go to your web browser and search Ling App. You can also download the app and start learning Korean now! 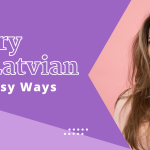 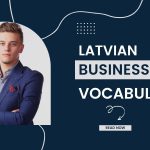 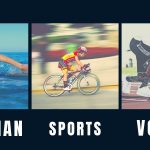 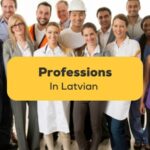 Learn 99+ Professions In Latvian That You Should Not Miss 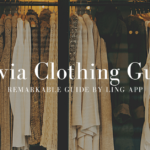 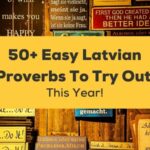 50+ Easy Latvian Proverbs To Try Out This Year!